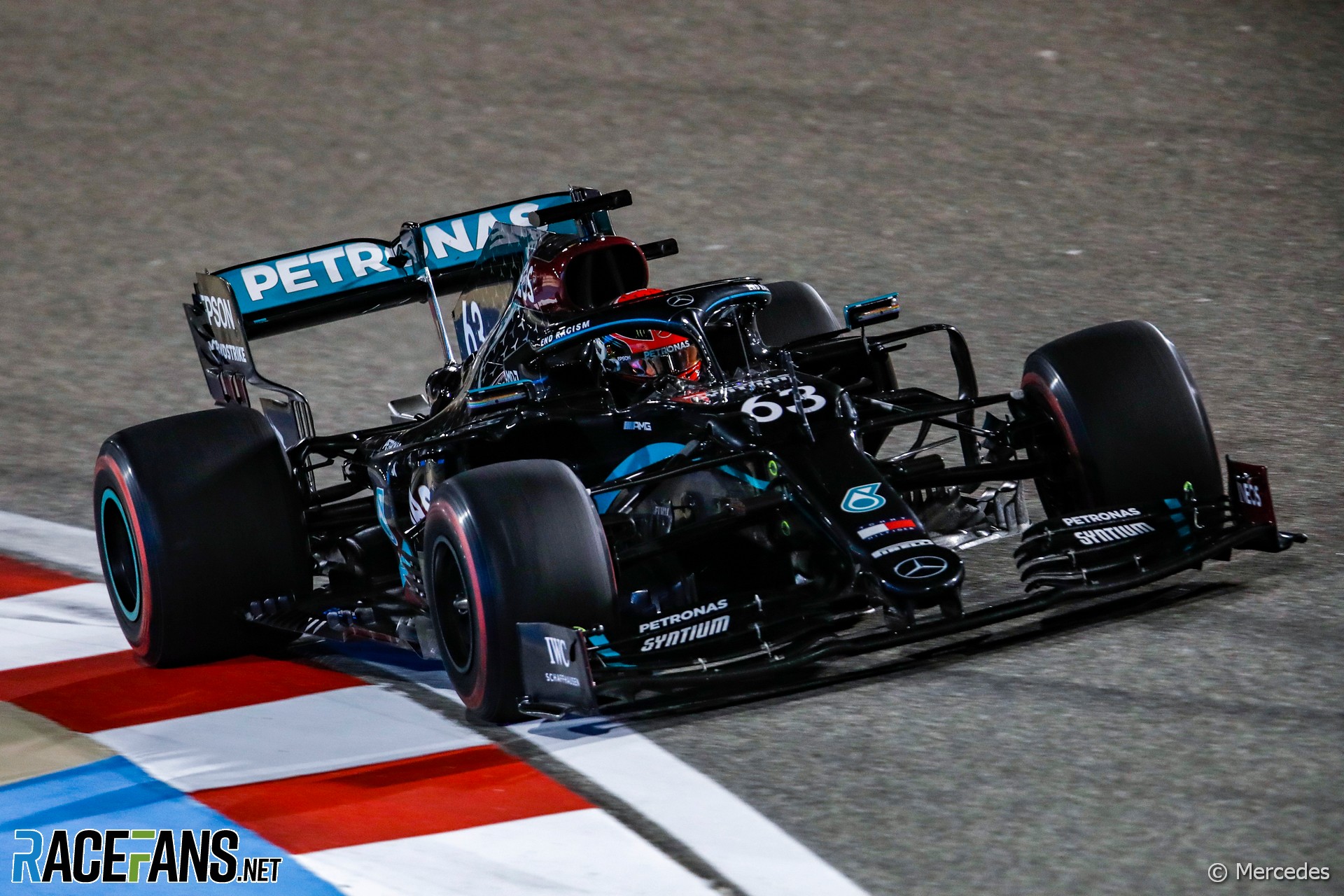 George Russell says Valtteri Bottas was clearly quicker than him in practice despite leading the second session at the Bahrain International Circuit.

The two are under close scrutiny as Russell has stepped up from tail-enders Williams as a substitute for Lewis Hamilton this weekend.

While Russell officially headed the second practice session with a time of 54.713 seconds, Bottas lapped more than two tenths of a second quicker. However that time was deleted as he strayed beyond track limits at turn eight.

“Just because I was quickest today it doesn’t mean that’s where I’m going to be tomorrow,” Russell insisted.

“Verstappen was incredibly quick in the long runs. Valtteri was quickest in second practice but he got his lap deleted. He probably only gained half a tenth in all honesty. So I’m probably a good tenth and a half behind Valtteri in the low-fuel. But we’ll see, we’re getting better.”

Second practice was “not a great session for me”, said Russell. “I struggled, especially in the high fuel and ultimately that’s going to be key on Sunday.”

Russell is around nine centimetres taller than Hamilton and is wearing a size smaller boot then usual in order to fit in his car. He said he still has work to do to fit better in Hamilton’s cockipt.

“I’ve still got a lot to do to get comfortable in the car, get comfortable with the set-up and make some improvements, because I think tomorrow’s going to be a different story.”

Mercedes confirmed on Wednesday Russell would drive for them weekend. He said he’s been on a steep learning curve since then.

“There’s so much to take in, to learn. Lap after lap I’m just learning more and more. I’m doing my absolute best to be as prepared as possible.

“But jumping in the car with a day and a half, two days notice, it’s tricky. I’m doing my best. It was a good first day but there’s definitely more to be done.”

“I’m working with the best in the business and I’m learning so much every single lap I’m in the car,” he added. “[But] I do think the lap times are a little bit deceiving at the moment and aren’t a true representation of the pace.”

Formula 1 is racing on Bahrain’s Outer circuit for the first time this weekend. With lap times already under 55 seconds and the track very congested when full of cars, Russell predicted a hectic qualifying session and race.