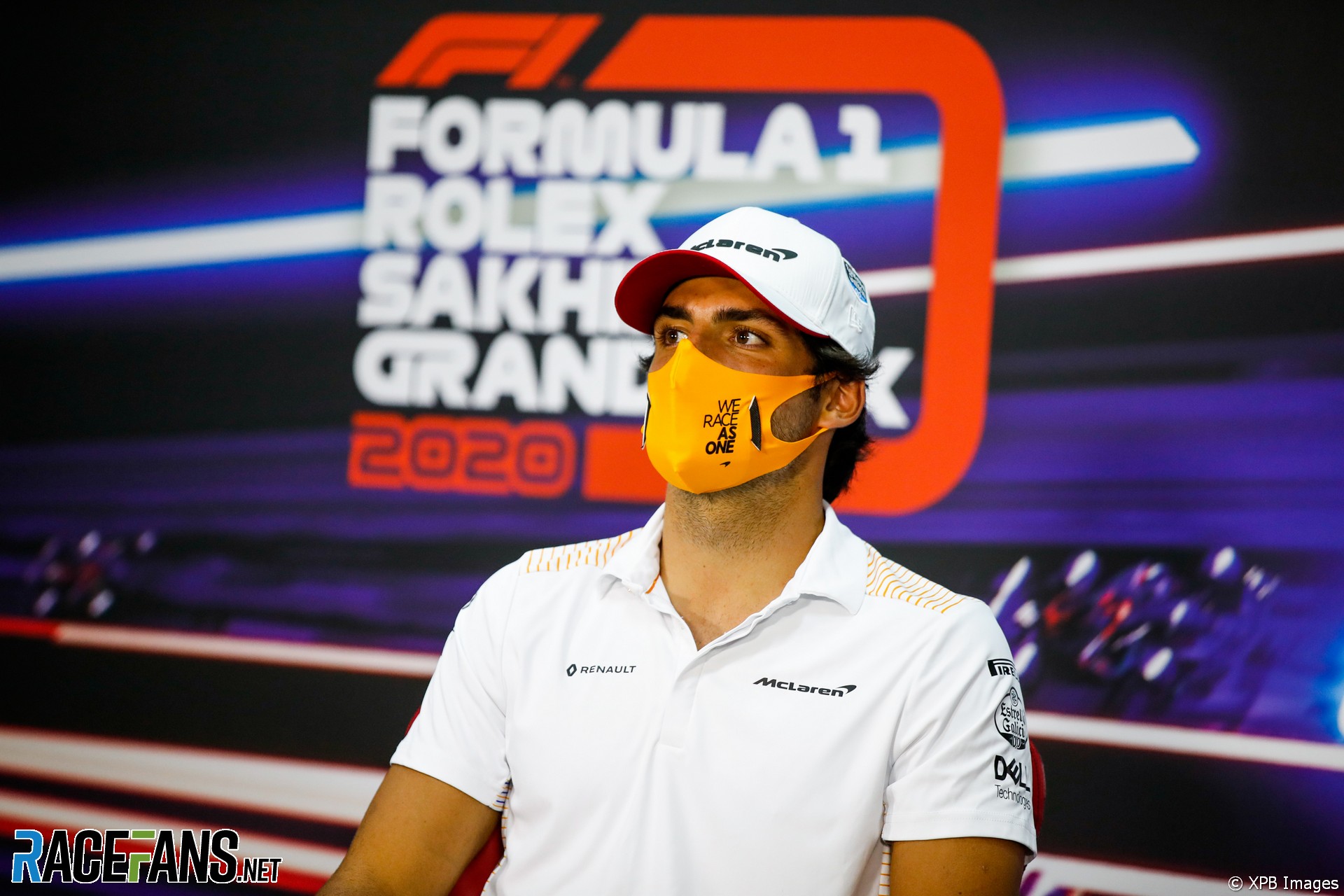 Carlos Sainz Jnr says he should be able to participate in the post-season test at Yas Marina which Fernando Alonso has been allowed into.

Renault confirmed yesterday the 39-year-old, two-times world champion, who will return to F1 next year following a two-year absence, has been given permission to participate in the test, which is intended for rookie drivers.

Sainz, who will switch from McLaren to Ferrari at the end of the season, wants to have the same opportunity with his new team at the test on December 15th.

“I’m willing to test for Ferrari,” said Sainz. “I think it’s no secret, especially now that the hand has been opened up by the FIA for drivers that are not rookies or not young drivers to test. I don’t see why the FIA wouldn’t maybe open the hand a bit also to other drivers.”

Ferrari has already announced Robert Shwartzman and Antonio Fuoco will drive for them in the test. Junior drivers Callum Ilott at Mick Schumacher will also test for their customer teams.

“Personally, I wouldn’t take any young driver out of the seat,” said Sainz. “I think Callum, Mick and Robert Shwartzman, I think they are all still going to test. So if I jump into a Ferrari I’m not going to not allow them to test and they’re going to still be testing.”

Renault team principal Cyril Abiteboul said they had been given permission to run Alonso in the test by the FIA “in recognition of our commitment to young drivers throughout junior motorsport and to Fernando’s own dedication to furthering the careers of young talents”.

Sainz believes Ferrari should get the same dispensation for him to drive.

“I think Ferrari is one of the teams that are promoting young drivers the most right now,” he said. “So I don’t see why I shouldn’t get the chance also to test.