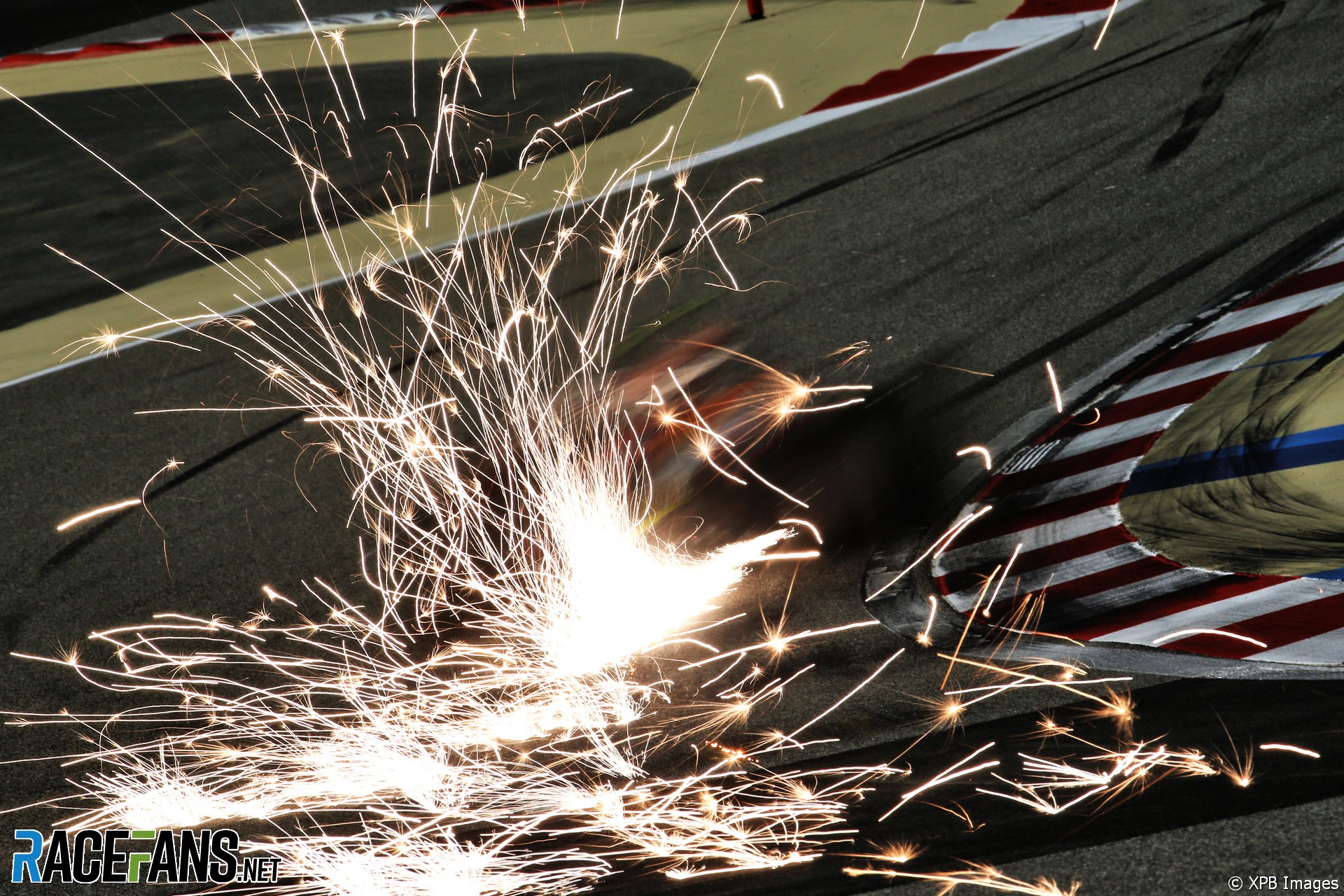 Concern over the difficulty of avoiding traffic was a common theme among drivers. Lap times are already under 55 seconds, which means when all 20 cars are on the track at once there is less than three seconds between each on average. Formula 1 cars can be affected by turbulence when they get within seven seconds of each other.

Esteban Ocon was expecting the worse before practice began, but said the traffic hadn’t been quite as bad as he feared.

“It was a bit less busy than I thought it was going to be,” said the Renault driver. “But it’s still very difficult to handle all the traffic, to get everything right in one lap.

“There’s only four corners, pretty much, if you think about it. So it’s going to be extremely tight and we need to extract the best out of the car tomorrow.”

Other drivers have also expressed concerns over traffic. Sebastian Vettel said he “hopes nothing bad happens” in qualifying and Daniil Kvyat suggested dividing drivers into groups to reduce how many cars are on the track at once.

The Outer circuit links turns four and 13 on the regular grand prix track via a short and bumpy link road. Vettel said the new section is “quite tricky.”

“Turn four is more or less as it was last week,” the Ferrari driver explained. “It’s a bit faster because it opens up.

“But then it’s quite bumpy around seven and eight. The kerbs are very aggressive and it’s just difficult to make it stick through that part.”

The quickest lap time during practice was set by Valtteri Bottas, though his 54.506 second tour was deleted due to a track limits violation at the new turn eight.

Bottas, who went off-track in the new sequence while driving it for the first time, described it as “a really technical section with the bumps and everything.”

“It’s definitely not the easiest section. It’s actually quite tricky and it is easy to lose a tenth, just like that.”

Daniel Ricciardo described the new sequence as “actually my favourite section of the track” though admitted that was “probably just because it’s new and I’m a bit bored of what we did all last week.”

“It’s bumpy but it actually isn’t crazy,” said Ricciardo. “It is bumpy but it’s not undrivable. So it adds a bit of character in itself.”

The section adds a single new braking zone at turns seven and eight. Ricciardo says this chicane would benefit from having less severe kerbs.

“The only thing which would stop it from being even cooler is the kerbs in seven and eight. They’re too big for us to really kind of monster over, so we have to kind of drive around them.

“If we could muscle the cars over the kerbs, it would probably add an even more exciting element. But I found it pretty fun.”

Ricciardo’s future McLaren team mate Lando Norris also relished the challenge of the new configuration and the more punishing run-off areas it has in places.

“It was quite bumpy,” he said. “There’s gravel on the exit of turn five, to the left, which caught a few people out. It’s more that you bottom out if you go tio wide on the exit kerb like Bottas did, then you can quite easily get in the gravel.

“So it’s punishing, it’s kind of good that it’s like that. You want to push, but you also don’t want to make mistakes so it’s kind of risk [versus] reward in some ways, it’s kind of a fun complex.”

However he admitted such a short layout with so few corners does not test an F1 car to its fullest. “In Formula 1 cars, you want these long nice cool corners and this is just very tight and twisty and makes it quite difficult. It’s good, it’s a challenge.”

But Formula 1’s most experienced driver was largely unmoved by the new configuration. “I think it’s very similar to anywhere else,” said Kimi Raikkonen. “Obviously we have more laps but they’re much shorter. I think in generally it doesn’t change anything, it’s just pretty much the same.”