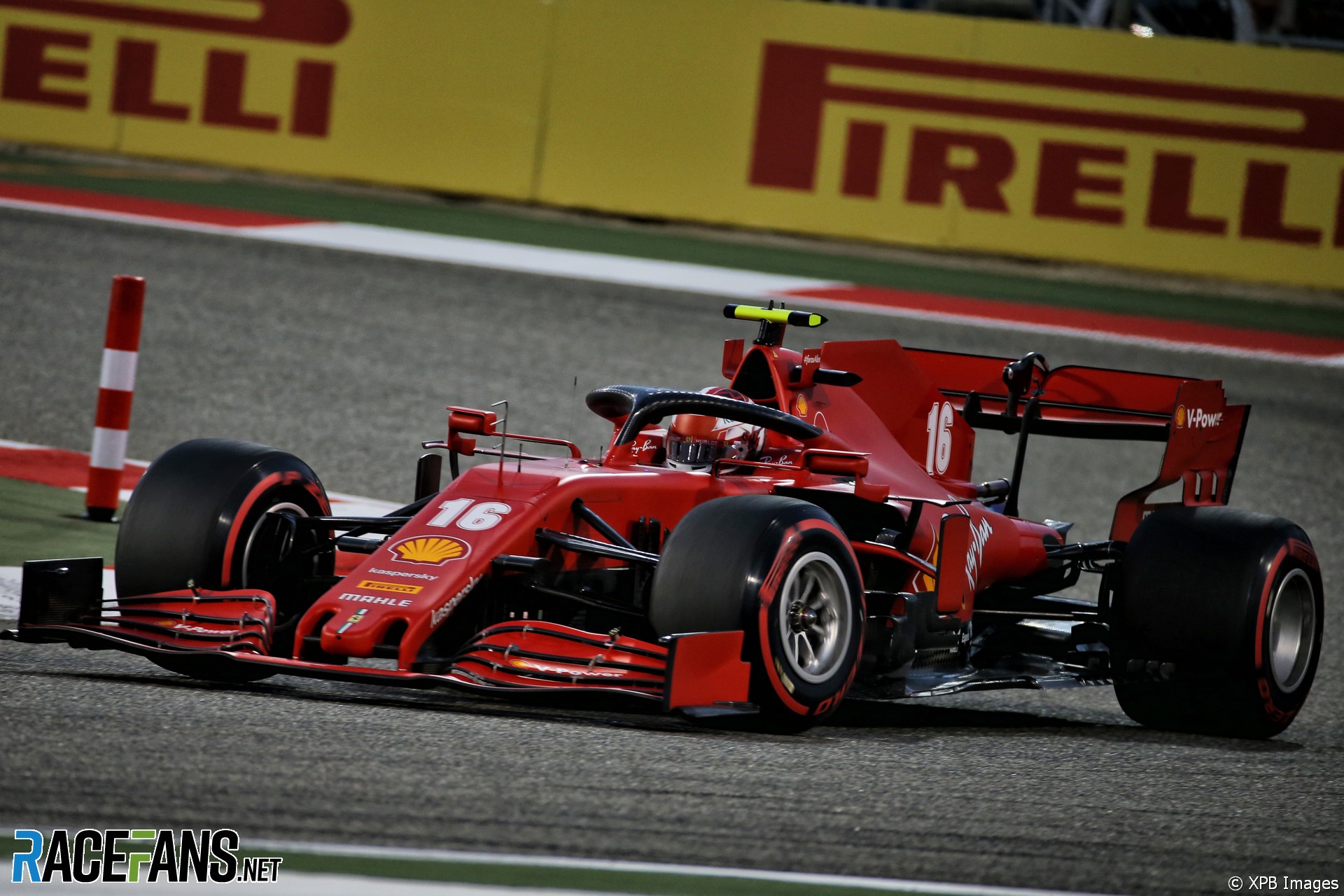 Charles Leclerc revealed he discovered how to improve his racing line around the Bahrain Outer circuit by studying Pierre Gasly’s onboard camera.

The Ferrari driver equalled his best qualifying performance of the season so far by taking fourth place on the grid.

He was reluctant to describe his effort as a “perfect lap”, but admitted he’d improved in all the areas he intended to when he left the pits for his only run on new tyres during Q3.

“I was scared because I braked very, very late into the first corner but managed to make the corner anyway and had a very good exit too,” he told Sky. “I think I got a snap in turn four and then I thought ‘oh my god, I don’t know if the tyres are going to last until the end of the lap’.”

Leclerc said he picked up a lot of time at the entry to turn seven by taking more of the kerb, having noticed Gasly doing the same.

“I was very quick there, I did such a huge step from final practice to quali there in terms of driving, using a lot more the track in entry on the kerb on the right, looking at Pierre Gasly’s onboard actually after final practice. So thanks Pierre.”

“The last corner, which I’ve been struggling with during the whole quali, I finally managed to do it well also in my last lap. So I’m extremely happy.”

Despite only having one set of fresh tyres for qualifying, Leclerc opted to run immediately at the start of the session, instead of waiting for the track to improve towards the end of Q3.

“To be honest I don’t think I could have done anything better going later in the session. So I’m really happy about today.”