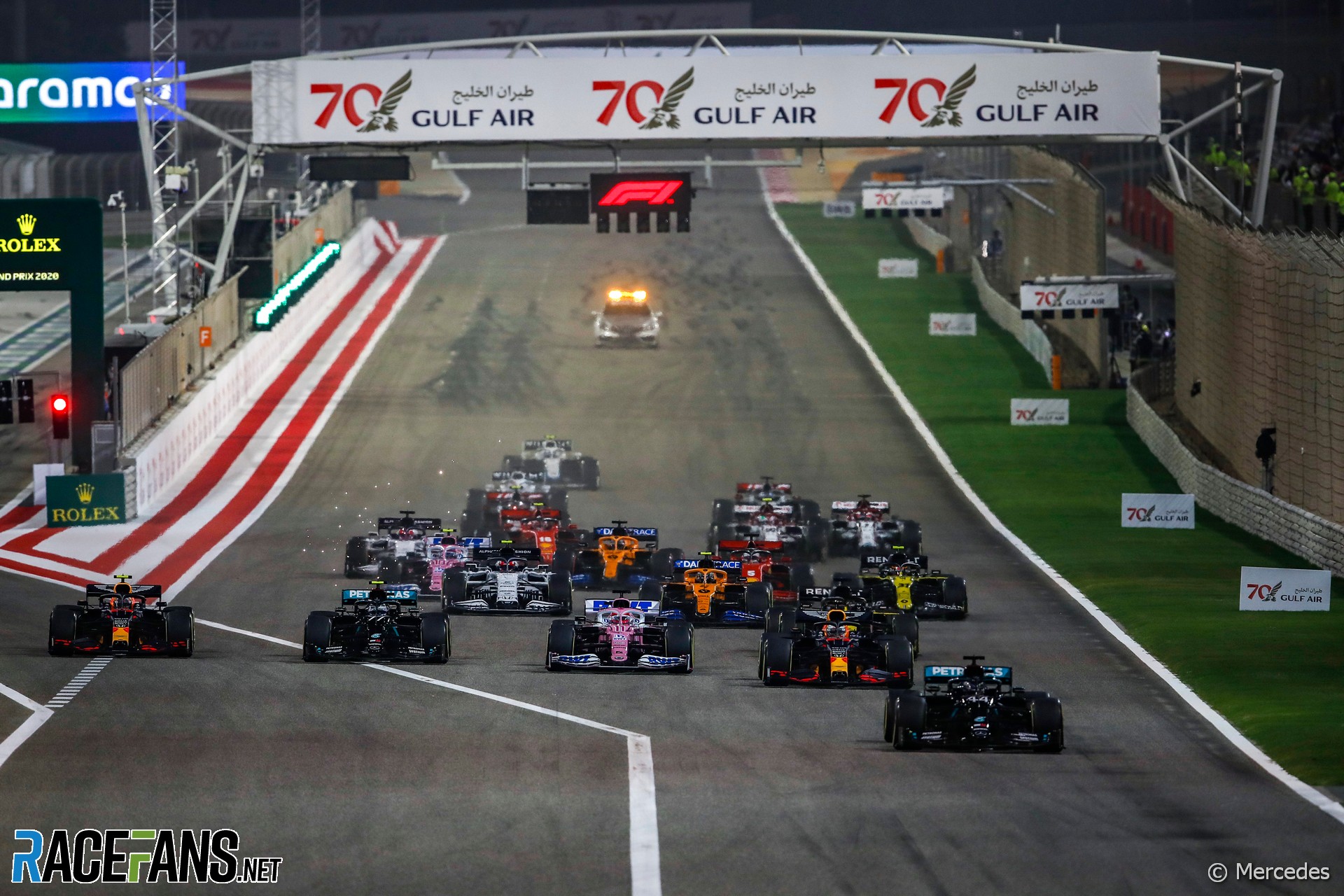 The promoter of the Bahrain Grand Prix says the addition of a new race in the region next year is no concern for their event.

“When we started in 2004, we were trying to build the culture of motorsport, specifically Formula 1,” said Al Khalifa in an exclusive interview. “We’ve had rallying and all of that in the past, but really circuit racing and building that model [was what we wanted]. We were very proud when Abu Dhabi came onboard because it showed that we were on the right track.

“Obviously, for us, Bahrain is a small place, so there’s other elements of putting it on the map and all of that. For the kingdom of Saudi Arabia, it’s such a big market that we need to awaken into motorsport, the population of 30-plus million and a very young population as well.”

The addition of a race in Saudi Arabia can bring “a lot of benefits” for Bahrain’s round of the world championship, said Al Khalifa. The distance between the two races, plus the fact they will he held six months apart, means there is no conflict between them.

“Geographically, Jeddah or Riyadh is pretty far. If I base our experience on Bahrain starting in April and Abu Dhabi finishing in November, it’s such a long season that by the time Abu Dhabi comes along, you forget about the Bahrain race. So with the race being in November, for us it won’t change much.”

When not affected by the pandemic, as this year’s event has been, Bahrain normally draws most of its spectators from nearby.

“Our market is different and our race is a race for Bahrain. If you walk around, it’s about 70% local people that attend. So purely made for our local market. Yes, we have the international exposure and people flying in but it’s mainly a family-orientated race.”

Following the postponement of this year’s race due to the pandemic, Bahrain arranged to host two rounds of the championship. “Formula 1 came to us with the request to have a second race here when they were trying to build their calendar,” says Al Khalifa.

“Which I think they’ve done an amazing job with. When they started in June we were all thinking 14, maybe 12 races but to end up with 17, I think is a is a good challenge for them.”

In a first, different variations of the circuit are being used for each race. Today’s will take place on the short, ‘Outer’ Circuit. This was at F1’s instigation, says Al Khalifa.

The short, 3.5-kilometre track officially has 11 corners but only four braking zones, making it very simple by F1 standards, and prompting some to characterise it as an “oval”.

“To us, it’s not an oval,” says Al Khalifa. “As you can see from practice, there’s quite a challenging chicane that they’ll go through.”

The layout had never previously been used for a race of any kind before yesterday’s Formula 2 round. Some upgrades were needed in order for it to be used this weekend.

“In terms of the track layout, nothing changed, but in terms of the lighting we had to do a little upgrade for Formula 1.” This was in order to ensure the floodlights produced an image bright enough for television broadcasts. “This race is their race and they’re bringing everything, so whatever we had to do, we worked with them on it.”

This cost came despite the circuit being unable to recoup any money from spectators, as both races are being held behind closed doors due to the ongoing pandemic. Al Khalifa said that building links to F1 and staying part of the calendar was more important than balancing the books.

“We always said that we’re in this sport for the long run and we built that relationship,” he says. “Especially at this time, with everything going on, I don’t think it’s the time to look at how much we’ve spent overall in the kingdom.

“If you see what we did with Covid and all the set-ups that we did and all of that, it was really trying to get this year over. So we’ll look at the end of the year, we’ll see where we are but it wasn’t anything linked to a commercial element.”

Romain Grosjean’s appalling crash at the start of last week’s Bahrain Grand Prix thrust safety into the spotlight. It led to some immediate changes at the circuit, and more may follow before the world championship returns for March’s round of the 2021 F1 season.

“First and foremost, obviously I’m happy he walked out of that, considering that what you saw. For me, personally I was trying to remember the last time you saw an accident, maybe in the seventies, maybe Niki Lauda’s one came to mind with the fire and all that. We were very happy to see him walk away.”

The damage done by Grosjean’s crash posed an immediate challenge to the running of last weekend’s race, which was only able to go ahead following substantial repairs.

“We worked closely with the FIA and the race director to see how we would resume the race. We were fortunate to have the FIA [concrete barrier] blocks just to continue that race.

“Then the next day, they went back to the FIA-certified layout and later on, the race director asked for additional changes. We, as a circuit, we just follow their lead and work closely with them to see what they want.”

Khalifa says he will “wait and let everything play its course and see what the FIA would like to change” following the investigation into Grosjean’s crash, the results of which are expected at the end of next month.

The circuit’s safety marshals were praised for their role in aiding Grosjean’s rescue. Since the first round of the championship, when members of the Confederation of Australian Motor Clubs were brought in to train volunteers, the Bahrain circuit has relied on local crews.

“We’ve never imported marshals,” Al Khalifa explains. “We had CAMS train us the first year, from Australia. They did the training but ever since then we’ve always been very proud of our Bahraini marshals that have marshalled every race.”

Following Grosjean’s discharge from hospital he returned to the circuit on Thursday, and personally thanked Bahrain’s marshals and safety team.

4 comments on “Interview: Bahrain promoter not concerned by competition from Saudi Arabian GP”