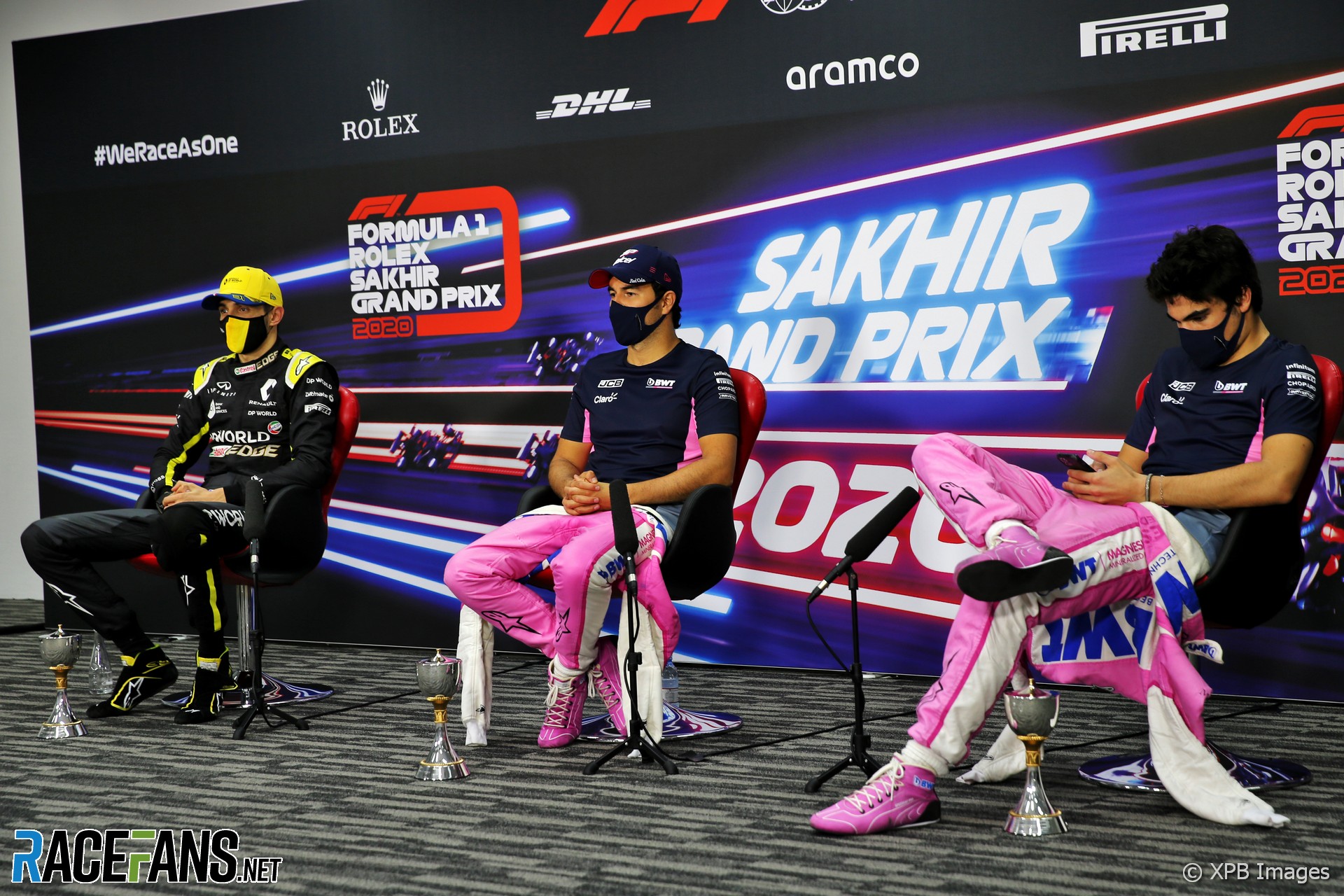 Sergio Perez says he faces losing his F1 drive at the end of the year partly because “not the best drivers are in Formula 1”.

The Racing Point driver scored his first victory in today’s Sakhir Grand Prix, ahead of his current team mate Lance Stroll in third place, with his previous team mate Esteban Ocon separating them.

Ocon lost his place at the team to Stroll at the end of 2018 when it was taken over by Stroll’s father Lawrence. Earlier this year Racing Point announced it had cut Perez’s three-year deal to drive for the team short by two years to bring Sebastian Vettel in alongside Stroll.

During the post-race press conference featuring the top three finishers Perez, who does not yet have a drive for 2021, compared his situation to Ocon’s.

“We’ve seen drivers like him missing out on seats so it’s just the way Formula 1 is,” said Perez. “It can be really tough, and not the best drivers are in Formula 1, unfortunately.”

Perez has been his team’s top scorer in every season since 2015. He said his recent run of form has made him more determined than ever to return to F1 next year or in 2022, when new technical regulations are introduced.

“I’ve always said about ’22 there was a risk taking a year out at this stage of the career that I am,” he said. “I never know what’s going to happen, if I will have the will to come back or during that year I decide to stop.

“But after today, after the last couple of races I’m so determined to be here, either if it’s next year or the year after.

“I already have some good options for ’22 so my best option is obviously to keep going next year but if I have to stop then it’s not a disaster, I can come back in ’22. The regulations are going to change so much that in a way I don’t think it will hurt that much the driving side to get up to speed. I’m at peace with myself.”

Ocon, who returned to F1 with Renault this year after a season out, said he sympathised with Perez’s situation. “It’s obviously a very tough position to be in,” he said. “I know well how it feels.

“I’m glad that Sergio is obviously getting the results to show everybody that he deserves to be in Formula 1. He’s one of the top guys out there.

“He can’t be left outside. It would not be normal. But sometimes the sport is like that, unfortunately, and you don’t end up in the best situations.”