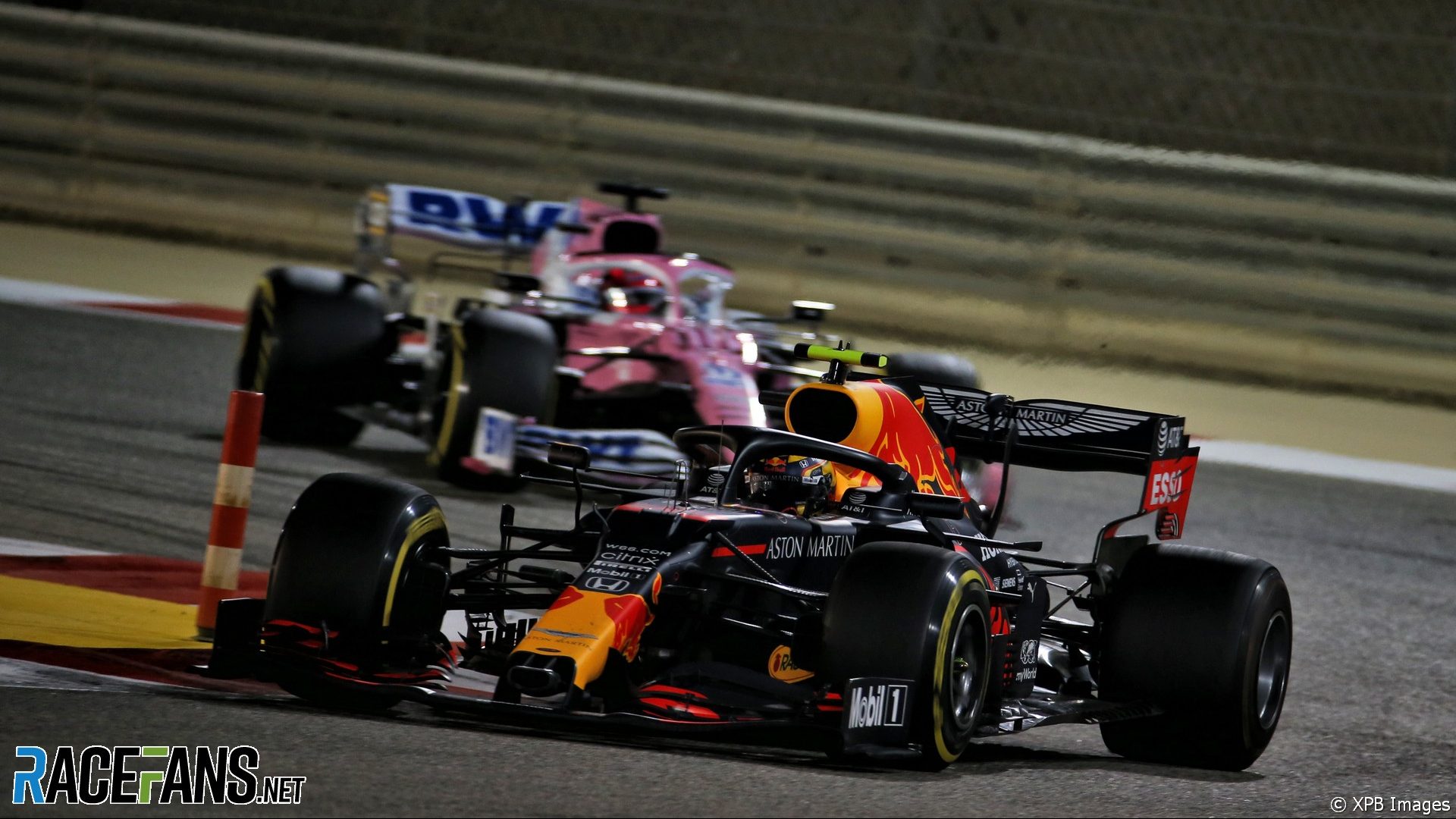 In the round-up: Alexander Albon doubts he could have improved much on his sixth-place finish in the Sakhir Grand Prix, and was surprised to see it won by a driver he spent much of the race battling with.

Albon and team mate Max Verstappen complained about understeer and instability on their cars during free practice, which Albon said was a hindrance during the race:

We were behind Sergio for most of that race and then, I don’t understand quite how it unfolded, but he ended up winning the race and we finished sixth.

It was just tricky because the configuration we had, downforce-wise, was very hard to race with. We were good in the corners on sector two where you can’t do anything. Then obviously for sector one and sector three, it was difficult, so I was kind of doing these dive bombs into turn one to overtake cars, which made it difficult.

It just wasn't meant to be tonight but I’m proud of the job we did out there. We'll get our opportunity again.

Congrats to @SChecoPerez. Nobody deserves a win more than him.

On such a crazy night of racing, I really saw a chance for us tonight, and pushing hard for that bit me badly. A massive apology to the guys and girls @WilliamsRacing, who have been nothing short of legends for my debut weekend. pic.twitter.com/21GgNXPLVJ

Congrats Jack, Williams & Mercedes. A choice based on pure performance. It’s nice to see a team with respect to its drivers. https://t.co/jfDO4gWClK

Tell you who else I'm pleased for tonight: @OconEsteban. He was seriously under the cosh from @DanielRicciardo at the start of the season but he's ground away, steadily improved, and had a fair bit of bad luck too. Fortune was on his side tonight but pleased he got second.#F1

Tip of the day: in the old days at Zandvoort, to protect the engine from sand ingestion we taped a greased stocking into the airbox with a pull-cord string beside the driver's head. After a few laps, when the shenanigans finished, the driver would pull it out and get rid of it

Toto Wolff: "It was heartbreaking for George after a monumental drive in his first race with Mercedes and he should have won. It didn’t work out today, but I’m sure this isn’t going to be his last attempt to win a race."

'I'm sorry, it's hard for me to talk' - Schumacher lost for words after sealing F2 title (Formula 2)

"No driver in the history of Formula 2 has ever carried the same level of pressure as Mick Schumacher. Still just 21-years-old, he’s never seemed fazed by the expectation."

"The Mark Webber protege and Renault junior isn’t alone in winning a title without ever visiting the front row after qualifying, in fact there’s been a handful of drivers who have done the same over the last 50 years."

"Bathurst 1000 champion John Harvey has passed away aged 82. The Australian motorsport great lost his battle with lung cancer on Saturday evening, his family confirmed in a statement."

"The technical issues in EuroNASCAR 2 Final 1 on Saturday put Ghirelli in a must-win situation while his teammate Dauenhauer, who had an eight-point advantage ahead of the last round of the season, started from pole position and had to keep Ghirelli behind him to win the title."

"Ogier started the final round facing a 14-point deficit to Toyota Yaris team-mate Elfyn Evans. They took the lead on Saturday morning, but Evans’ measured pace kept the Welshman on course for a maiden championship success."

George Russell has said he’s going to try and walk away from today’s lost opportunities grateful for being able to demonstrate what he can do with the one he had – and BasCB agrees:

Funny how everybody feels gutted for Russell. I really don’t. I feel incredibly happy that he got to show what he has to offer. And it made me think about how maybe it really would be nice to see Hamilton getting pushed by a driver who might be able to challenge his position. That would be great for the sport.

Russel did everything right that he had any influence over in this race. He showed pace, he had a good start, he showed he can manage his tyres well enough to increase the gap, he went well through traffic, he made a good move to get past Bottas fast to make sure he still had a chance at the win (before that puncture). And in the end he did set the fastest lap and got into the top 10 to finally claim those points.

Also, now Mercedes really owe him one. That will come in handy. And I think the guys in the garage will bond with him very well over this as well. Sure, would have been a fairytale to win right out of the box. But he showed he has the goods anyway. And there are surely many more opportunities to come for George.
BasCB

Happy birthday to Stretch and Matiascasali!

58 comments on “Albon: We couldn’t have done much better than sixth”