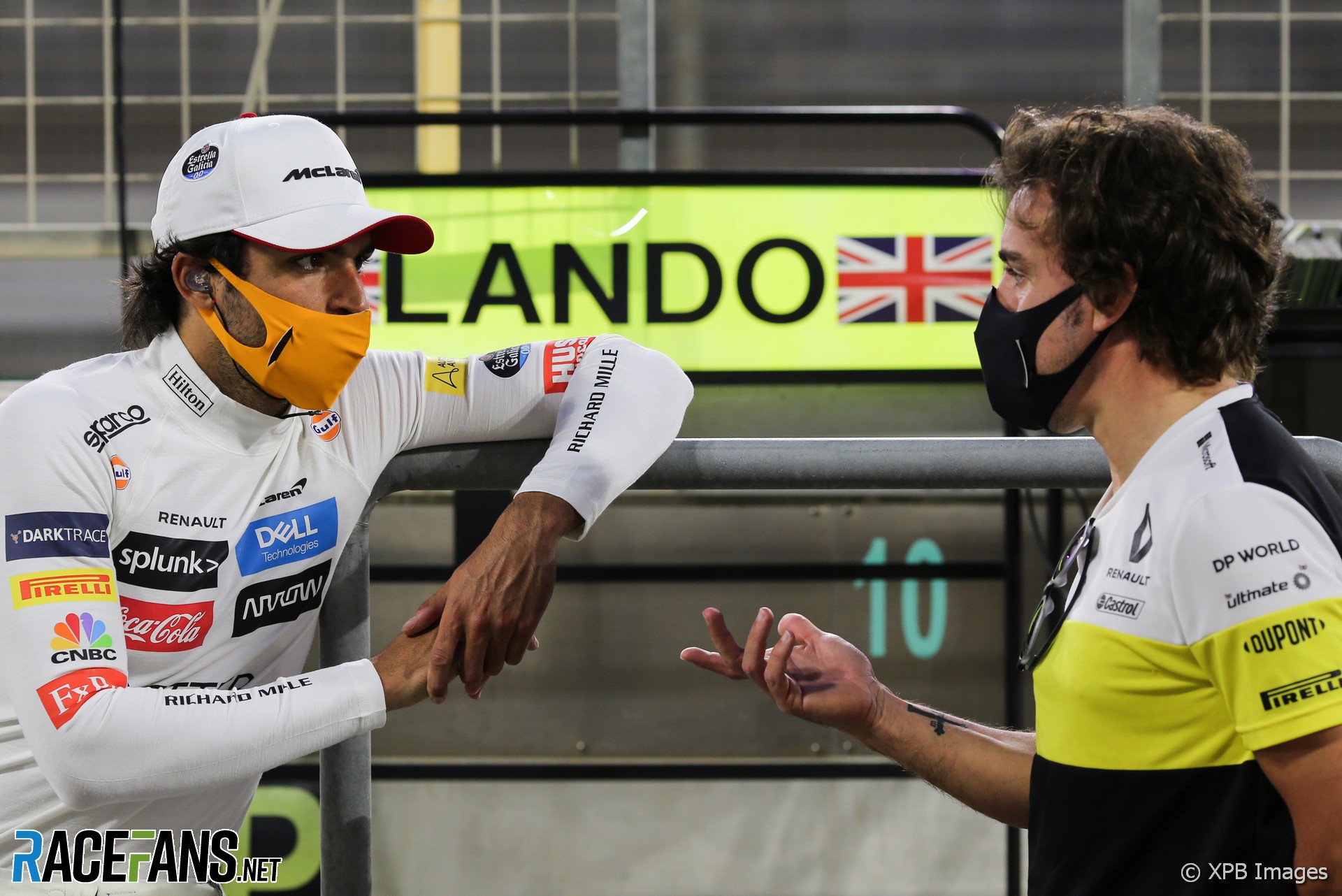 Carlos Sainz Jnr and Sebastian Vettel are disappointed they will not be allowed to take part in next week’s post-season test at the Yas Marina Circuit.

The day of running on Tuesday was originally designated a Young Drivers Test. However the FIA subsequently notified teams it would also be open to any former drivers who did not participate in this year’s world championship.

Experienced drivers including Fernando Alonso, Sebastian Buemi and Robert Kubica will therefore take part. Sainz said it is illogical drivers such as himself, who are changing teams for next year, will not be able to use the test to acclimatise to their new cars.

“There hasn’t been any logic explained to me, because, first of all, I think there’s very little logic behind it,” he said. “I think not many people really understand what’s going on.

“Of course I’m disappointed [at] not being able to test, but I have to accept it and turn the page. I will make sure I’m prepared as much as I can for next year.”

Teams are ordinarily only allowed to run one car per test, but are being permitted to use two next week. As pre-season testing next year has been cut from six days to three, Sainz said experienced drivers should have been allowed to participate.

“If it’s only one and a half day testing for each driver next year, the logical thing would have been to open up the hand to some or to all of the drivers who wanted to take part in the Abu Dhabi test. Especially knowing it’s two cars per team.”

Sainz said the test would have been useful to begin acclimatising himself to the Ferrari cockpit and adjusting it to his needs.

“To at least fit the driver into a car, knowing that next year is the same chassis and see that everything is more or less working well, with the safety aspects from the jump-out test to the fitting of the car itself, it’s obviously primarily important. Those are the things that thanks to the Abu Dhabi test, we would have been able to sort out and get a bit of a head start on.

“Unfortunately, it’s not happening and obviously I’m disappointed, but [it’s] nothing I can change.”

Sebastian Vettel, who will move from Ferrari to Racing Point after this weekend’s race, also criticised the FIA’s decision, describing it as unfair.

“It’s not my decision to take [but] I think if you allow Fernando then basically you have to allow everyone.

“I think the governance should take a fair decision which in this case I don’t think they did otherwise Carlos and some others and myself would have had the opportunity to test.”

“I haven’t looked at the full explanation but it’s also a bit pointless because we are not allowed to test,” he added.