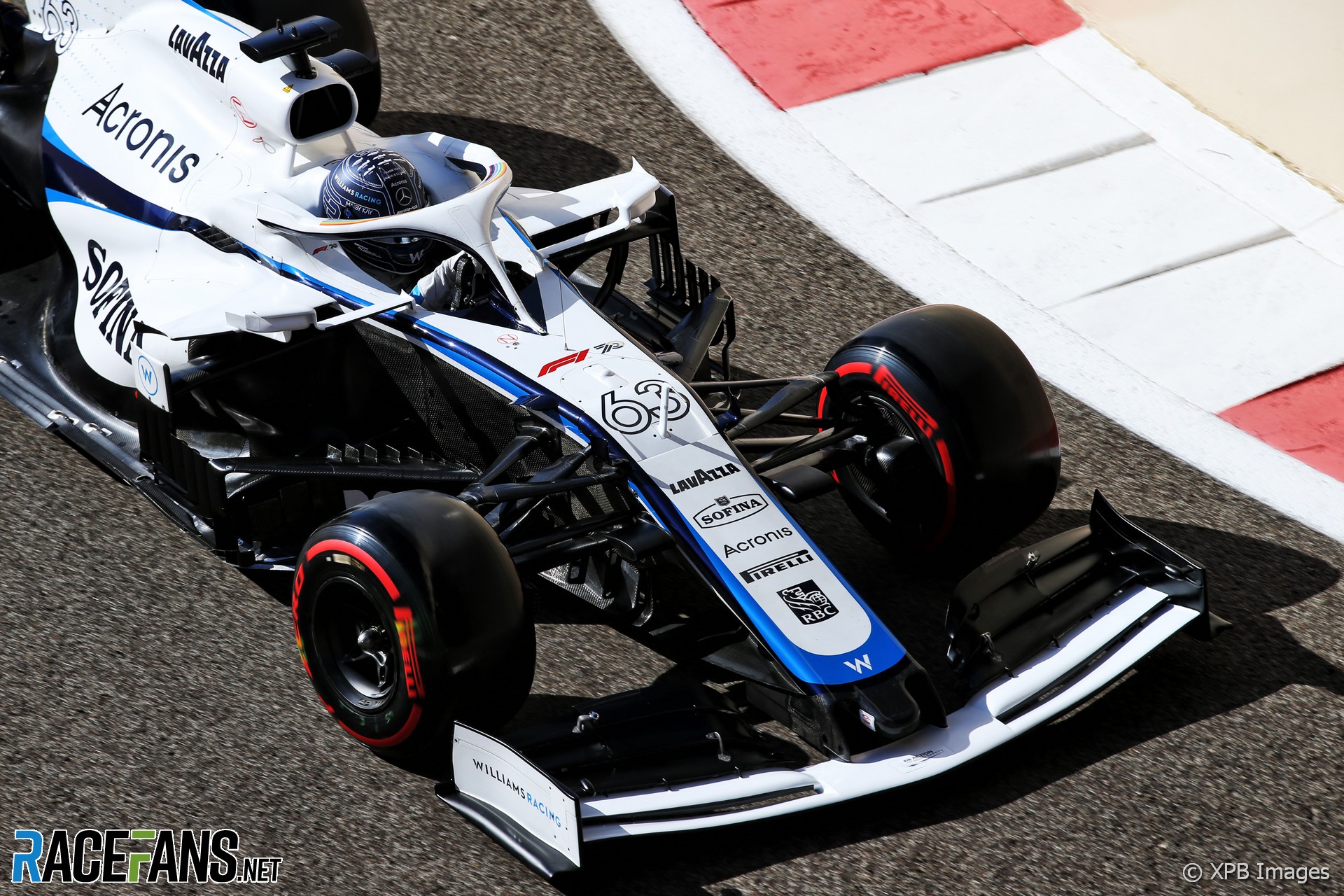 Williams’ acting team principal Simon Roberts says it’s “great” to have George Russell back in their car this weekend, but admits he also wanted see him in the Mercedes again.

Russell led much of his one-off race for Mercedes in the Sakhir Grand Prix as a substitute for Lewis Hamilton. He has returned to Williams as Hamilton is back in the Mercedes for the season finale.

“It feels like he’s come home for the weekend, which is really nice,” said Roberts following first practice at Yas Marina.

Roberts said Russell had done a “fabulous” job for Mercedes and returned to Williams “in a really good place.”

“I’m sure he’s a bit disappointed inside but we gave him a really, really warm welcome back,” said Roberts. “We’re really, genuinely pleased to see him.

“His programme went to plan. We were running a few rakes and things, looking at stuff for next year.

“Maybe on that first lap he was trying to find his braking points again in our car. But he didn’t put a foot wrong, got everything out of the car we expected and we move on to second practice so we’re looking for a good weekend again.”

Russell’s performance at Mercedes demonstrated the potential he has shown since he started racing for Williams last year, said Roberts.

“From the inside we’ve known for quite some time what talent he is. Last weekend he got the chance to show that on the world stage and we’re really pleased he got that opportunity.”

Williams have previously confirmed Russell will remain with them alongside Nicholas Latifi in 2021 and Roberts is “confident” that will not change despite his impressive run for Mercedes.

“We’ve got Nicholas and George signed for next year and the main thing we’re working on right now is just making sure we can give them the best car possible,” he said.

Jack Aitken made his F1 debut with Williams last weekend in Russell’s place. Roberts admitted he would have liked to see more of what both could do given another weekend in their cars.

“We’d seen [Aitken] in the car in Austria and he adopted a similar approach,” said Roberts. “He starts well, he builds through the weekend. He built through first practice.

“He’s very competent in the car, gave us good feedback. It wasn’t like we had a complete rookie in the car. He’s been in our simulator, he knows the team well. So he slotted in really, really well.

“We didn’t overload Jack, we were careful with him. We made sure we built up the way the car works through the weekend. We gave him just enough to get the job done.

“But by the time we got into quali and the race, he was as up to speed with our car as we expected and delivered a good result. We wanted him to push and he did. So we were really, really pleased with what he achieved over the weekend.”