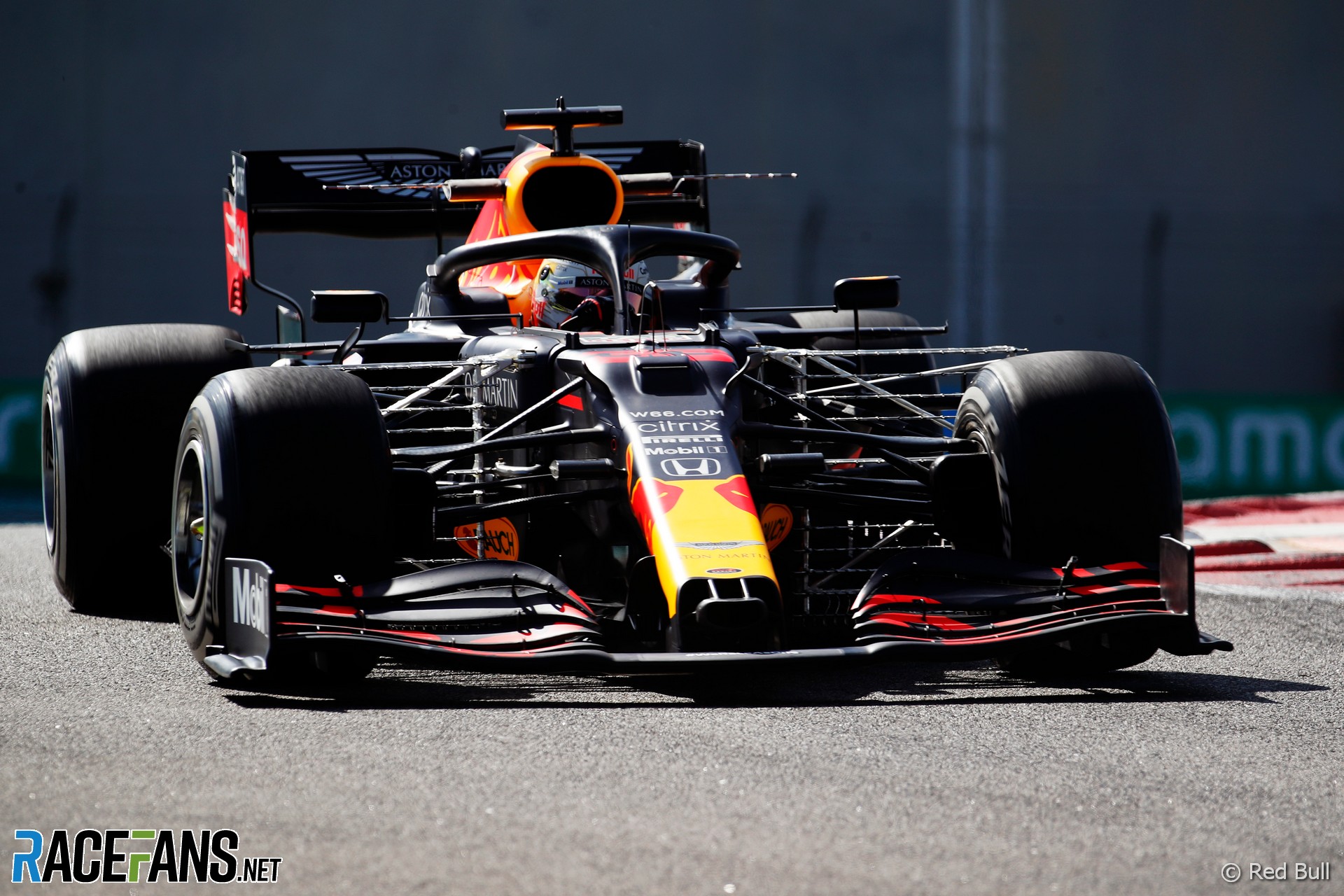 Max Verstappen pipped Valtteri Bottas by three hundredths of a second in the first practice session for the Abu Dhabi Grand Prix.

Lewis Hamilton, returning from his Sakhir Grand Prix absence after testing negative for Covid-19 on Wednesday, was among the first drivers out on track in the first 10 minutes of practice. However, he was almost immediately struck by a brake problem, his engineer warning that disc temperatures were very high and Hamilton saying that he felt as though the car was constantly braking.

After he pitted, Mercedes worked extensively on Hamilton’s car. He was able to return to the track but only ran the hard tyre compounds, not setting a representative time, and finished the session fifth fastest behind Esteban Ocon and Alexander Albon.

Bottas led much of the session with a time set on soft tyres, without any apparent interruption in running despite being warned about Hamilton’s brake problem. He was beaten to the fastest time in the final half hour by Verstappen, both over a second clear of third-fastest Ocon.

Albon lost grip on a fast lap and spun at turn 11. He was able to continue, having not seriously damaged his tyres, and finished fourth fastest, more than 1.1 seconds back from Verstappen’s time.

Daniel Ricciardo missed most of the session after stopping on track within the first 30 minutes of running, without having set a lap time. Renault confirmed a loss of fuel pressure caused the stoppage. As Ricciardo’s engine was only to be used during today’s practice sessions, he will not have to worry about taking a penalty.

The same is not true for Sergio Perez and Kevin Magnussen, who are already doomed to start the race from the back of the grid following power unit component changes.

The Racing Point cars were sixth and seventh fastest, Lance Stroll slightly ahead of Perez. AlphaTauri were eighth and ninth, Daniil Kvyat leading Pierre Gasly by just one hundredth of a second, both having set their times on medium tyres.

Alfa Romeo’s Kimi Raikkonen completed the top 10. It was a largely unremarkable session for Ferrari, who finished 12th and 14th fastest, around two seconds off Verstappen.

George Russell, who headed Friday practice for Mercedes in Bahrain a week ago, led team mate Nicholas Latifi by more than half a second on his return to Williams. The Haas pair occupied the bottom of the times: Mick Schumacher, on his first real practice run during a grand prix weekend in Magnussen’s car, was three seconds ahead of Pietro Fittipaldi, who is substituting for Romain Grosjean again.