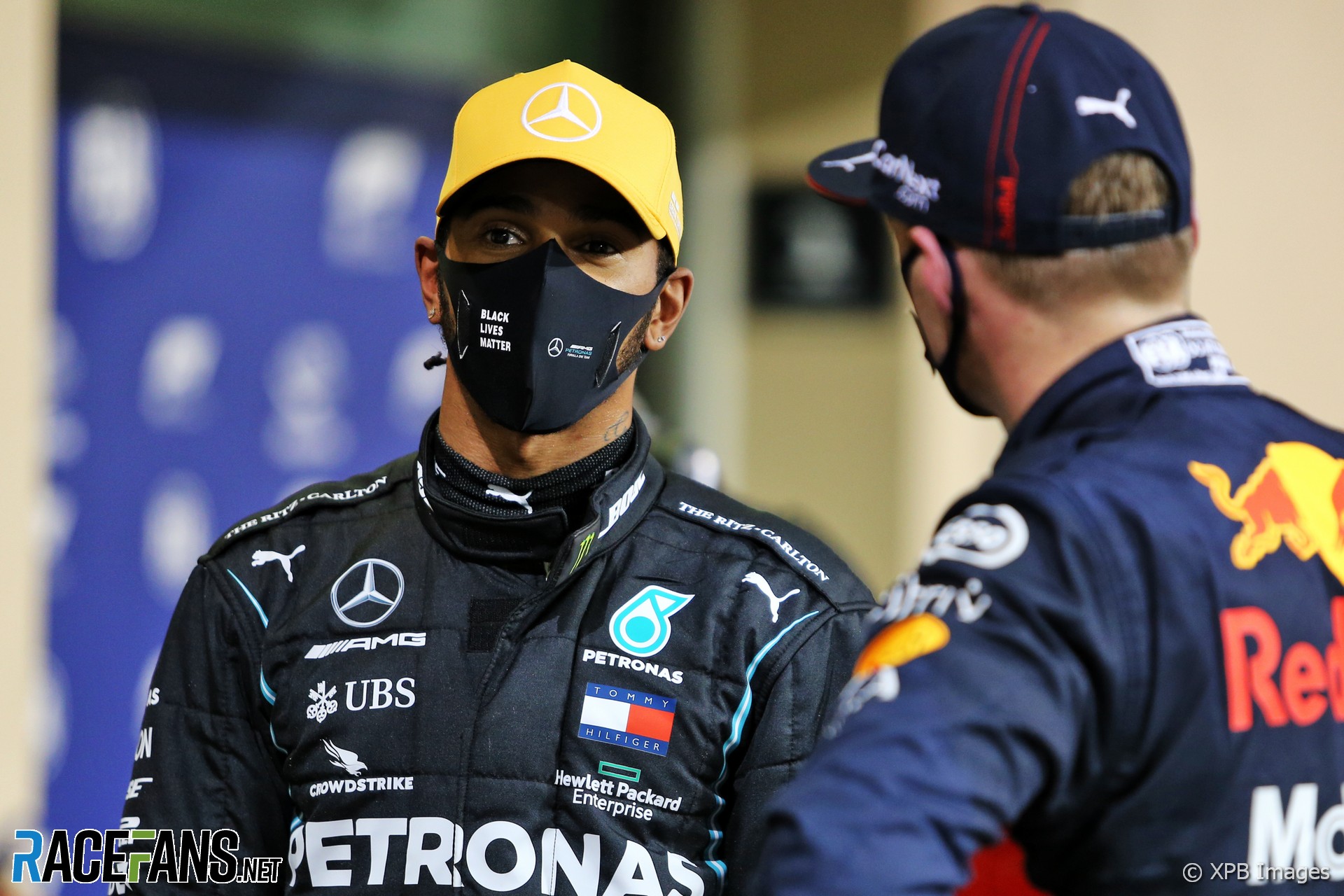 The Mercedes driver missed the last round of the championship but tested negative for the virus earlier this week and has returned to racing in Abu Dhabi. He said he has “lost a good amount of weight” during his recovery.

“I said earlier in Australia just how serious the virus is,” said Hamilton. “I can really feel for those who have suffered from it, those that have lost loved ones from it.

“It’s a nasty virus. I’m not 100%, I still have some feeling within my lungs. But nonetheless, normally I would drive even if one of my arms was hanging off, that’s what we do as racing drivers and luckily that’s not the case.”

He said tomorrow’s 55-lap race at Yas Marina will be difficult given his condition. “It definitely won’t be the easiest of races, physically,” said Hamilton. “But I will manage and give it absolutely everything I’ve got.”

Hamilton qualified third on the grid for the race behind Max Verstappen and Valtteri Bottas. One of his lap times was deleted in Q1 after he ran wide and hit a kerb. This left his car with floor damage, but Hamilton doesn’t believe that cost him pole position, which he missed by less than a tenth of a second.

“It did have a little bit of damage,” he said. “It’s the first time I’d gone wide there all weekend.

“There’s just a little bit of damage to the floor but I don’t think if that hadn’t have been damaged then I would have got pole. I’m sure it doesn’t help but nonetheless the guys did a good job to get it patched up and they’ll fix it overnight.”