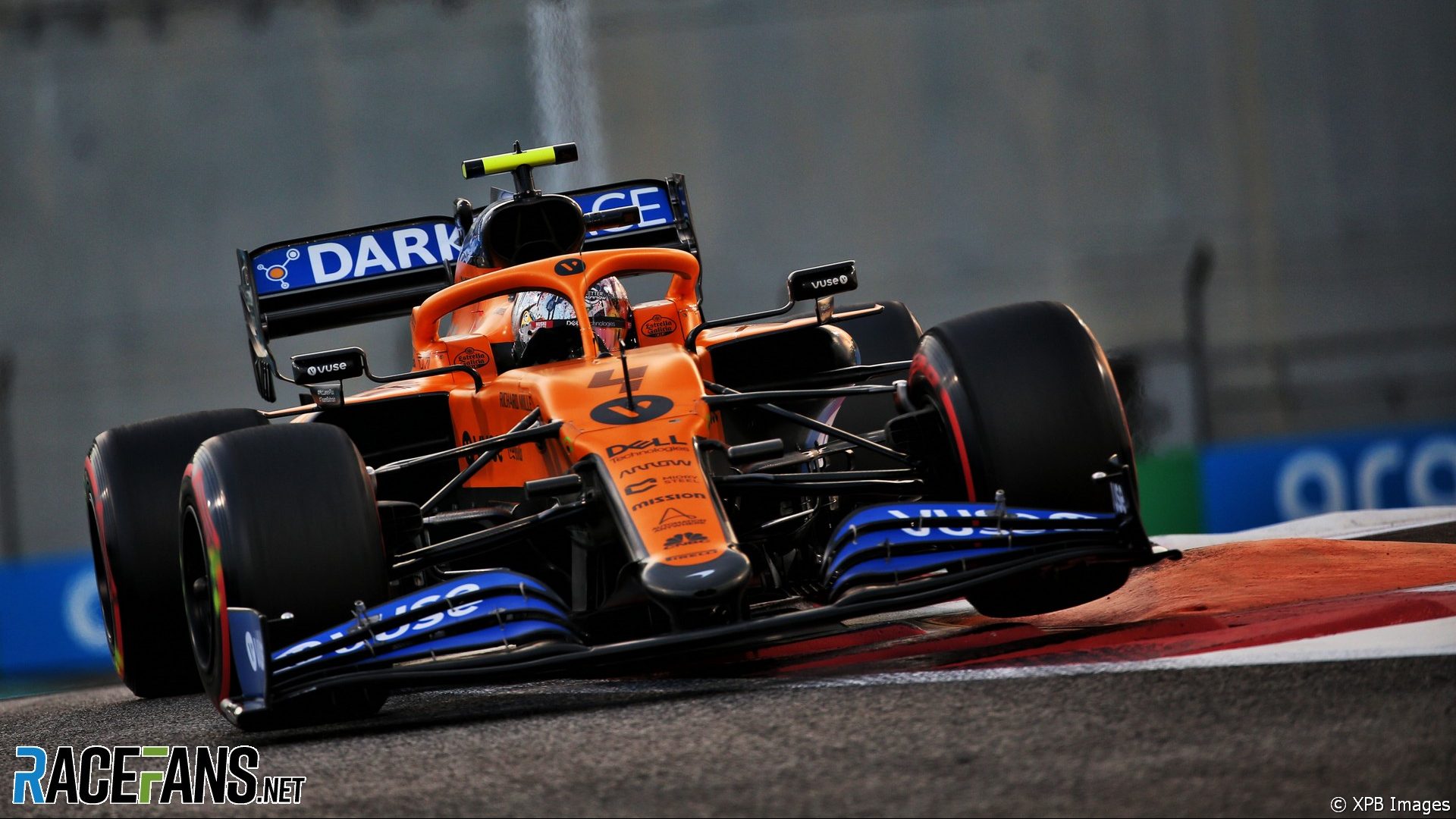 Lando Norris says he and McLaren were surprised by how close he was to pole position after he secured fourth on the grid for the Abu Dhabi Grand Prix.

Norris equalled his best qualifying result of the season. He said his final lap of the session, which left him a quarter of a second away from pole position, was among his best of the year.

“I think my Q3 lap was just very strong and was just a very nice, tidy lap,” Norris said. “It wasn’t like it was perfect altogether but it was probably my best of the year in terms of getting the tyres in a good window and maximising what we have as a package this weekend.

“It took me and probably all of us by surprise how close we were to pole at the end of the day. I think that was the surprising thing. But, of course, I was very happy with fourth and the lap I did. So it was a nice way to end qualifying this season.”

Norris took a new power unit at last weekend’s Sakhir Grand Prix which he said accounted for some of his performance gain. But even with the fresher engine parts providing an increase in top speed, Norris believes that was not the main reason for his rapid lap.

“Obviously I got the new power unit in and it’s helping me out a lot more than what was bringing me down over the last three or four weeks,” he explained. “So maybe I have a half a tenth advantage or something over the whole lap. But I’m not two-and-a-half or three tenths down like the last few weekends.

“So a bit more competitive, which is nice, and happier to look at the data and not see myself down on the straights which is a good thing. I didn’t think that was the help at the end though.”