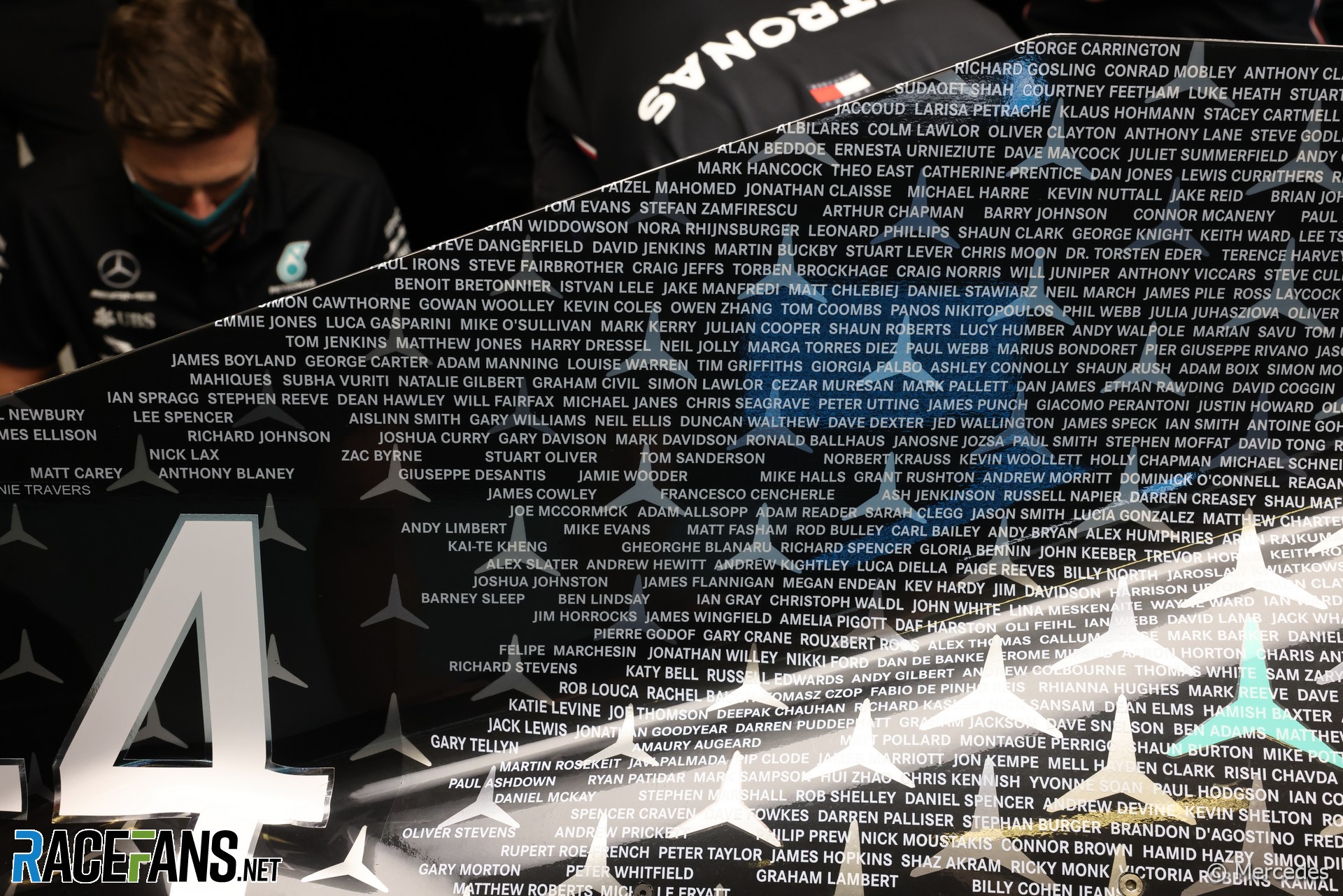 Mercedes have added the names of everyone who helped produce their championship-winning W11 to the car’s livery for the final race of the 2020 F1 season.

The revised livery appeared for the first time at the final practice session for the Abu Dhabi Grand Prix.

“We’ll be running a slightly different livery on Saturday and Sunday featuring everyone’s name on the car to honour the huge commitment and determination from everybody in Brixworth and Brackley,” team principal Toto Wolff explained.

“Everyone has pushed hard this year, raising the bar through this massively intense season, and we hope this gesture goes some way in showing the appreciation we have for everyone involved.”

Mercedes confirmed around 2,000 people are credited on the two W11s.

The team has enjoyed a highly successful 2020 campaign. As well as winning the constructors championship for a record-breaking seventh year in a row, Lewis Hamilton continued his run of drivers’ championship titles. From the 16 races so far they have taken 15 pole positions and 13 wins.