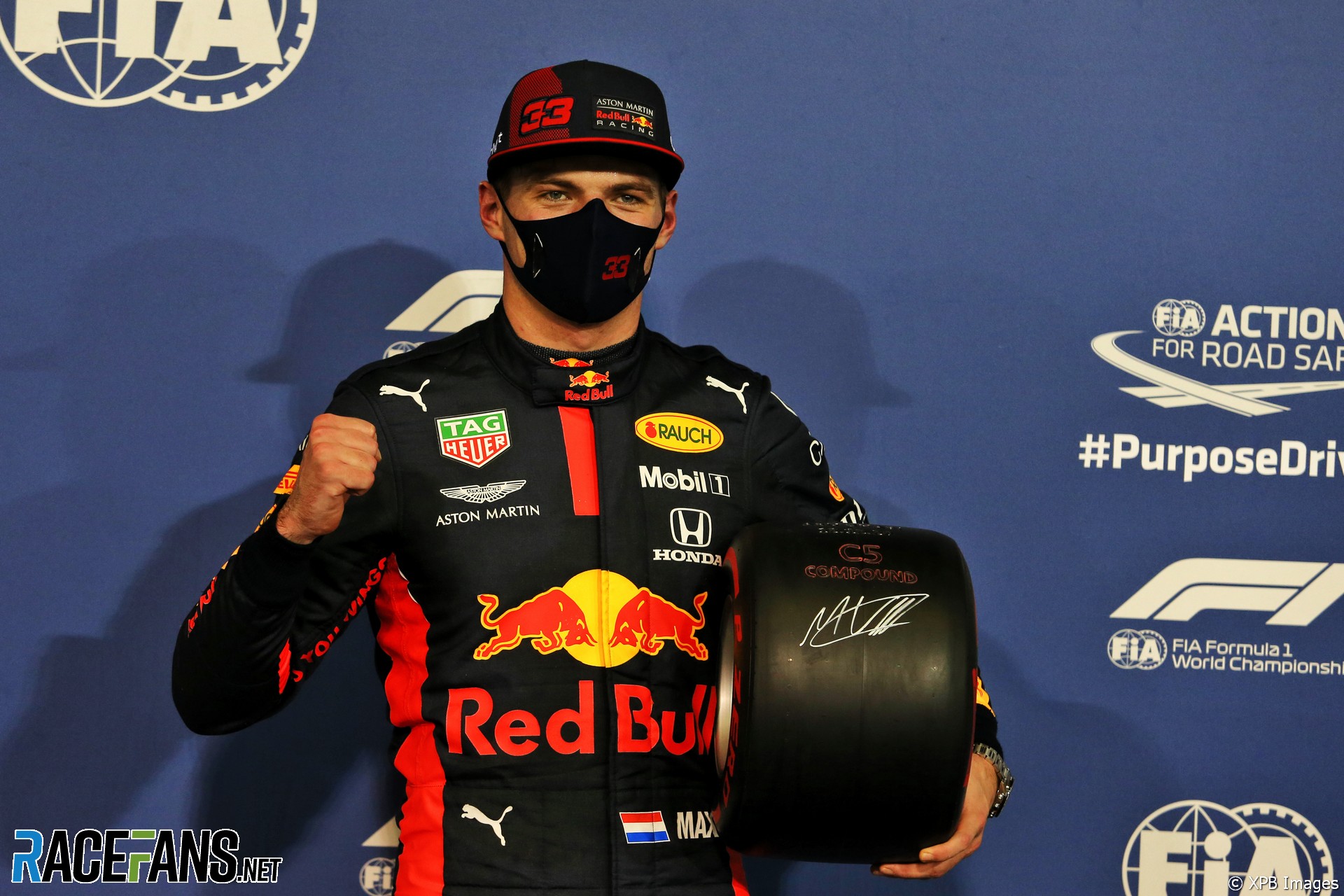 Max Verstappen says he is “very, very happy” to have taken pole position for the Abu Dhabi Grand Prix after admitting his frustration at being unable to beat the Mercedes in qualifying previously this year.

The Red Bull driver took his first pole position of the season in the final race weekend after pipping Valtteri Bottas by less than half a tenth of a second.

“I said before we went into qualifying that it’s going to be the final send of the season and we did that,” said Verstappen. “So I’m very very happy with that.”

Verstappen says the surprise result was especially satisfying after Red Bull been unable to beat the dominant Mercedes to pole position previously this year.

“For sure we are very happy with it,” said Verstappen. “The whole year when you’re behind and getting closer… it gets a bit frustrating sometimes. But, very, very pleased with today.

“It’s a long season for everyone. Especially a lot of races in a row. So I think this is a good final qualifying for everyone in the team.”

However, following yesterday’s disrupted practice sessions, Verstappen is unsure how competitive his car will be over long runs in tomorrow’s race.

“I don’t think everyone did a lot of laps [in practice],” he said. “We still have to wait and see how that goes.

“We’ll try to do our best to try and keep them behind. They’re still very fast. It seems like we have some decent top speed this weekend so hopefully that will work out for tomorrow.”