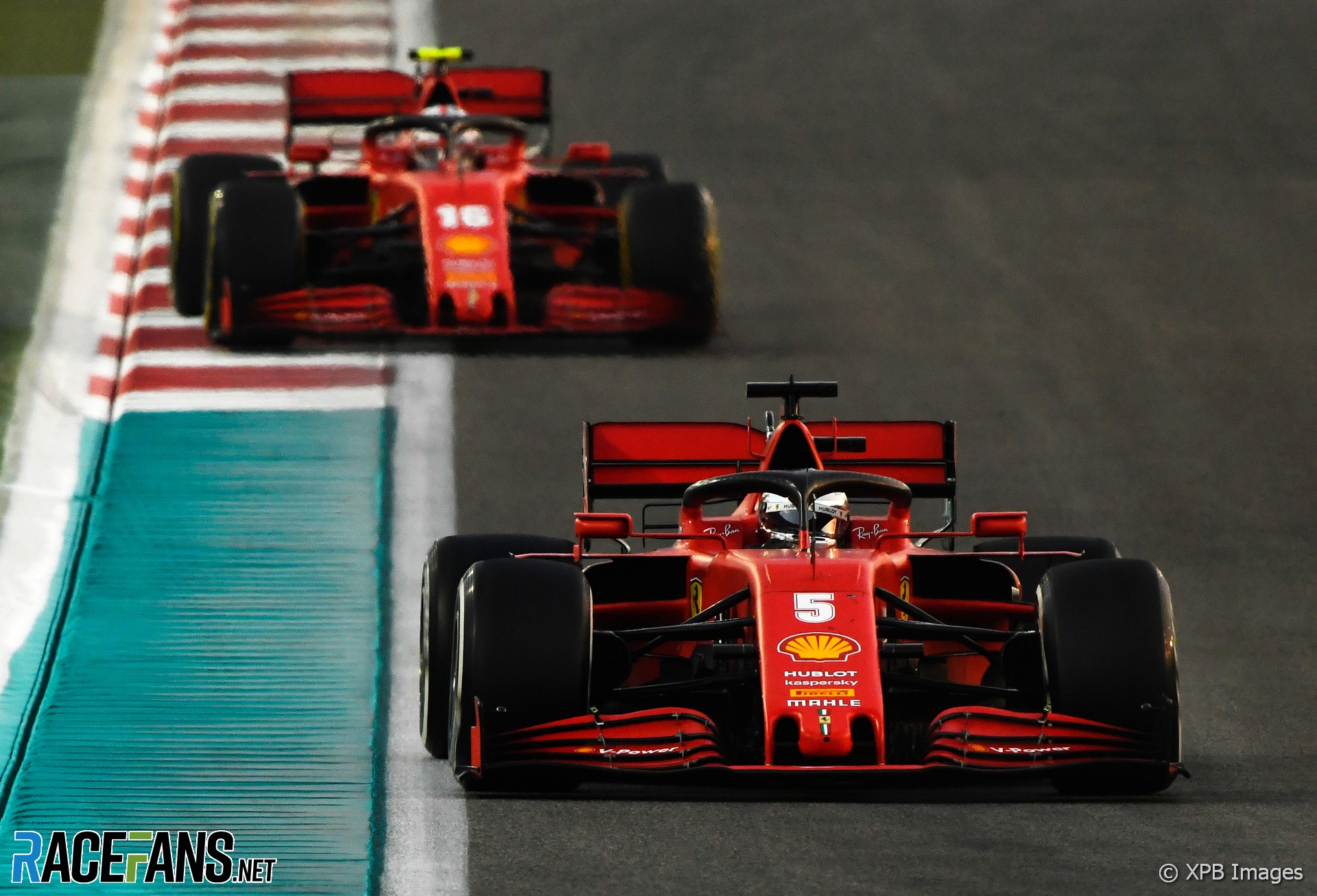 Mekies, who took charge of the team in Abu Dhabi again as team principal Mattia Binotto was absent due to illness, was speaking after the team ended the season sixth in the championship, their worst performance for 40 years.

“In Barcelona, we quickly realised that we had serious concerns about some aspects of the performance of the car,” he said.

Matters were complicated when the beginning of the season was postponed due to the global pandemic.

“Then we went to that crazy situation where we all jumped into Covid at that stage and couldn’t touch or run the car for a few months,” Mekies explained. “So I guess there were indications there that the season would be extremely difficult, as it turned out to be.”

Despite finishing in the bottom half of the points standings, Mekies believes the team can be pleased with its response to a challenging season and the progress they were able to make.

“It’s certainly a good example of what you learn in a time of crisis,” he said.

“It’s in this sort of situation that you learn the most. And I think what we take away is the way the team has been able to stay united during this time to still try to push as hard as we could despite the disappointing results.”

He acknowledged the progress they had made may not be immediately apparent because they weren’t racing at the front.

“There was a lot of small but very significant achievements in the year that were unnoticed because we were at the back,” he explained.

“But, again, it’s something that hopefully will make us stronger and that we will carry on to next year.

“In a nutshell what we take from that is even in such a hard season, globally difficult conditions, the way we have fought and pushed our limits I think is what we will take [away].