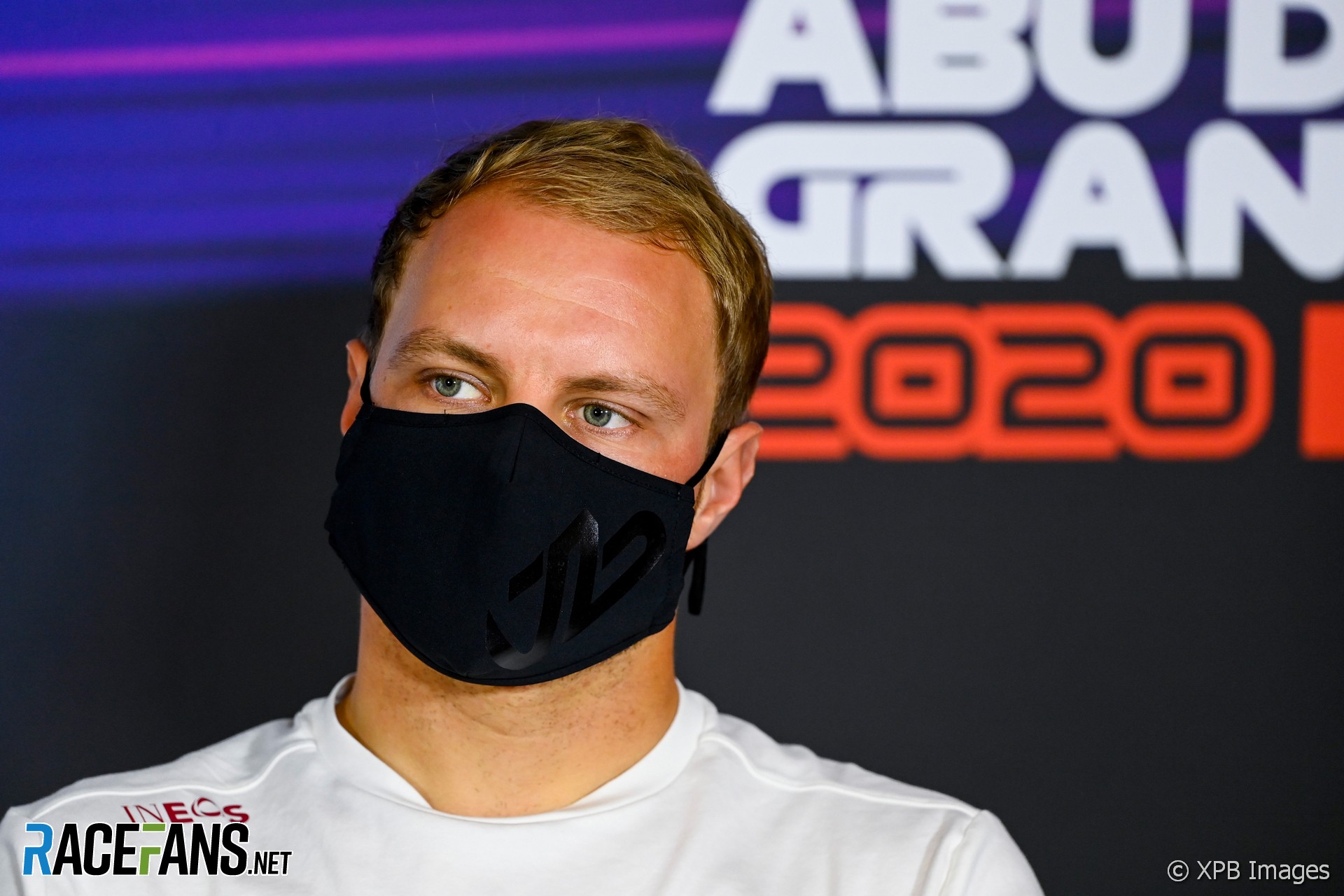 Mercedes team principal Toto Wolff has ruled out the possibility of George Russell or any other driver replacing Valtteri Bottas in the team’s line-up for 2021.

Russell caused a stir by leading much of last weekend’s Sakhir Grand Prix on a one-off appearance for the world champions in place of Lewis Hamilton, who was struck down with Covid-19.

While Hamilton is yet to confirm he will drive for Mercedes again next year, Bottas has signed a new one-year deal for 2021. Nonetheless Russell’s performance has prompted speculation Mercedes could bring him into the team as early as next year in place of Bottas.

Wolff dismissed that possibility yesterday, insisting Bottas “is going to be in our car.”

“I’m hereby confirming it, we have a contract with Valtteri, he’s going to race next year,” said Wolff. “You need to kick me quite hard in a sensitive zone for me to ever lose my morality. And I am loyal to my two race drivers in the same way I’m loyal to our junior drivers.”

With Hamilton back in the car this weekend, Russell has returned to Williams for the final race of the season in Abu Dhabi today.

“George did a phenomenal job last week and he deserves to be in a great car one day,” said Wolff. “He has a contract with Williams for another year. They have been very flexible and accommodating in giving George to Mercedes this other weekend and everything is going to go its way but calmly and in a structured way.”

In a break with the team’s convention, Wolff was heard speaking to Bottas on his radio before his final flying lap in Q3 yesterday. Wolff said he urged his driver to give it “all you have” in the dying moments of qualifying after discussions between the two about how they could improve their communications.

“Every driver is different and we have strict intercom protocols that we follow,” Wolff explained. “I remember when I was a racing driver, I was annoyed by the guys that leaned over to the cockpit and shook my hands before I got going and in that respect I and the team will always adjust to the drivers’ modus operandi. And that’s why I’ve never been on the radio unless we have a critical situation in the race.

“But when I discussed with Valtteri about how we could improve our communication, he said that he felt like a more open discussion or more open communication even whilst being in the car is something that he would like to entertain.

“I said to him ‘are you sure, because I don’t want to interfere into you driving the car?’ And he said ‘no, I’m actually up for it, and I’ve been thinking about it for a while’.”