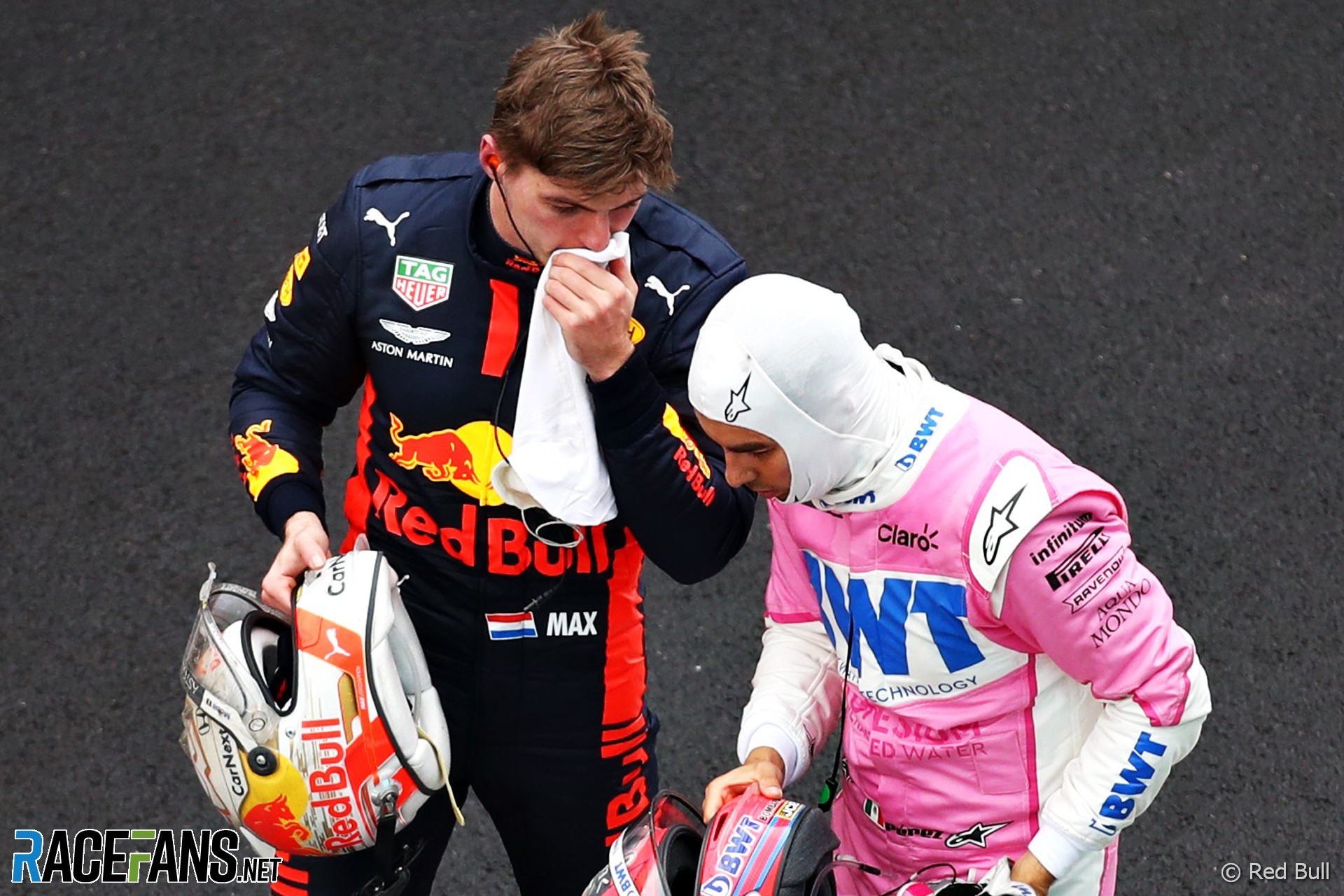 In the round-up: Lewis Hamilton says that Sergio Perez’s move to Red Bull in place of Alexander Albon for the 2021 F1 season will make for an “exciting battle”.

Speaking ahead of the FIA gala, Hamilton said that he was impressed with Perez’s driving this season and said that he would be tactically important back-up for Max Verstappen:

With all due respect to Alex [Albon], in the races that we’ve had, it’s been me and Valtteri [Bottas] against Max.

I’ve been in the position that Max is in, particularly when I was at McLaren, where I was the the lead car and the second car wasn’t in the fight. So when we were fighting against Ferrari, they could really move around with the strategy and make it a lot harder for us.

So I think, naturally, this makes Red Bull stronger, particularly with the way Sergio’s performing. I think Sergio has driven incredibly well this year and truly deserved a drive. So I was so, so, so happy to hear that he’s been taken on by one of the top teams and given this opportunity.

#FIAPrizeGiving2020 – I have chosen to award Bahraini Marshals and @FIA Medical Intervention Team in Recognition of the Exceptional Reaction to @RGrosjean’s accident at the @F1 Bahrain GP and of the dedication of all the people committed to making motor sport safer. pic.twitter.com/ssWnbi8Ay4

You’ll be back mate 👊 pic.twitter.com/mucxjTEywT

|@Max33Verstappen, who made his #F1 debut at the age of 17, has still never had a team mate who is younger than him:@CarlosSainz55 – 3 years older@DanielRicciardo – 8 years older@PierreGasly – 1 year older@Alex_Albon – 1 year older@SChecoPerez – 7 years older pic.twitter.com/zP82k88h4x

This is what you call earning a fabulous #F1 ride through pure brilliant performance. Congrats Sergio @SChecoPerez @redbullracing

An incredible honour to have these staying with us for another year 🙏#FIAPrizeGiving2020 pic.twitter.com/00fU8TOPHr

"Daly will continue to drive ECR’s number 20 Chevrolet for the road and street course events, 10 of which will carry the colours of the US Air Force. Additionally, Daly will again race a for ECR in the Indianapolis 500."

"The Circuit of the Americas (COTA) has named the opening corner of its Formula One track 'Big Red' in honour of the circuit's co-founder Red McCombs. The Texas-based businessman was the circuit's largest investor when construction got underway in 2010 ahead of COTA's first Formula 1 race in 2012."

"While every lady driver was impressive behind the wheels, it was Pragathi Gowda along with her co-driver Deeksha Balakrishna who stole the limelight."

"We are entering the Le Mans Hypercar category (called ‘LMH’) via building a 100% race prototype only. We are not due to build any road car / road-hypercar model or to have any connection with a road model to get homologation of our race car."

"I’m not saying it wouldn’t be great to have more seats available, more teams developing talent and giving us more people to root for, more storylines and more action. But it shouldn’t be so that there is complete indifference about who is and isn’t on the grid each year. They should be heading off to race something else exciting if they don’t stay in F1."

Somewhere in the whirl of activity, rumours and eventual decisions about Red Bull’s second seat, a statistical threshold for their aims for the first one quietly passed:

Verstappen says he wants a competitive team mate (I’m not sure what his contract says though) but Red Bull has shown in the past they don’t play that way, they want a clear number one and number two driver.

The team has also said in the past that making Verstappen the youngest world champion was their goal; they have missed that opportunity since in order to beat Vettel’s record of 23 years and 134 days old Verstappen would have had to win the drivers’ championship in 2020, that doesn’t mean that Red Bull no longer see him as a future champion after all they have invested in him…
The Dolphins