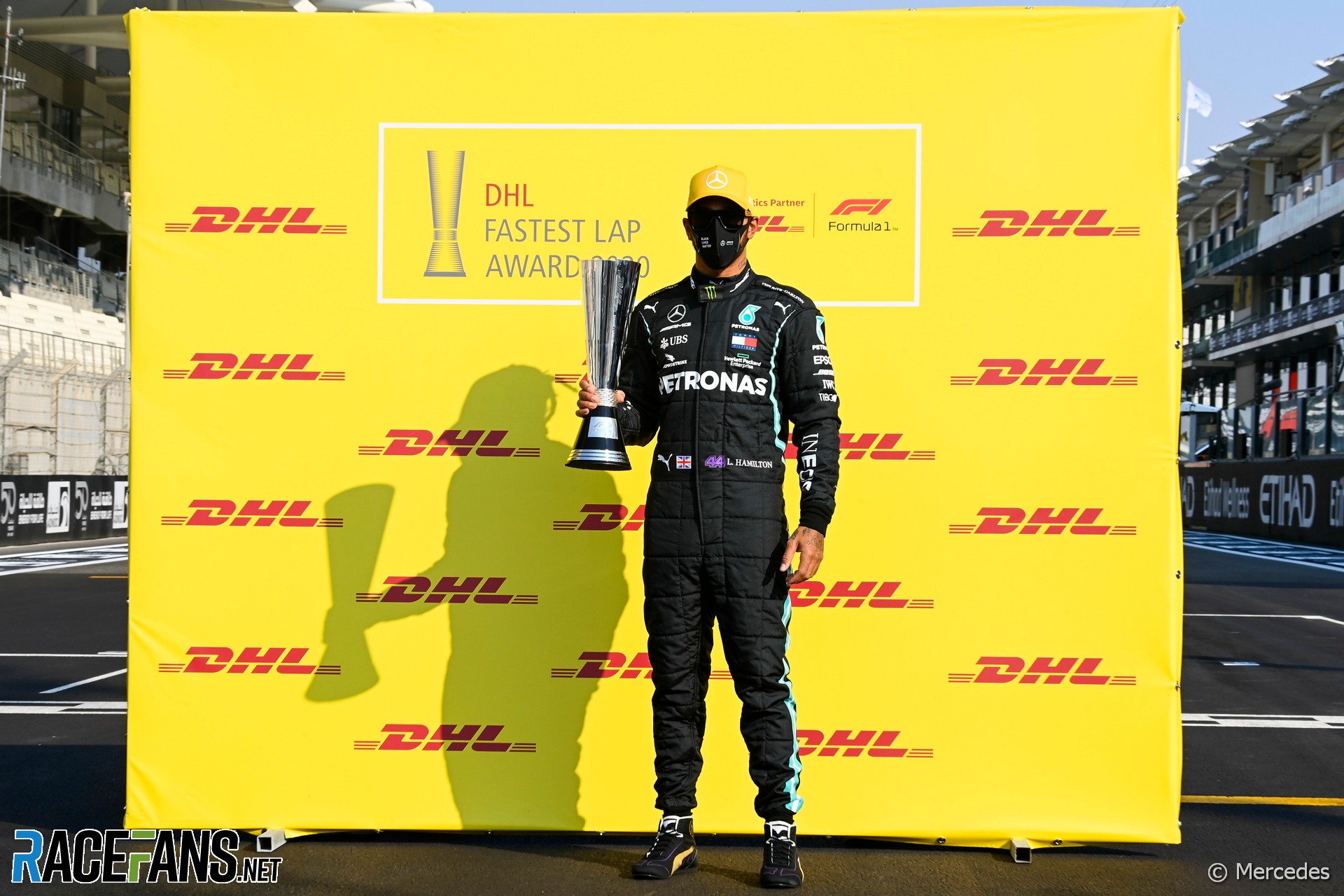 Lewis Hamilton has revealed more about the effect catching Covid-19 had on his health.

The world champion missed the penultimate round of the season, the Sakhir Grand Prix, after contracting the virus.

Hamilton tested negative for Covid-19 ahead of the Abu Dhabi Grand Prix and was able to take part in the final race of the season, where he qualified and finished third. However he admitted during the weekend he wasn’t back to full fitness.

“I’ve lost six kilograms over the part two months, four of which I lost when I got Covid,” Hamilton revealed in a social media post. “I’ve lost so much muscle.”

Next to a picture of himself in a gym Hamilton said he was “starting from a low point in strength now, not fun, but I’m determined to get my strength back and be 100% again. No pain, no gain.”

Hamilton, who won the world championship for the seventh time this year, was yesterday named chosen as the BBC’s Sports Personality of the Year for the second time in his career. The winner was selected through a public vote drawn from a shortlist of six candidates.

“I really want to say thank you to everyone who called in and voted for me,” said Hamilton after repeating his 2014 success in the competition. “I really wasn’t expecting this, knowing that there’s so many great contenders, but I think we’re all winners.”

“This year’s just shown how many iconic heroes we have in the UK,” said Hamilton. “I’m just really proud to be amongst them all. I will continue to try and do my part of presenting the country in the best way I can.”