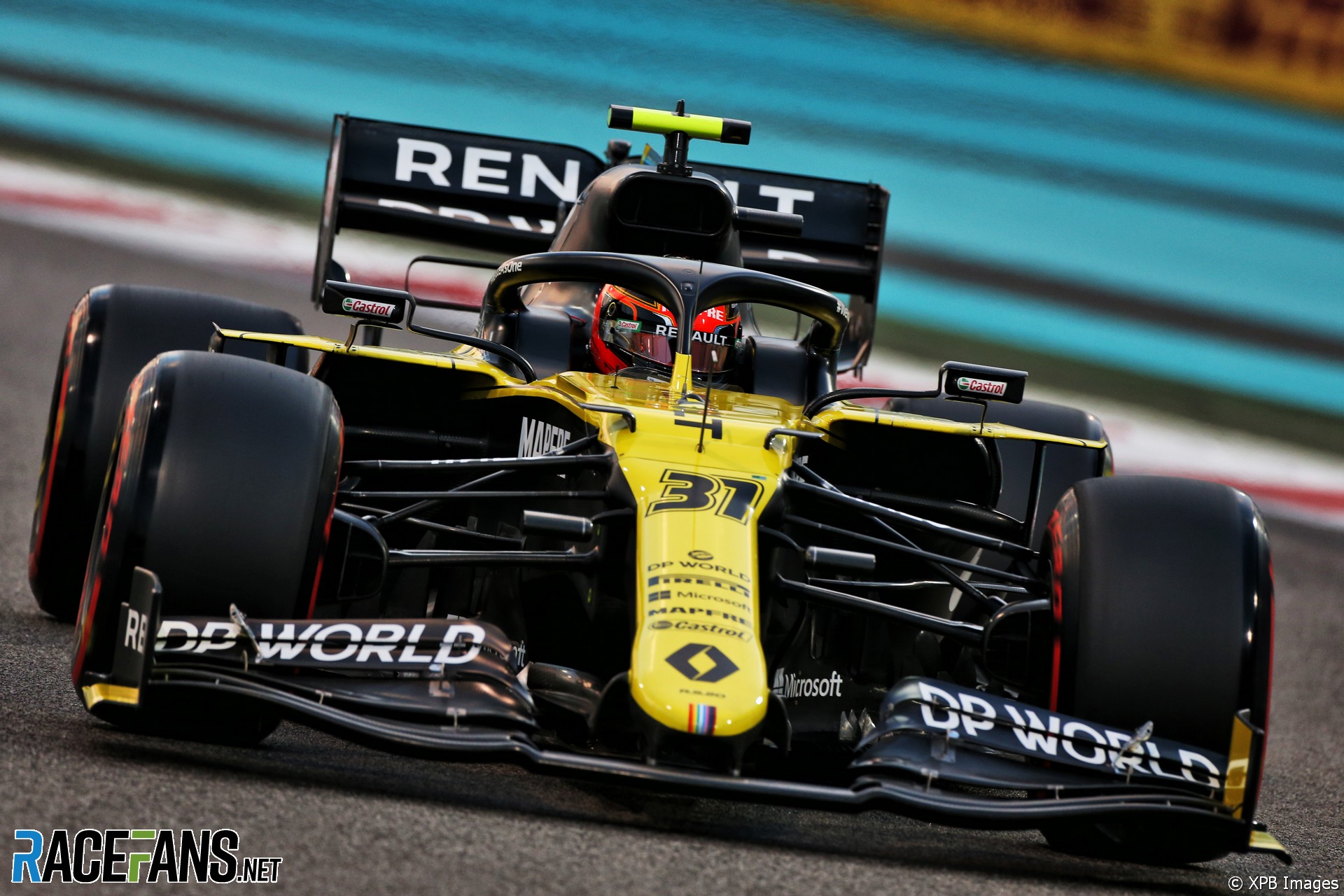 In the round-up: Esteban Ocon says changes to the camber of the corners at Yas Marina could aid overtaking at a track where passing is notoriously difficult.

Ocon produced on of the few passes of the season finale by taking Lance Stroll on the last lap, but agreed overtaking is very difficult on the purpose-built Yas Marina circuit:

At least I managed to get some overtaking the last lap. I hope you did enjoy watching that. But apart from that I heard it was pretty boring.

It was very tough to overtake. That’s very clear. It’s quite difficult to follow into the last sector all the low-speed, off-camber [corners]. You really need the grip of the car to pass in there for sure.

I think having a bit more camber in the corners and stuff like that would help because they are all off-camber so you really slide and it’s not too nice. Obviously it’s a challenge but it’s not nice for following another car, it makes it tricky. I’m pretty sure we could do things better, but it requires work.

|@LewisHamilton has won the 2020 BBC Sports Personality of the Year Award after clinching a record-equalling seventh Formula 1 world championship title and a record-breaking 95th grand prix victory in the same season.#BBCSPOTY #SPOTY pic.twitter.com/LfvDYSwbO8

Webber says Verstappen is already a match for Hamilton in qualifying but not in races.

"21-year-old Peroni comes to the US having raced in the Formula 3 Championship in the 2019 and 2020 seasons. Peroni missed the final round of the 2019 season following a horrific crash at Monza but came back strong in 2020 to claim three podium finishes and two fastest laps to take 10th in the standings in the 30-car field."

"Biggest disappointment: Mercedes winning so easily again. It’s not good for the sport. Lewis is one of the greatest of all time but there are other great drivers on the grid and they need to be given a chance to fight for the title."

"Only 30,000 cricket fans will go through the turnstiles each day during the Boxing Day test, Australian Open organisers, who have delayed the event until February 8, are yet to announce crowd numbers, and the Australian Grand Prix, which was dramatically shut down earlier this year due to the pandemic, is also still in negotiations over trackside crowds."

Neil reckons Red Bull have made the right choice with Sergio Perez:

I think Perez and Hulkenberg are broadly at the same level, but the things that Perez really excels at – ability to extend a stint, manage the tyres, the way he’s always there when someone else messes up – are more suited to what Red Bull need in 2021. He’s also raced all this year, so there’s no chance of rustiness.

That, and Perez is a far more commercially attractive proposition than Hulkenberg, Gasly, or anyone else they might have considered to replace Albon. He’s their best bet both on the track and off it.
Neil (@neilosjames)