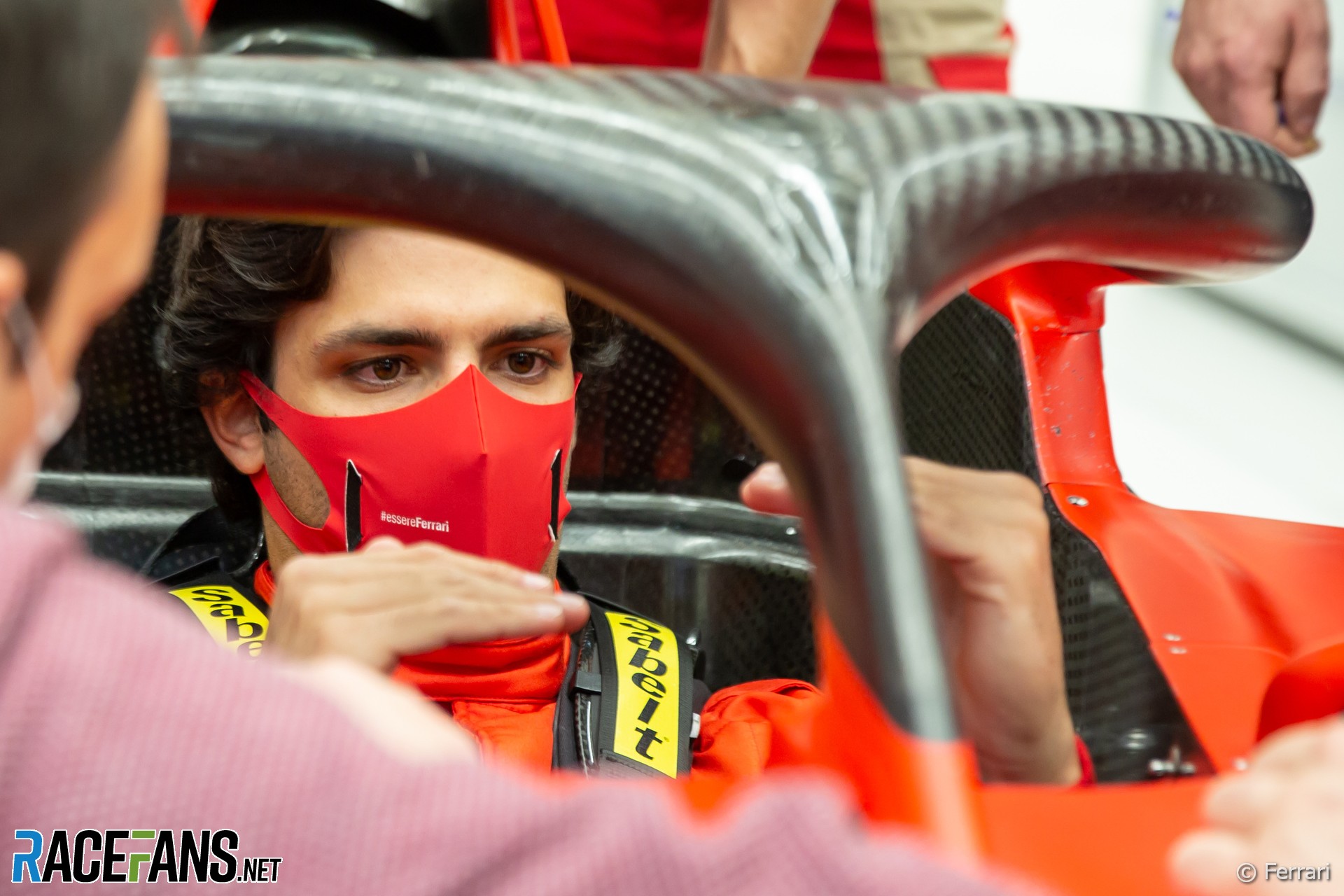 Sainz, who finished sixth in the championship with McLaren for the past two years, has joined Ferrari for the 2021 F1 season:

Carlos obviously played a very important role in our journey in the last three years. He came to the team after a really difficult period for the team and then really from the first outing onwards, his test in Abu Dhabi two years ago, he gave it all for us both inside the car as a driver.

Also outside the car, in terms of the working relationship and also attitude he had towards the engineers, I think he was very important when it came to giving input regarding the development direction we had to take with the car.

So he was a very important asset. In the end the points he collected with us in these two years speak for itself and the result we could achieve as a team in the constructors championship.

What was impressive for me, to be honest, never having worked with Carlos beforehand, is to see how he was approaching race weekends, how focussed he is during race weekends, how he’s going into this zone and then simply pulling it off when it mattered, both in qualifying in the race. He’s very strong when it comes to executing the race. He’s very strong in keeping the overview, finding the right balance between risk and reward on track.

If you see what he did this year, the first laps he did, seeing how many positions he could make up many, many times in the first lap, overtaking moves he did, the way he’s managing the tyres together with his race engineer, obviously, which is a big challenge, is impressive.

So I think he has everything he needs to become a top driver in Formula 1. He’s moving now to Ferrari after the two year things with us so we wish him all the best there. And as I’ve said, we’ll give it all to make sure we beat him on track.
Andreas Seidl

Brian was the voice of Brands Hatch for many, many years. And he was still commentating at the Formula Ford Festival just a few seasons ago.

No doubt he’d hope the year still goes ‘tolerably well’ in his absence but he will be missed.

Commentating at the Formula Ford Festival with Brian was my version of winning the world championship. Condolences to his family. He will be well remembered by his many, many friends

Mercedes technical director James Allison says the team weren't able to fully exploit the benefits offered by DRS due to the limited opportunities for testing and development in the compressed season. The drivers didn't find it easy to use and weren't able to get everything out of it.

"However, and it has been on the table for some years now, how about a Formula 1 race? It was not long ago a major private project was put forward and Bernie Ecclestone even popped over to have a look for himself."

The chances of the Australian Grand Prix going ahead as planned in March are diminishing:

Melbourne has just come off an incredibly strict 110 day lockdown to eliminate the virus. The public won’t be happy about any risk to that. New South Wales are having clusters that have 10 cases per day and Victoria closed the border to them.

I just can’t see the grand prix happening. Countries that have it under control aren’t going to risk it.
Grannie Annie