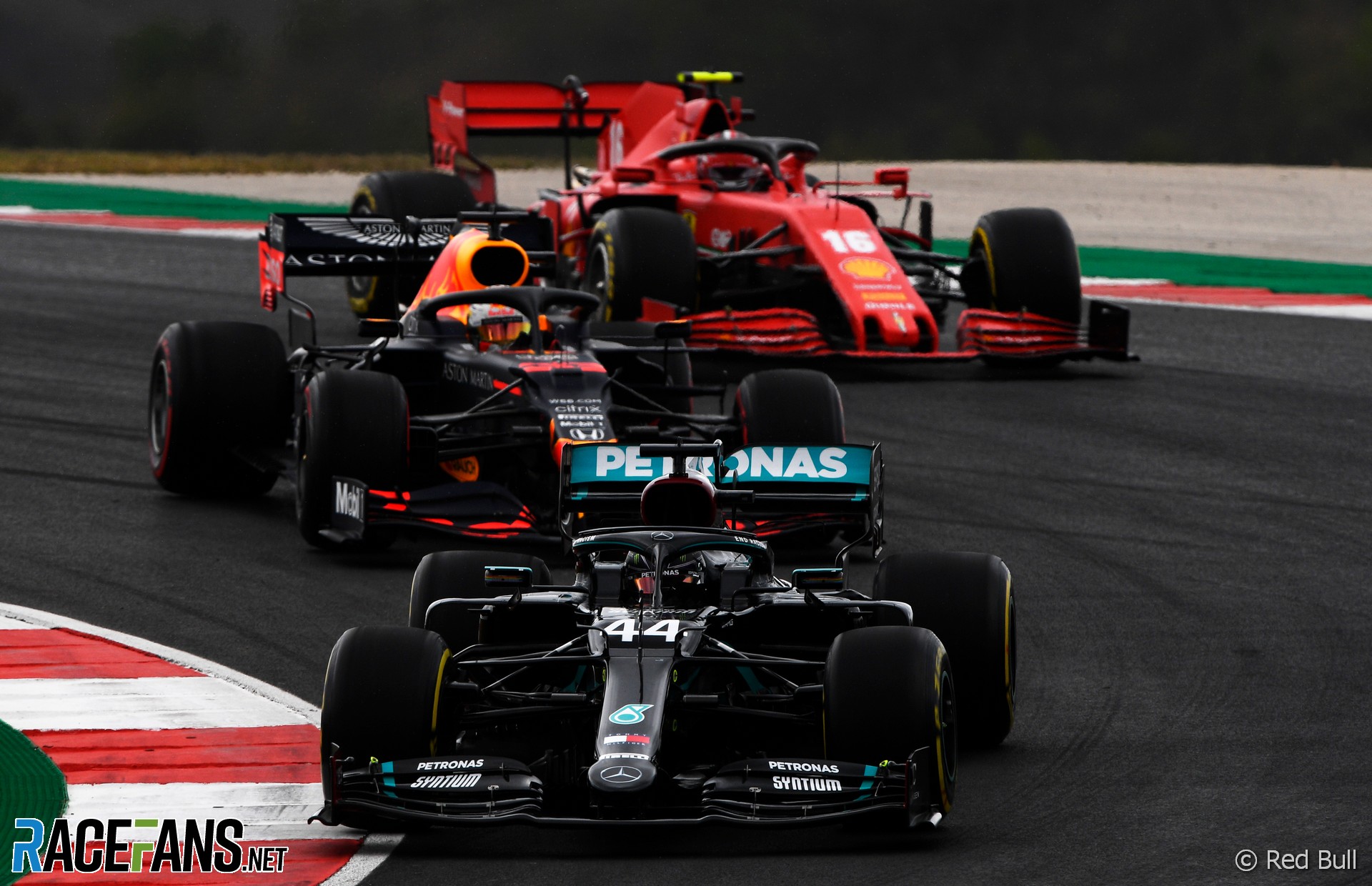 Out of last year’s 17 races, Mercedes walked away with 13 wins and 15 pole positions, not to mention their seventh consecutive pair of championship titles.

Will their opponents let them get away with it just as easily again in the 2021 F1 season? Who will be the biggest threat to the three-pointed star? Join in our first poll of the new year.

In Max Verstappen, Red Bull have arguably the best driver in Formula 1 right now, besides Hamilton. He won twice last year and, arguably more impressively, ended the season just nine points shy of the second Mercedes, despite having a far less competitive and reliable car.

Red Bull made clear progress throughout 2020 which bodes well for them in a season where teams can only make limited changes to their cars. The arrival of Sergio Perez alongside Verstappen gives them their most experienced driver line-up for years.

The team’s performance over the second half of 2020 was flattered by how little development Mercedes were doing. They will lose engine supplier Honda at the end of the year, which can only be a distraction, and although the manufacturer has made all the right noises about giving their programme maximum commitment until they leave, it remains to be seen whether this will be borne out in reality.

McLaren have made strides in recent seasons and finished ‘best of the rest’ in 2020. They will benefit from switching to Mercedes’ class-leading power units this year, having previously used Renaults.

The arrival of Daniel Ricciardo means they have a proven race-winner in their line-up for the first time since 2018. And they’ve recently announced a significant increase in funding.

McLaren arguably over-performed by taking third place last year, as their car was often not the third-quickest. Incorporating the new power unit will mean more compromises elsewhere. And while the new investment is welcome, it arrived after much of the development work on their 2021 car was completed. They have also lost Carlos Sainz Jnr, their top scorer of the past two seasons, to rivals Ferrari.

The most improved team of last year, third-quickest in raw performance thanks to its clearly Mercedes-inspired RP20. The car represented a major change in design philosophy for the team, and having had a year to adjust to it will stand them in good stead for 2021, as they rebrand as Aston Martin.

They have also bolstered their driving strength with the addition of four-times world champion Sebastian Vettel.

Big question marks remain over their driver line-up. Lance Stroll was conclusively out-performed by Perez in their two seasons as team mates and Vettel arrives following a dismal 2020 campaign. A lot rides on whether the driver Ferrari cut loose can rediscover his touch.

In their fifth season since returning to F1 as a full constructor, Renault produced their most competitive showing yet in 2020, with three podium finishes. By the end of the season they were dependably competitive across a range of tracks, which bodes well for their first year under their new identity as Alpine.

Two-times champion Fernando Alonso has been lured back to the fold, and took advantage of every opportunity to drive the car last year, even appearing at the ‘young drivers’ test in their latest machine.

Ricciardo led the team superbly last year but has been lost to McLaren, which is not just a blow to their driving strength but also an unambiguous sign that he wasn’t prepared to bet his future on the project. Their reliability was too often poor in 2020, as Esteban Ocon discovered to his cost.

They may have just recorded their worst championship performance for four decades, but Ferrari’s awesome resources means their potential cannot be ignored. Charles Leclerc drove a superb season throughout 2020 and can be counted on to lead their charge while new signing Sainz – a judicious appointment – finds his feet.

Ferrari were a long way from the pace last year, and not just because of their power unit. Big gains also need to be found from their chassis, the team’s pit stops were a weakness and their tactics at times baffling.

In raw performance terms, it’s hard to look past Red Bull, as they were much closer to Mercedes than any other team last year. But they have a habit of losing their way during the off-season, it remains to be seen whether they will successfully address that before the new year begins. Honda’s motivation to throw 100% at its last season is also questionable.

There are big changes going on elsewhere which could shake things up. If McLaren unlock an immediate net performance gain by plugging a Mercedes power unit in, they could be a significant threat. If a change of scene brings Vettel back to his best, his Mercedes-powered Aston Martin could be a regular sight at the sharp end. And while Ferrari have got their work cut out to return to respectability, an improved power unit could get them a long way back towards the front.

However the midfield team which impresses me most as a potential threat to Mercedes this year is Alpine. They may have suffered the disruption of losing Ricciardo, but in every other respect they have made clear and consistent gains. They’ve developed their infrastructure and the consequent improvements to their chassis and power unit were tangible. That plus the formidable force of Alonso back at the wheel makes for an intriguing combination.

Which team do you think will be the biggest threat to Mercedes this year? Cast your vote below and have your say in the comments.

Which team will be the biggest threat to Mercedes in 2021?

68 comments on “Which team will be the biggest threat to Mercedes in 2021?”