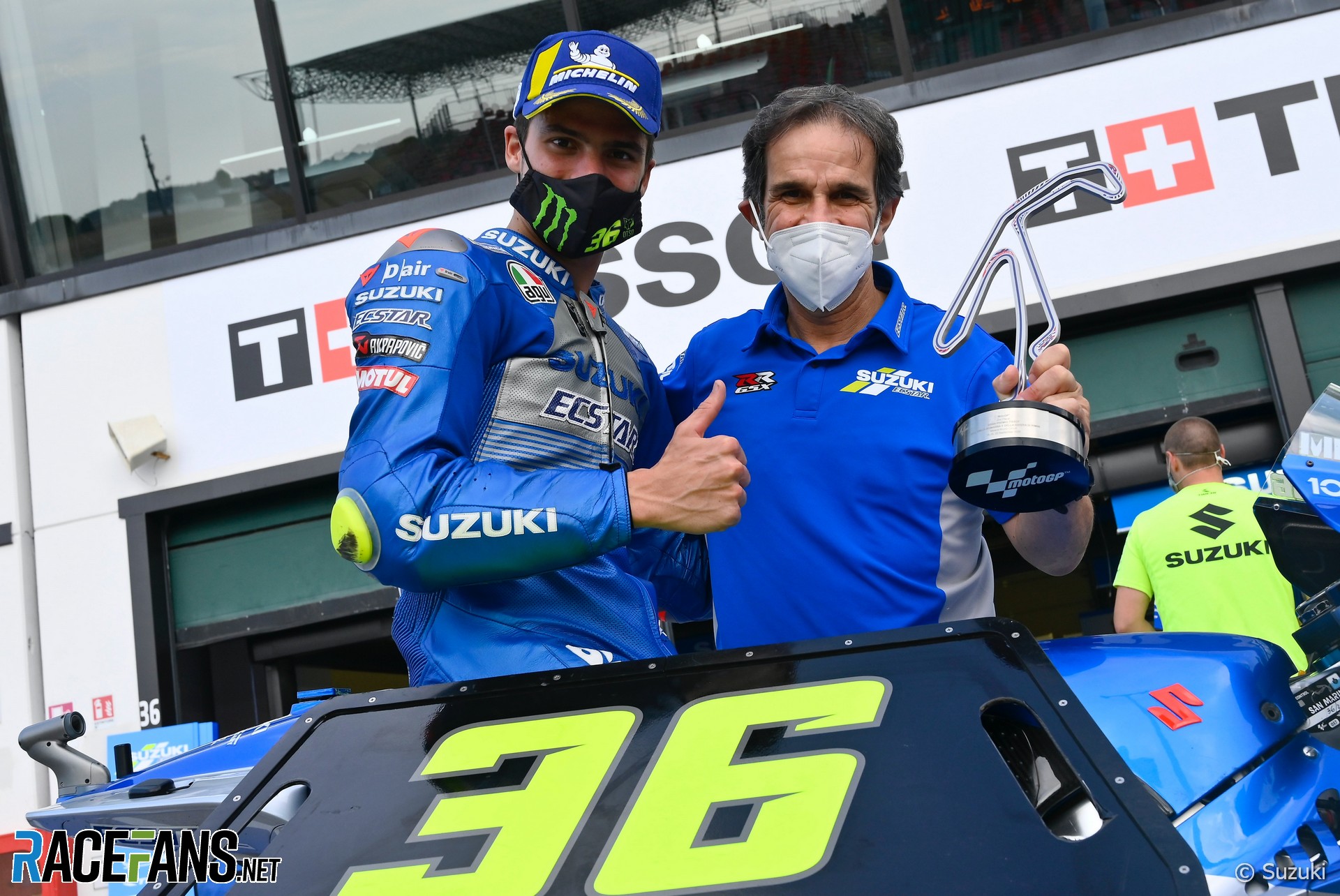 Moto GP team Suzuki says it is shocked by the departure of principal Davide Brivio, who is expected to join Alpine’s Formula 1 programme.

Brivio has has been with the team since 2013 and oversaw their successful 2020 campaign, which delivered championship titles for the squad and rider Joan Mir. Alpine, Renault’s rebranded Formula 1 team, is believed to be Brivio’s destination.

“A new professional challenge and opportunity suddenly came to me and in the end I decided to take it,” said Brivio. “It has been a difficult decision. The hardest part will be to leave this fabulous group of people, whom I started this project with when Suzuki rejoined the championship.

“It’s hard to say goodbye also to all the people who have arrived over the years to create this great team. I feel sad from this point of view, but at the same time I feel a lot of motivation for this new challenge – which was the key when I had to decide between renewing my contract with Suzuki or starting a completely new experience.”

Suzuki project leader Shinichi Sahara was stunned by Brivio’s decision. “Sincerely, it was shocking news for us about Davide’s departure from Team Suzuki,” he said. “It feels like somebody took a part of me, because I always discussed with him how to develop the team and the bikes, and we’ve worked together for a long time.

“In 2020 we achieved fantastic results despite the unusual and difficult situation due to Covid-19. And 2021 will be an even more important year for us to keep the momentum. Now we are trying to find the best way to cover for the ‘Davide loss’.”

Brivio’s move to Alpine is likely to see current managing director Cyril Abiteboul take over a more senior role within the team’s hierarchy.

In a further development at the team yesterday executive director Marcin Budkowski was officially appointed as one of the team’s directors in place of the outgoing Jerome Stoll.