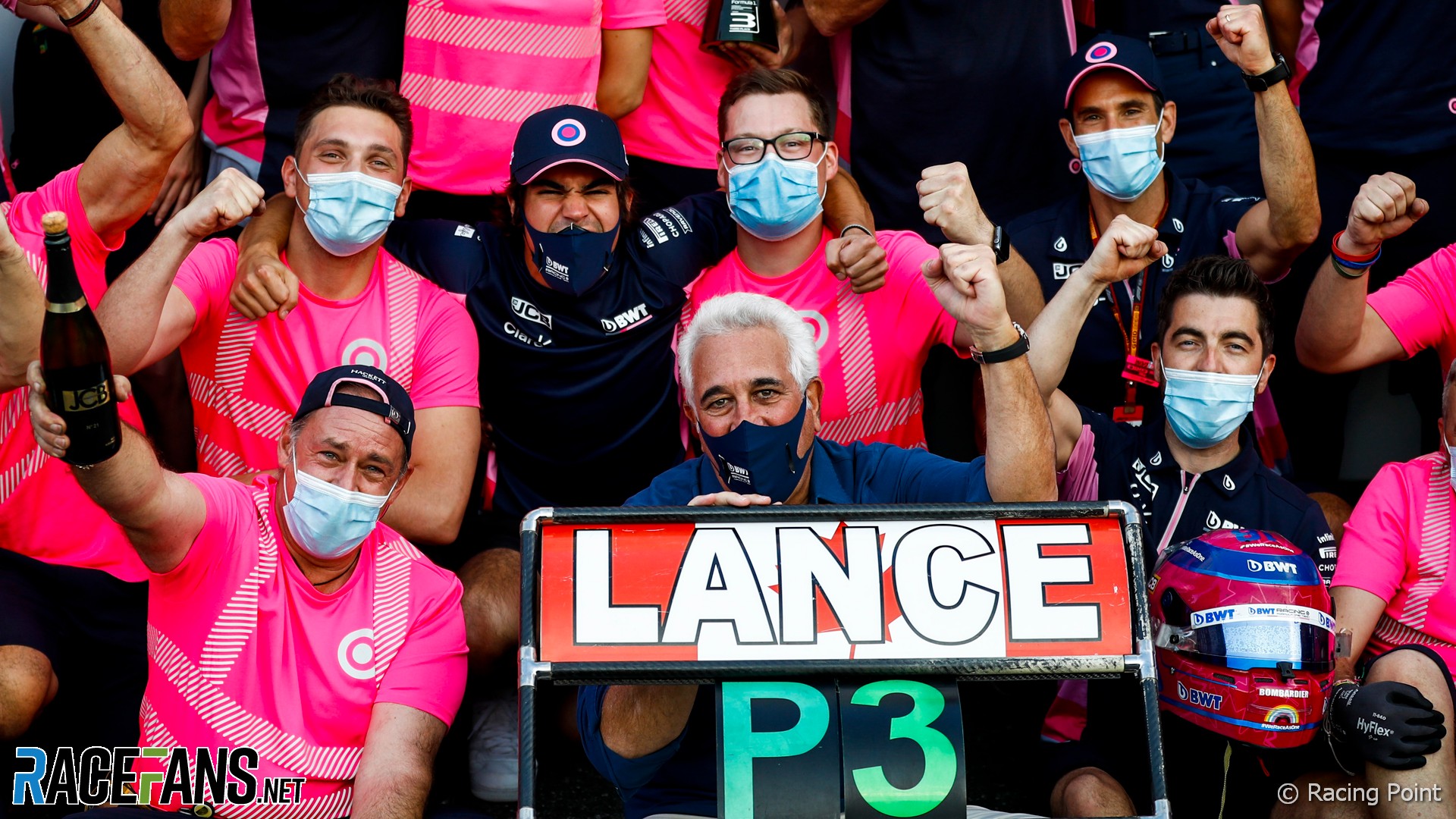 The younger Stroll joined the team, which was previously known as Racing Point, after his father bought it in 2018. Despite being out-scored by team mate Sergio Perez since then, Stroll kept his place in the team’s line-up while Perez was forced out to make room for Sebastian Vettel.

Speaking to RaceFans in an exclusive interview, Stroll stated his son’s performances were good enough that “nobody would be questioning” his place at the team if the pair weren’t family.

Asked how he would justify his son’s place on the team, Stroll said: “Simply by his performance over his life, from being Formula 3 champion, breaking every record.”

His son finished on the podium twice last season, in the Italian and Sakhir grands prix, and took pole position for the Turkish Grand Prix on a wet and very slippery track.

“The two podiums – he probably could have and should have won Monza if not for the restart where they started him on the dirty side of the track and we all know what that meant, he just got wheelspin and still came back to get a podium – and Bahrain.”

Stroll’s son will start his fifth season as a Formula 1 driver this year having entered the sport at the relatively young age of 18. “For a 22-year-old, he just turned 22, to accomplish what he accomplished last year, demonstrated his performance and his justification of being there,” said Stroll.

“This is Aston Martin, this is a business,” he added. “I think his performance on the track 100% justified him being there. And, by the way, if he wasn’t my son, that performance alone, nobody would be questioning.”

Stroll added that misfortune had cost his son several more potentially strong finishes during 2020. “He was in the top four until he had a tyre blow in Mugello when he probably would have been on the podium.

“He had Leclerc take him out in Russia, he had [Norris] take him out the race after, none of which were any things that he did wrong. So I think when you put that whole season together, it was quite impressive what a 21 year old – he wasn’t 22 at the time – was able to do.”