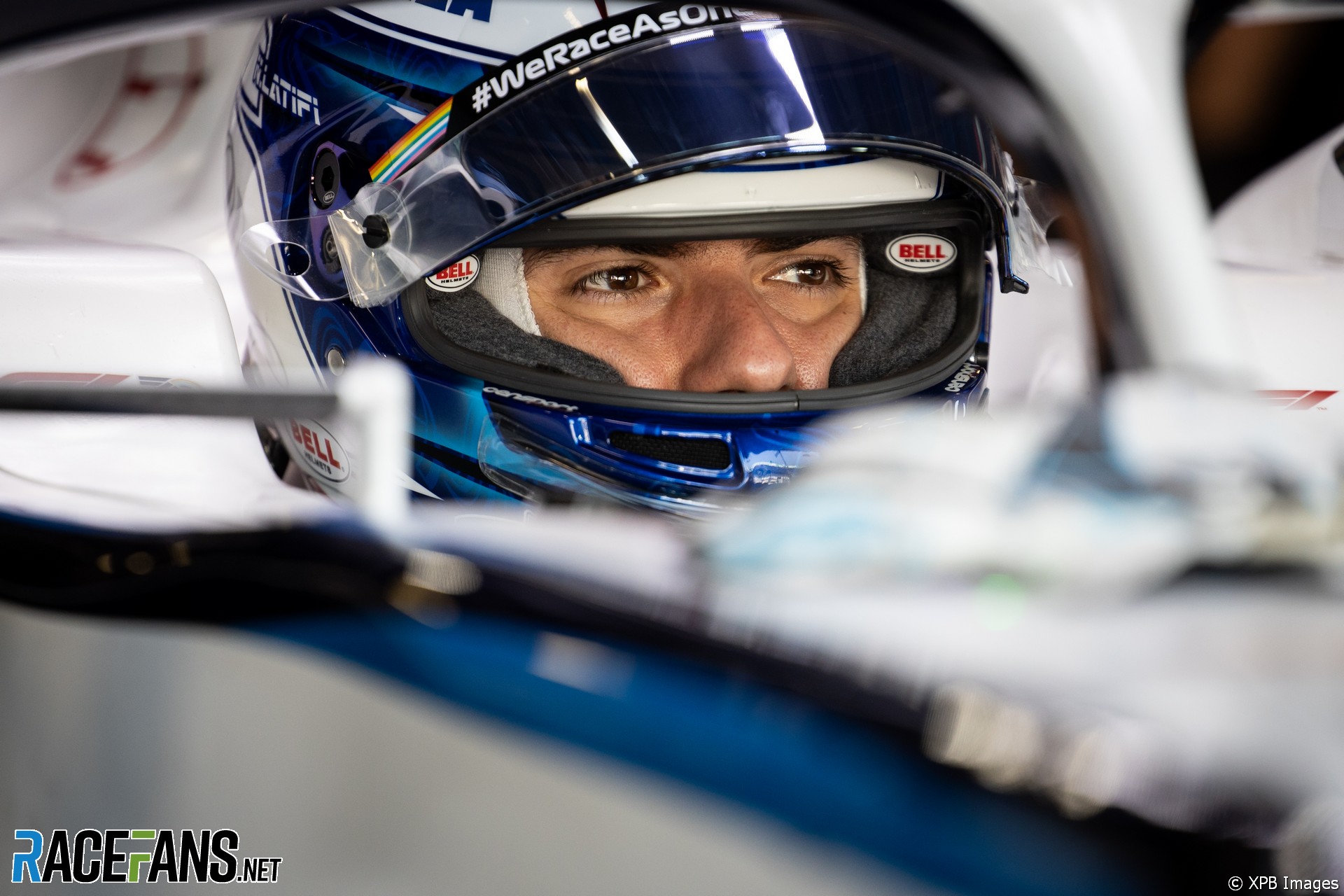 Williams has announced test driver Roy Nissany will drive one of its three days of testing ahead of the 2021 F1 season.

The team confirmed today Nissany will continue as its official test driver for the new season. His role will include a day of running in pre-season testing, which has been cut from six days to just three this year.

Nissany will again take part in three first practice sessions for the team in the new season, it added. He drove for them at the Circuit de Catalunya, Monza and Bahrain last year, as well as in the post-season test for young drivers.

The 26-year-old, who finished 19th in Formula 2 last year, said he had “made huge progress” since joining the team. “On top of the great [first practice sessions] we had a lot of productive work behind the scenes. While dedicating as much as I can to the team, I enhanced my skills and my capabilities as a driver. I am very keen to continue this form in 2021.”

Team principal Simon Roberts said: “As a team, we were very happy with the contributions Roy made both through his work on-track and in the simulator at Grove, which all aided the lap time gains we were able to make with the FW43. We also enjoyed seeing Roy grow as a driver, and we have no doubt that he will continue to go from strength to strength this year.”