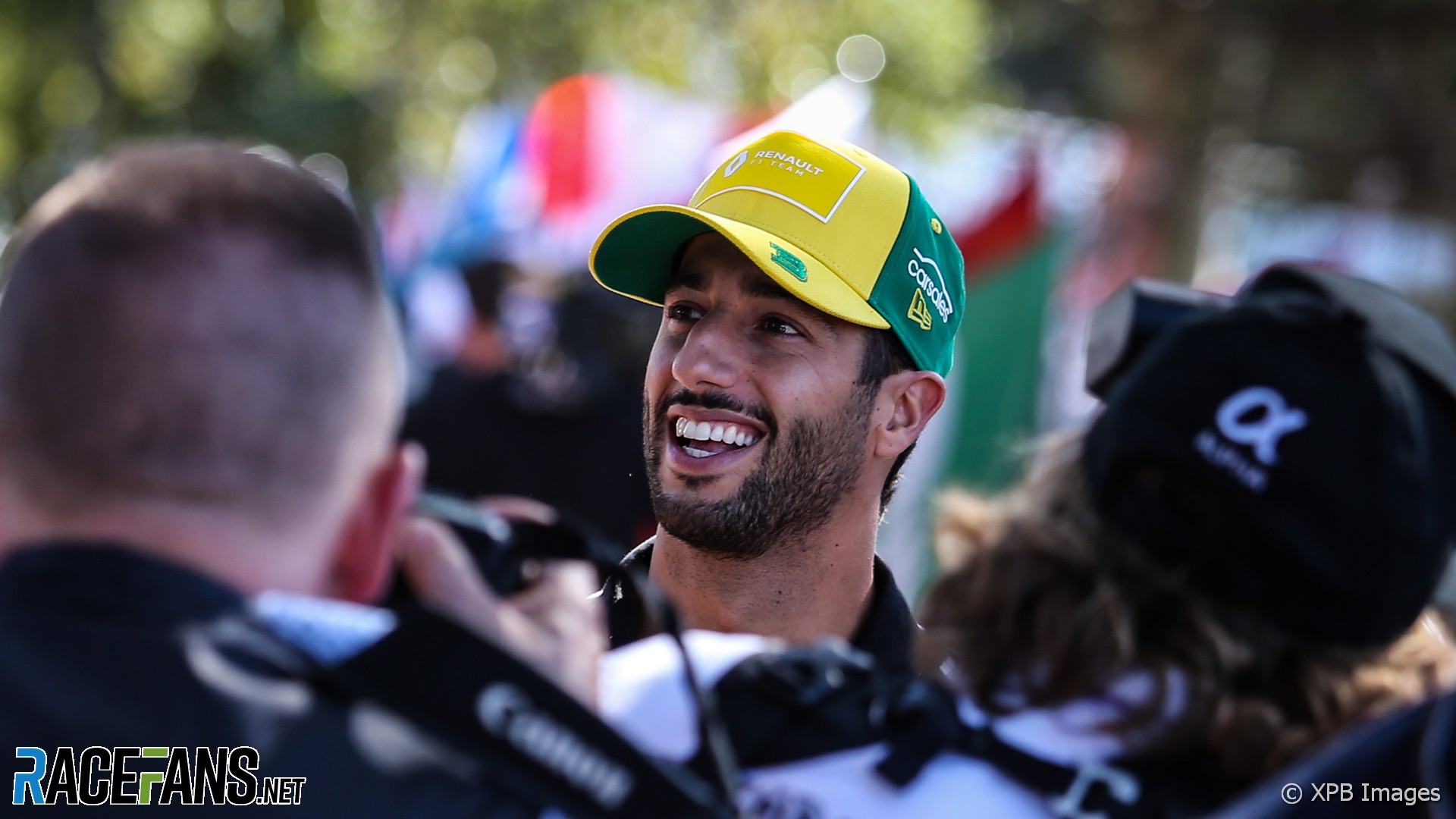 In the round-up: Daniel Ricciardo has said that, if the Australian Open tennis tournament can go ahead without a rise in Covid cases, it could be ‘the template’ for a Melbourne Grand Prix.

"I'm a massive tennis fan and I'm going to be watching it, and I'm hoping they can pull it off because it's a template in some ways for how we can get our event done in November."

"He will not have to pay 20 percent of his gross income from 2015 to 2021 to Dorte Riis Madsen, the Eastern High Court of Denmark has ruled."

Thanks to Bob for the tip!

"Ganassi and Andretti – two of the 'Big Three' teams of IndyCar in recent years – participated in the test, with Ganassi on track Monday and Andretti turning laps Tuesday. It should come as no surprise that it was reported reigning series champion Scott Dixon was quickest Monday in a Ganassi Honda and perennial series title contender Alexander Rossi was tops Tuesday in an Andretti Honda."

"The partnership will deliver on both companies’ shared belief to offer creative and engaging experiences to its community of fans across racing and gaming. Fans can look forward to seeing McLaren’s Formula 1 racing driver, Lando Norris, playing a key role as part of the collaboration."

"Penske doesn’t do charity when it involves his name. The tenures of two of his most successful drivers in decades - Helio Castroneves and Juan Pablo Montoya - ended not on the timelines of the drivers with five combined 500 victories, but when Penske said it was time."

Race Of Champions to hold World Final event by the arctic circle in Pite Havsbad, Sweden in January 2022 (ROC)

"At ROC we are always looking for ways to put new exciting tests in front of some of the world’s top race drivers. In the past, that might have been a very tight track inside a stadium, but this time we will be able to build a longer, wider more spectacular track. The event will be unlike anything we are used to seeing and be one of the ultimate tests of a driver's car control."

"Augusto Farfus will drive the Hyundai Veloster N ETCR on the banking of the Florida speedway before the start of the IMSA Challenge race.t"

Racing toward disaster: How tech hubris took down Mazda and Nissan's boldest motorsports bets (The Drive)

"Whether it was an over-commitment to a technology that was far from ready for prime-time, or a misguided engineering effort that siphoned millions into a dead-end before alarmed executives pulled the plug, the common factor was surprisingly familiar: 'we know what's best.' Except they didn't — and that became an extremely expensive lesson to learn for each member of this otherwise distinguished duo."

"Today was an amazing experience driving the Alpine A110S at #RallyeMonteCarlo. It's been a dream of mine to have a go at rallying so to have a taste of it at a brilliant event like this was definitely special. [1/2] pic.twitter.com/8qs8pWOCJf

Just a wild thought in the rumoured Merc cooling update.
The current car has the forward facing inlet trumpets indide the plenum fed via a low mounted intercooler. Pic below.
May be the inlet set up is reversed? pic.twitter.com/aEm67NrTLq

Stefano Domenicali has proposed rotating races on future F1 calendars to maintain variety of venues without extending the calendar excessively, but is it realistic to expect every-other-year events to be financially viable, asks GT Racer:

I can’t see many of the race promoters been open to the idea of rotating races as that sort of arrangement offers them no benefits, It’s all mostly negatives.

Lost revenue is an obvious negative but it can also be harder to promote and drum up interest in a race that only happens every other year. The promoters need a big event to promote each year as that is how they sell tickets and make their revenue, Without that they will lose money which makes it harder to continue hosting the big events.

One of the factors that led Hockenheim and Nurburgring to losing the race completely was that the alternating arrangement after 2006 hurt both venues as both were losing chunks of money due to the lost revenue, Both were finding it harder to draw in fans and both felt that was at least in part due to not having that annual big event to promote year around and both then also felt that hurt there ability to attract other big events.

Some places could maybe get away with it as they have that massive die-hard motorsport-mad fanbase, But some venues would simply not be able to sustain the race if they were been alternated on and off the calendar.
@GT-racer