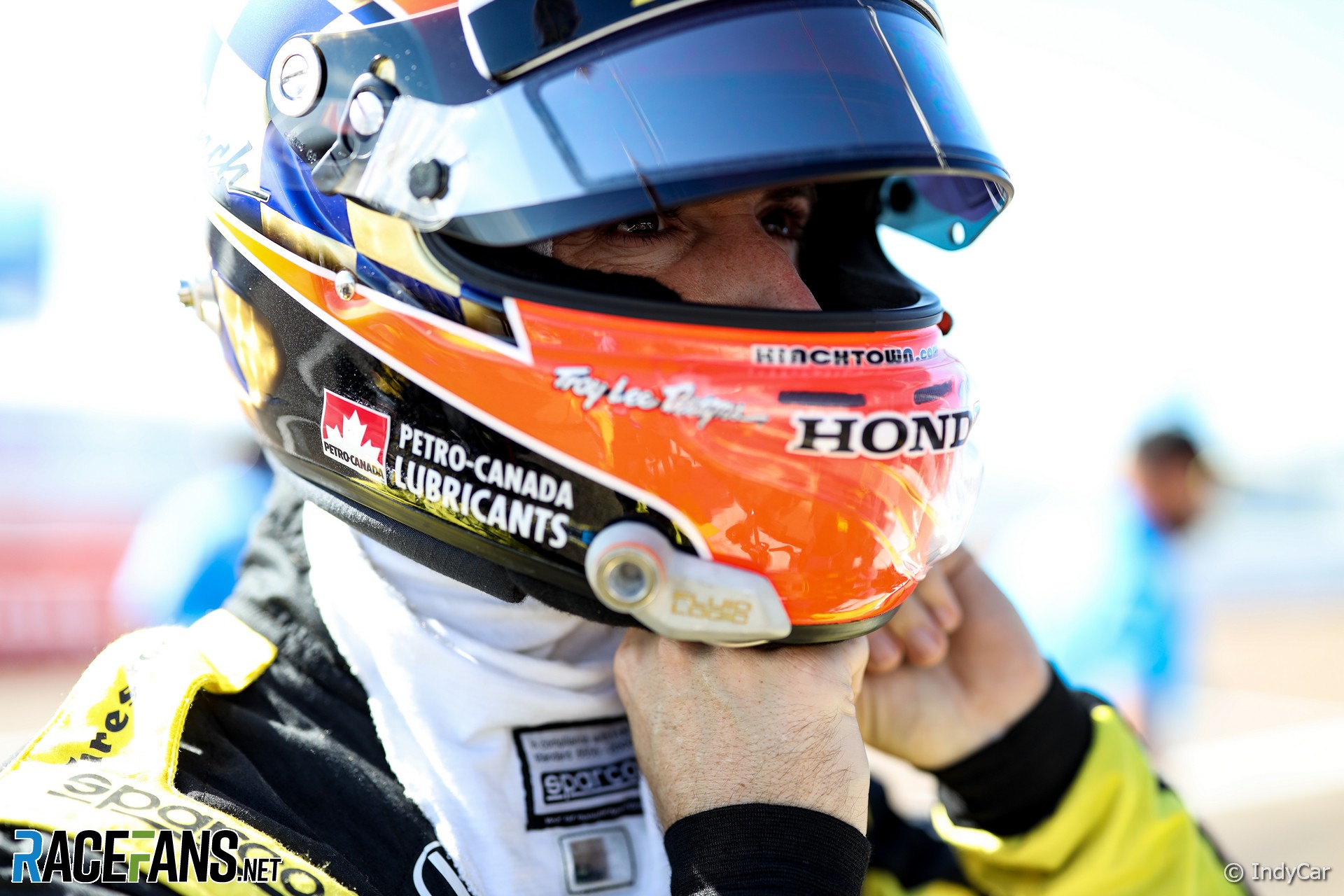 In the round-up: James Hinchcliffe will return to full-time competition in the IndyCar series this year.

Having lost his full-time IndyCar drive last year when his former Schmidt Peterson team metamorphosed into McLaren SP, James Hinchcliffe will return for a full season this year with Andretti.

Hinchcliffe previously raced for Andretti between 2012 and 2014, taking over the car previously driven by Danica Patrick. He scored his career-best eighth in the championship during the first two of those seasons.

He joined Schmidt Peterson the following year, but started just five races before being badly injured in a crash at the Indianapolis 500. He returned to the team in 2016, and scored his most recent victory for them at Iowa in 2018.

Having been left out of a drive by McLaren’s takeover of the team, Hinchcliffe returned to Andretti for six races last year including the Indy 500, where he finished seventh. His planned part-time campaign was expanded when he took over the car vacated by Zach Veach at the end of the year, and he will continued to drive the number 29 machine this season.

“This programme is something we’ve been working on since the day we signed our three-race deal with Andretti Autosport last March,” said Hinchcliffe. “Being back full-time has always been the goal and it feels so great to know that I will be back on the grid and with such an amazing team, one I’ve had a lot of great memories and success with.”

Will the new budget cap be hard to police?

And what did F1 learn from the new tracks it experimented with last year?

No case but taking care with #PatrickTambay lid he gave me @McLarenF1. The former @ScuderiaFerrari @dakar driver is a wonderful man. Note the nozzle for driver air bottle system in case of fire. pic.twitter.com/8HmC2o0SDx

"I believe Lewis is looking for 10 percent of the team's television money and it is hard to understand why he would not be worth that."

"I think they (Williams) are going about it in the right way and it just takes time. It’s not going to be an overnight change for Williams, it’s going to take a few years, but they’re on the right path."

"The Bloodhound land speed record project is up for sale for the second time, with owner Ian Warhurst stepping away as a result of pandemic-induced funding difficulties. "

"The back of the chassis and gearbox bell housing around the engine have changed significantly to adapt to the new power unit. Changing power unit greatly alters the architecture of the car and the way everything is packaged, so the entire cooling layout and all the pipework – be that for fluid or air – has changed, along with all electrical harnessing and control boxes."

NBCSN's exit is not a disaster. But it is a reality check (Racer)

"NBC picked up the option for 2021 and we should all pray it wants to continue into the future, but it’s not like IndyCar has a lot of leverage or offers a great bargain."

George Russell made one of the worst errors of last season at Imola, but that alone isn’t reason to discount him from a future promotion to Mercedes:

I can’t understand why people are using that Safety Car crash as evidence Russell isn’t ready for the Mercedes seat. Was Hamilton crashing in the pit lane in 2008 evidence he got the McLaren seat too soon? His drivers’ championship suggests not. And in terms of this season, was that crash worse than Bottas’s entire Turkish Grand Prix?

In complete agreement about the car playing a part in the rankings too – obviously Bottas’s two wins catch the eye more than Russell’s ninth place, but Bottas spent most of the season demonstratively not getting the most out of the Mercedes – can we really say that about Russell and the Williams?
@Kevinc