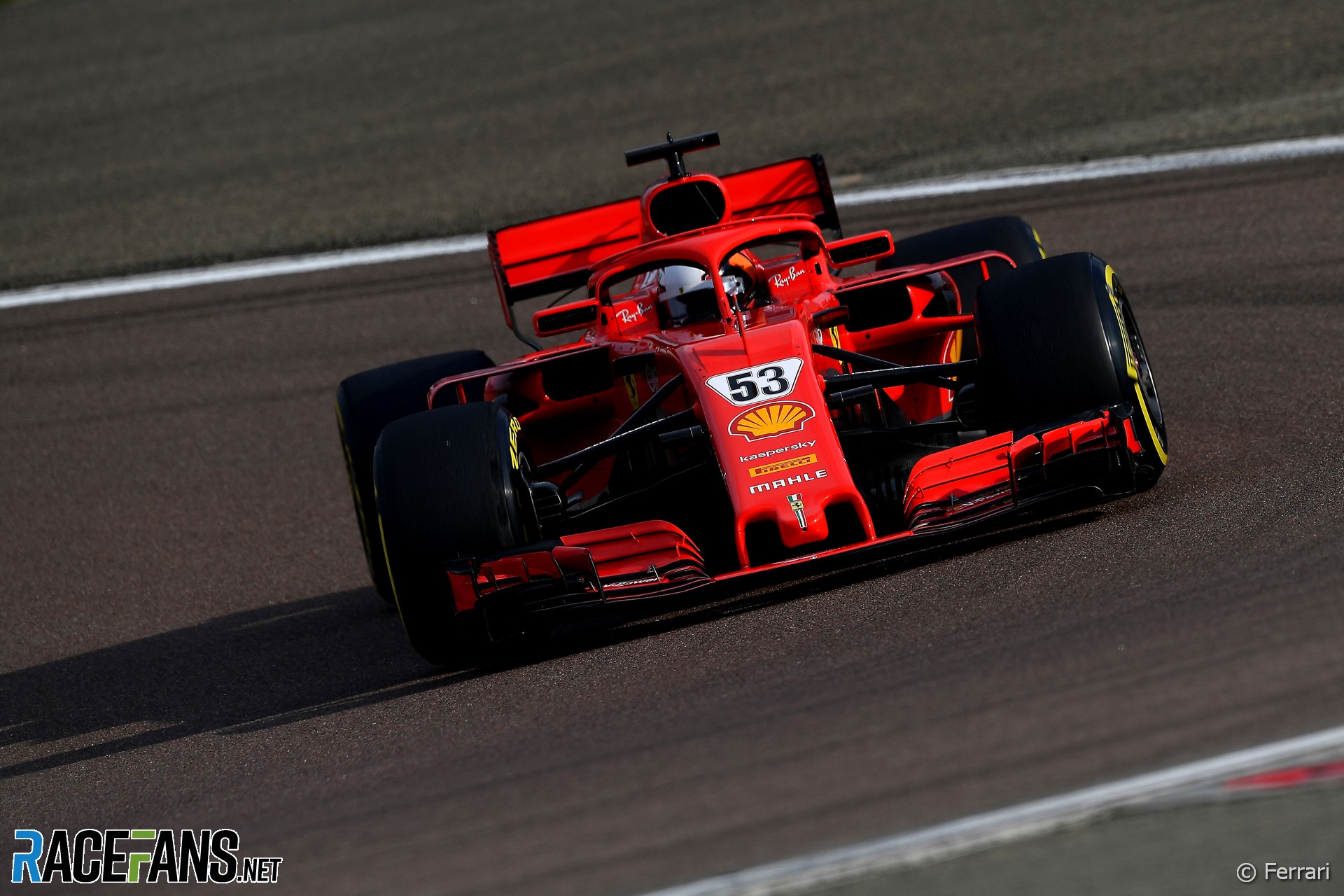 Callum Ilott was the seventh and final driver to take part in Ferrari’s five days of running at its Fiorano test track this week.

The team’s official test driver took over the car after 1pm from his fellow Ferrari Driver Academy member Mick Schumacher. He added over 50 laps to the team’s testing mileage for the week.

Ferrari covered over 500 laps over the course of its week of running with a three-year SF71H chassis, logging more than 1,500 kilometres, equal to nearly five grand prix distances. It did not release any times from the test, which Carlos Sainz Jnr, Charles Leclerc, Giuliano Alesi, Marcus Armstrong and Robert Shwartzman also participated in.

“The most important aspect of the test was to give the Scuderia’s official race drivers, Charles and Carlos, the opportunity to get back into the swing of driving again after the winter break,” said sporting director Laurent Mekies. “For the FDA guys it was another opportunity to experience driving a Formula 1 car.

“For Carlos and Marcus the test was also a ‘first’, as the Spaniard was making his debut with his new team and the New Zealander was experiencing a Formula 1 car for the first time. For Giuliano, the test represented a farewell gift, as his time with the FDA has come to an end.”

One comment on “Ilott completes Ferrari test as team covers 1,500km at Fiorano”