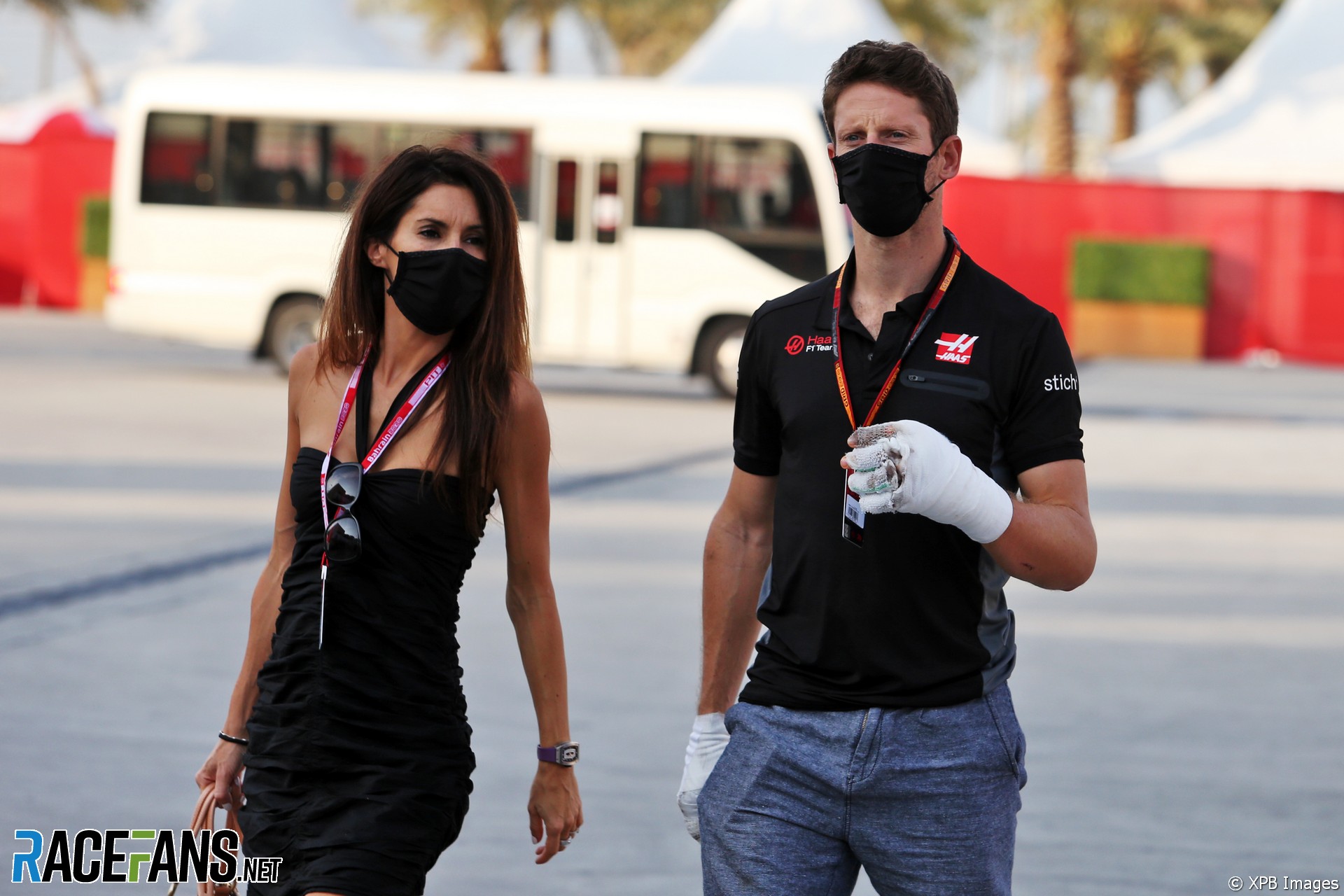 Romain Grosjean says he won’t race ovals in his debut IndyCar season out of respect for his family following his crash in Bahrain last year.

However the former Formula 1 driver, who was badly burned his shocking crash last November, hasn’t ruled out the possibility of trying one oval race before the end of the year.

Grosjean confirmed today he will race for Coyne in the 13 races on this year’s IndyCar schedule which take place on road and street courses. He will stay away from IndyCar’s high-speed ovals for now following the distressed caused to his family by his crash.

“If I was 25 and single or even with no kids, I would be racing ovals, definitely,” said Grosjean. “Now it’s also a family choice. And on 29th of November 2020, for two minutes and 45 seconds, three kids thought they had lost their dad and my wife thought she had lost her husband.

“The idea of putting them back to that situation, really, I can’t take it.”

IndyCar is scheduled to hold four races on ovals this year. The Indianapolis 500 and double-header at Texas Motor Speedway will see average lap speeds of 350-370kph. However the fourth oval race, at Gateway, takes place on a much shorter track where average lap speeds are less than 300kph.

Grosjean said he will discuss with team owner Dale Coyne whether he might race at Gateway. “The speedways, at the minute no,” he explained, “but I am not saying 100% no to Gateway. We’ve been speaking with Dale and I’ve said let’s see how the season goes and if we can do some testing on a short track, see how it goes.

Grosjean said his family understand and support his return to racing. “For the kids and my wife, they understand that I am a racer at heart and that’s what I really love doing and that one day I will I will be done with motorsport but it’s not quite yet and still have the wish to go racing,” he said in response to a question from RaceFans.

“The kids, I got them involved quite a fair bit into the helmet design and choosing the number and so on and they they were very happy.”

Grosjean’s helmet design for his IndyCar season will feature a phoenix in reference to his fiery crash. “The other day I was I was training my neck on the sofa, with a very heavy Bell helmet that I have, 7.5 kilos or so. And my oldest son, Sacha came and he says, ‘Oh daddy, you’re training your neck, I’m happy.’

“It was a small sentence for him but it meant a lot for me just because he was happy that I was training to go racing again.”