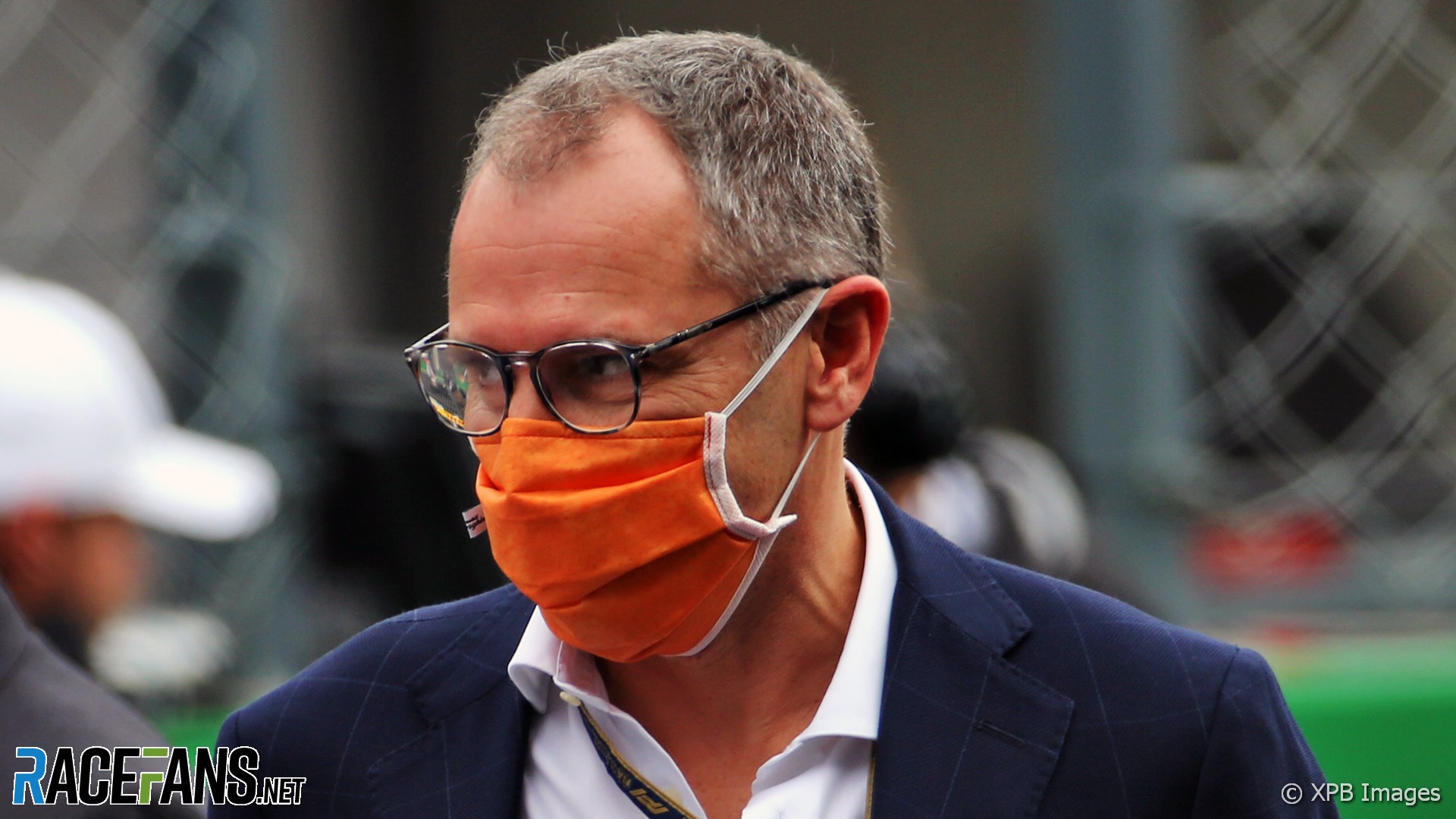 New Formula 1 CEO Stefano Domenicali has insisted the sport will not seek to have its staff and competitors prioritised for vaccinations to ensure its longest-ever calendar can go ahead.

Speaking to media including RaceFans today, Domenicali said he is “totally confident” Formula 1’s record 23-race schedule will take place this year despite the pandemic.

A global effort is underway to vaccinate populations against Covid-19, which is claiming up to 16,000 lives per day and has killed over 2.2 million people so far. Several cases of Covid-19 occurred in Formula 1 in the past 12 months, including six among drivers.

However Domenicali made it clear those who are most vulnerable to the effects of Covid-19 must take priority over participants in the championship.

“This is a very important point,” he said. “The most vulnerable is the priority one.

“On our side, we don’t want to jump the line of vaccination. For sure vaccination is very, very important and I would say that I’m looking forward to be vaccinated as, I would say, everyone should be in this moment.”

Domenicali said the championship will discuss the possibility of arranging vaccinations for those involved in F1 when it becomes possible.

“We are for sure thinking what could be the discussion related to that,” he said. “So if that could be possible we will for sure discuss internally about it with the teams.

“But we need to be prudent and see and respect, of course, what is the situation with all the vulnerable people. We don’t want to be seen as the ones that are taking away that, for sure. So [we have] a lot of respect on what the governments are saying, a lot of respect [for] what the people will do.”

The new Formula 1 CEO and chairman, who took over from Chase Carey at the beginning of the year, admitted “everyone was thinking that this year would have been easier” to arrange the calendar. “And it is not.”

Formula 1 has already postponed the Australian Grand Prix, which was due to open the season next month, to November. The Chinese Grand Prix has been removed from the schedule but may be reinstated later in the year if another event can go ahead.

F1 successfully ran 17 races in 2020 despite the emergence of the pandemic. Domenicali said that fact gives him confidence it can hold even more this year.

“The proof that we have given in terms of [professionalism], structure, protocols in place has been very important to manage the situation and the reason why we are totally confident that we can achieve the number of races that are on the calendar.

Holding 23 races means running “the maximum number that we had in the history of Formula 1 in the most difficult year”, he acknowledged. “Of course, it’s a challenge. But we are confident that with the relations that we have, this can really happen.”

Formula 1 has multiple alternatives lined up if more races have to be postponed or cancelled.

“As you can imagine we are a fluid and flexible to be ready with other possibilities,” said Domenicali. “We have already a different plan, B, C, D, A in place ‘in case of…’. Here I’m totally transparent, the things that are fixed today can be different tomorrow.”

Formula 1 is “in contact with all the organisers every day” to stay on top of the situation, said Domenicali.

“Personally I’m in line with them because all the organisers, from their perspective, they are ready to organise the grand prix either with public or with no public. They’re ready for it.

“But of course they need to respect the input from the local government on which we are very close and we respect, of course, what they decide for the country, and therefore we need to see how the things will evolve.”

He confirmed one option the series has considered is holding a second race in Bahrain, as RaceFans revealed yesterday, which would involve moving Imola’s round back by one week. This has been discussed in case the race planned for May 2nd cannot go ahead. No venue has been confirmed for that event, but Portugal’s Autodromo do Algarve was thought to be the favourite until cases surged in the area recently.

“Of course, as soon as we can, we will be able to announce something that. [It] will be in the next days, not in the next two months. We’re going to inform you.

“I’ve got personal meetings during this weekend to understand what is the status. One possible ‘Plan B’ for sure could be Bahrain double-racing. That is one plan. There is nothing confirmed. It is for sure of an option that is on the table for our discussion.”

Domenicali said he hopes to keep the 2021 F1 calendar as close to its original plan as possible.

“We are focusing to try to keep the calendar as it is. It is true, as I said, that we need to be ready to change. It would be wrong to say the other way around.

“It was good, I think, the move that we did together with our Australian friends to shift and to move the grand prix in November. We were adjusting dates around that change.

“And then, of course, you know that China is very important for all of us. But in this moment, we received from the government the fact that up to summertime, they are not willing to have any kind of international event there. So then we’re going to consider [bringing] back China on the 2021 calendar in [the] case there is a problem with another place that we need to change at the last minute.”

However he expects the rate of vaccinations will have a significant bearing on how many races ultimately take place. “For sure we really hope that the Covid situation with the vaccination in place will help to stabilise the situation in the second part of the year.”