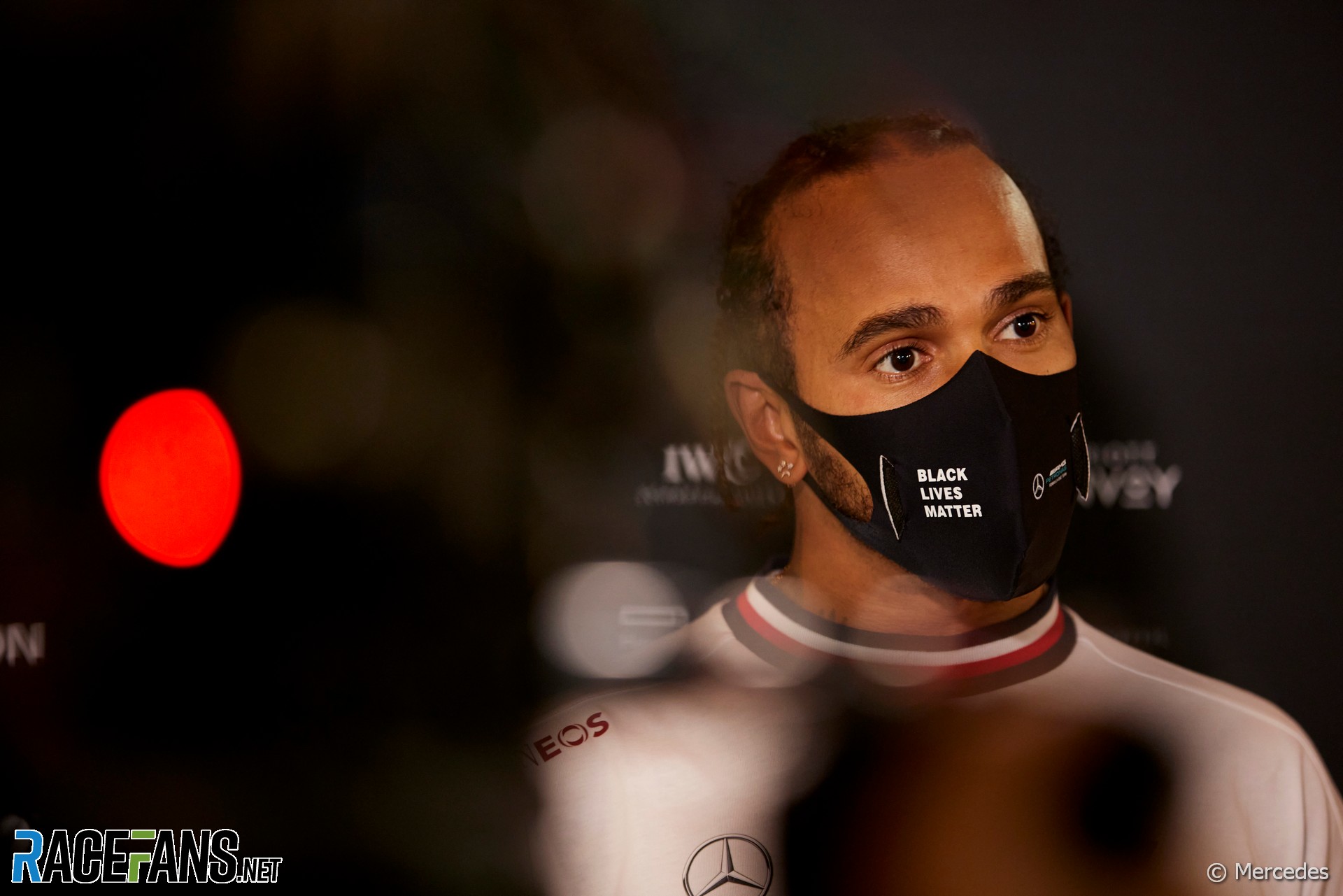 After seven consecutive seasons of almost uninterrupted domination, it’s no surprise some are longing to see someone else besides Lewis Hamilton winning in Formula 1.

So yesterday’s news he will extend his contract to drive for Mercedes by just a single season – following a string of multi-year deals – prompted some to speculate this will be the seven-times champion’s final year in F1.

There has always been an element of wishful thinking on the part of Hamilton’s detractors about this. The cynical view holds that Hamilton knows the upcoming season is likely to be a continuation of the last one, he will have a competitive Mercedes underneath him and a record-breaking eighth world championship will be a straightforward affair, following which he can retire as Formula 1’s most successful driver ever, with a (likely literal) ton of wins and pole positions to his name.

This overlooks the fact Hamilton has consistently said throughout Mercedes’ most dominant phases that he’s eager for closer competition from their rivals, whether that’s Red Bull, Ferrari or – as he remarked most recently – McLaren.

However Hamilton is clearly nearer to the end of his career than its beginning. So, as the 2020 season dragged on with no news on his contract for the following year, speculation inevitably mounted over his future.

Was the extremely late conclusion to Hamilton’s contract talks a product of him wrestling with the question of whether he wants to keep on racing? Is he more motivated by his priorities away from the track, such as his passionate pursuit of diversity and concern for his impact on the environment, than racing into a 16th season in 2022?

Does he have doubts over Mercedes’ long-term commitment to F1 given the recent changes to the structure of their all-conquering team? Is the departure of Andy Cowell, who masterminded the V6 hybrid turbo power units responsible for so much of their success, making him unsure the team can sustain its dominance much longer?

Mercedes CEO and team principal Toto Wolff addressed questions over Hamilton’s future when he spoke to media including RaceFans in a video conference after the new, one-year deal was announced yesterday. Wolff characterised the long-running talks as a consequence of last year’s uniquely disrupted championship.

A key part of Hamilton’s new deal includes a joint commitment between driver and team to promote diversity and inclusion. This is something he has publicly urged organisations to do, demanding they “hold themselves accountable”.

It’s significant both that this was one of the first points covered in their negotiations and that the impetus for the move came from no less a figure at Mercedes than Ola Kallenius, Daimler board chairman and head of Mercedes, who has known Hamilton since he was a teenage karting prodigy.

“The idea of the foundation – credit to where credit is due – came from Ola Kallenius when we discussed between Lewis, Ola and myself at the very beginning,” Wolff explained. “Lewis was enthusiastic about the idea. We are going to run it jointly.”

Mercedes responded quickly to Hamilton’s call for a public demonstration of its commitment to diversity last year which went far beyond just painting their cars black. It leaves no room for doubt the team shares Hamilton’s priorities and is taking real steps.

According to Wolff, the new commitment shows the parties are already thinking beyond this year. “We felt that making a real financial contribution to our diversity and equality project was an important statement,” he said.

“It felt the right thing to do and it shows our long-term commitment to each other because it is a multi-million investment into the foundation in which we are going to run jointly.

That leaves an obvious question: If Hamilton intends to remain at Mercedes for the longer-term, why has he only signed a one-year deal?

According to Wolff, this was not because Hamilton, seeking to maximise his earnings from potentially his final F1 contract, was asking for more money than Mercedes was willing to pay. “We respect that a sportsperson has a shelf life and that you do need to optimise the outcome whilst being active,” said Wolff. “But on the other side, Lewis has a global perspective of what is going on out there and he always recognised that.”

The delay in signing was because, having left their contract negotiations until late in 2020, they faced the unexpected disruptions of Hamilton contracting Covid-19 after the Bahrain Grand Prix. Wolff also caught the virus in January.

“Him having Corona, both of us being away over the holiday period, me having Corona – in a way made it very difficult to sit down and have to plan our ‘kitchen talk’,” said Wolff.

They therefore prioritised agreeing a deal for this year, and intend to turn their attention to 2022 and beyond sooner rather than later. “What was important was to get going 2021, to decide on the contribution to the charity and how we were trying to run it and then to not wait as long as we did this year to discuss 2022 and onwards.”

Extending his deal for a single season is a luxury Hamilton can afford as Mercedes is unlikely to make a swoop for one of his top rivals to replace him. Charles Leclerc and Max Verstappen are locked into their current teams until 2024 and 2023 respectively.

Mercedes has George Russell waiting in the wings, and can have confidence in his ability to step up following his outstanding performance in the Sakhir Grand Prix, but Wolff made it clear the starting point when deciding its future driver line-up will be its current pairing.

“The team needs to decide long-term what we are going to do about drivers,” he said. “Valtteri and Lewis have our 100% commitment and loyalty for 2021. We will support them with everything we have.

“We will then look beyond this year and say what is the line-up that we imagine in 2022 and onwards? And our first discussions are going to with Valtteri and Lewis, respecting our values of loyalty and integrity. But on the other side, the young drivers are the future and therefore we need to consider how we how we want to set ourselves up for the years beyond.”

None of this definitively excludes the possibility of Hamilton deciding, for whatever reason, to hang up his helmet at the end of the year. But the mere fact he and Mercedes took a long time to sort out their deal for 2021 doesn’t necessarily point to it being their last year together.