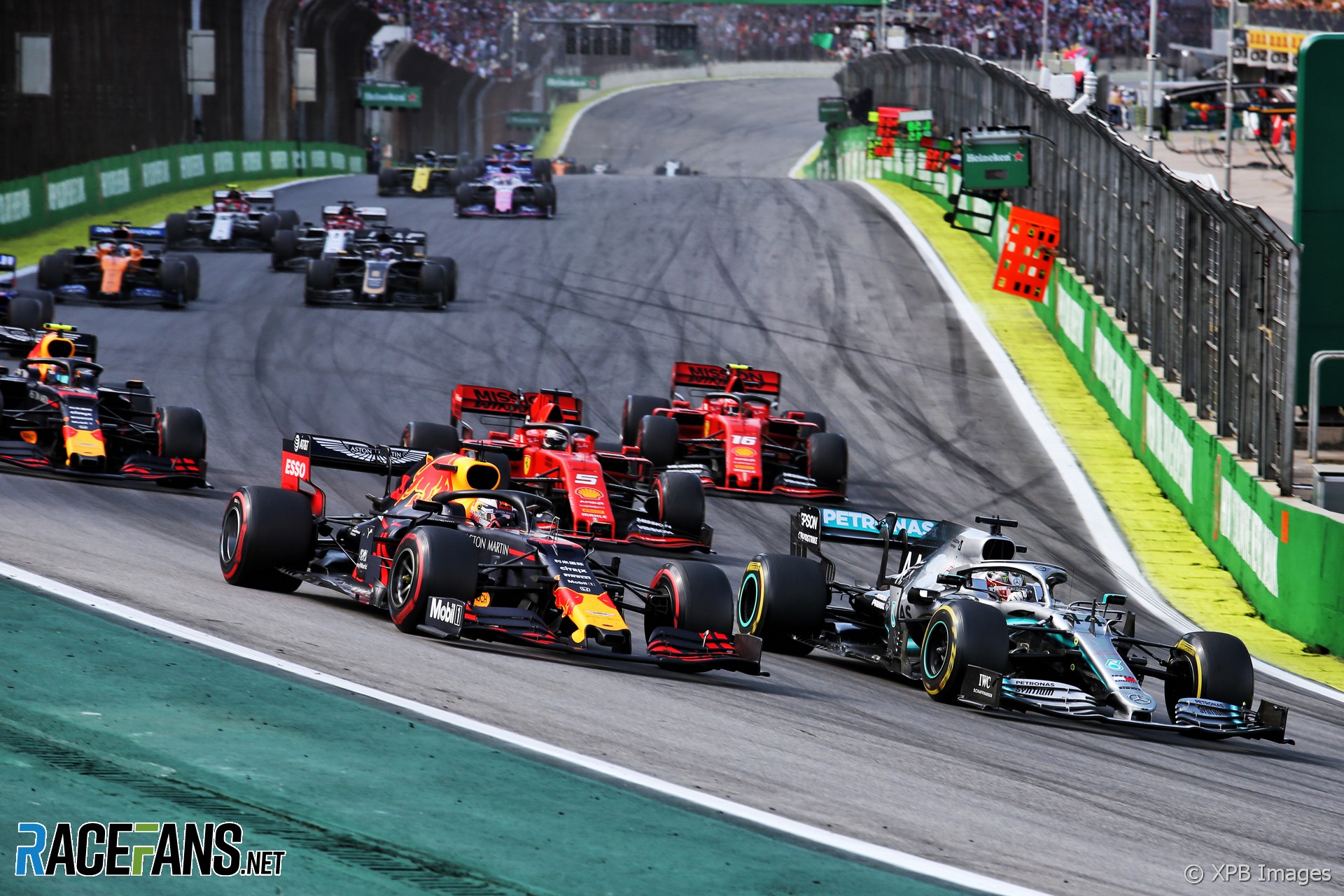 Since the Formula 1 world championship began over 70 years ago, two aspects of its race weekends have remained fundamental.

The grid is set by a contest to see which driver can set the fastest individual lap time. This establishes the starting order for a single race: The grand prix.

Departures from this formula have occurred only rarely. F1 experimented with aggregate qualifying times of multiple laps in early 2005, but binned the scheme after six rounds.

There was a single occasion where a multi-race format was used for a championship round. The 1959 German Grand Prix was uniquely run over two 30-lap heats due to concerns over tyre failures on the steeply banked corners of the AVUS circuit.

So if F1’s latest sprint race plan revealed today by RaceFans does go ahead, it won’t be the first time we’ve had two races in one weekend. But compared to the 1,034 other grands prix which featured a single race , it would be a revolutionary change to the structure of a Formula 1 weekend.

There are economic reasons for the sprint race plan, as covered here. But what’s the sporting case for the change? How might sprint races improve the competition?

The fact these events are being pitched as ‘sprint’ races says something about the nature of modern F1. Grand prix racing is supposed to be a sprint format, as distinct from endurance races which run up to 24 hours.

Why the sudden need for even shorter races? Grands prix have arguably become more akin to endurance races in recent years: With multi-race engines and gearboxes, plus high-degradation tyres, it’s become commonplace to see drivers backing off to preserve their hardware.

Many details of the sprint races are yet to be confirmed. The exact plan will be thrashed out in an F1 Commission meeting on Thursday before a vote is taken on whether to trial them at three rounds of this year’s championship. If sprint races are to live up to their billing and provide flat-out action from start to finish, a format must be devised which gives drivers and teams an incentive to attack throughout.

It’s surely no coincidence that Formula 1’s three-race Virtual Grand Prix series, which concludes this weekend, features a sprint race as part of its structure. Nonetheless F1 is likely to arrive at a sprint race format somewhat different from this one, where the starting grid is decided by a five-lap race involving the Formula 1 teams’ Esports drivers.

Don’t expect to see anyone other than the regular race drivers at the wheel of their cars in the real world. Nor are F1’s sprint races likely to be as short as five laps, as it would short-change broadcasters who originally expected one-hour qualifying sessions to take place at this time (even though those sessions will move to Fridays).

How long the races are will influence whether drivers and teams have free choice of tyres, or are restricted to certain compounds. Giving them free choice could pose teams the question of whether to start on the softest tyres for an immediate grip advantage, at the risk of suffering degradation towards the end of the race.

But the spirit of a ‘sprint’ race would surely be that drivers are expecting to push flat-out from start to finish, in which case the rule makers may specify they cannot fit softs. That may well be their preference, while the existing ‘Q3 tyre rule’ remains in place for the grand prix.

Should points be awarded for sprint races? If there’s nothing on the table on Saturday besides starting position, drivers may be more motivated to protect their existing positions than attack. But it’s clear that offering two points-scoring rounds per weekend would be a huge break with convention.

F1’s latest sprint race proposal is a watered-down version of its earlier concept which involved using reverse championship standings to set the grid for the Saturday race. While that gimmick has thankfully been discarded, what remains is a plan which looks unlikely to add much extra drama to race weekends.

Having two standing starts instead of one (restarts notwithstanding) will of course add a potential for changes of position. Otherwise drivers will face exactly the same problems racing each other in sprint events as they do in grands prix: Chiefly, the difficult of following other cars closely due to aerodynamic turbulence, which the new regulations coming for 2022 are intended to correct.

It’s therefore doubtful sprint races will introduced much more variety into the starting grids for grands prix, barring a couple of obvious exceptions. Any driver unlucky enough to suffer a car problem in a sprint race, or go out in a collision, will pay the price with a poorer starting position on Sunday.

It isn’t clear exactly what F1 hopes to achieve or improve by making this break with decades of its history, other than making more money. Perhaps more imaginative ideas will surface when the proposal is debated by the F1 Commission on Thursday. But to do that would risk it falling victim to the same backlash which prevented the reverse grid scheme ever seeing the light of day.

48 comments on “How can Formula 1 make Saturday sprint races a success?”