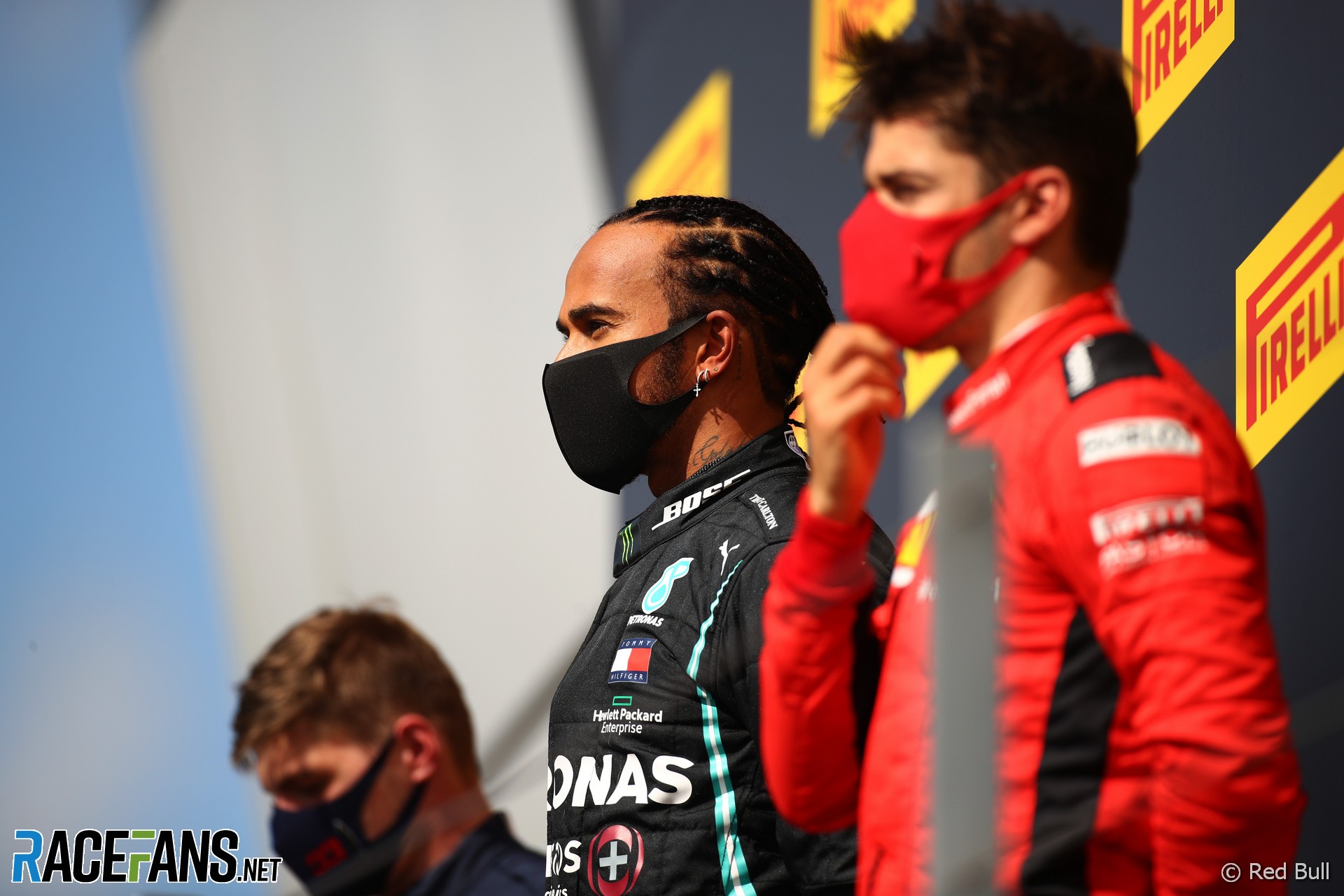 In the round-up: Mercedes CEO Toto Wolff says the team will begin talks over Lewis Hamilton’s contract earlier than it did last year, having taken until February to announce his latest deal.

Wolf was asked when Mercedes will begin work on Hamilton’s new deal for the 2022 F1 season:

Definitely earlier than the 2021 deal. It’s always tricky to find some times whilst racing, but we have learned the lesson that there could be external factors that can delay discussions and we don’t want to end up in January again. So probably we are going to pick up chatting about 2022 much earlier.

We agreed jointly that we didn’t want to drag it on us as much or as long as we did this time around and we’re trying to find some facts together during the season.

"Guenther is a good friend, as are many people in the Haas F1 team, but any talk about racing, like a one-off race, I don’t have much interest in that."

"Last year an extended timetable was tried on several occasions to ensure drivers could contest a full season during the advances of the Covid-19 pandemic, and the favorable feedback from competitors on having three races per weekend rather than two has prompted the series to make the third race a permanent addition for 2021."

Up to the test (McLaren)

"We did it with four minutes to spare and, crucially, this meant the team could disembark safe in the knowledge that they were all negative for coronavirus and were good to go racing."

"The Red Bull Racing Erena will help improve the skills of the Esports Teams’ current crop of drivers, and it will also be used as an academy hub to ensure Red Bull Racing Esports continues to give wings to young sim racers."

When Kimi went to NASCAR (Racer)

"The plan was actually to do a lot more, like do Sprint Cup races and other races, and everything was planned, but then unfortunately – not with the team but the people that basically were dealing with the normal issues with the cash – it was just promises and promises, and nothing seemed to happen."

"I think that we all had a hard time before the start of the season, and we all had doubts over whether it would be possible to do the whole season."

"ADD Management driver Cohen spent the 2020 season participating the Euroformula Open Championship where he impressed: finishing seventh overall in the standings and taking two podiums along the way at the historic and notoriously challenging Spa-Francorchamps."

"Myles Rowe was named as Force Indy’s inaugural driver in the USF2000 Championship during the 2021 season, starting April 15-18 at Barber Motorsports Park in Birmingham, Alabama."

With three Saturday sprint events potentially joining the schedule this year, we could have 26 Formula 1 races in 2021. Is that ‘too much of a good thing’?:

I am aware that the plural of ‘personal anecdote’ is not ‘data’, but, for what it is worth, for me this could be yet another step towards too much of a good thing.

When F1 moved beyond 15-16 race seasons, I started skipping some races – there is a limit to how many afternoons I will spend in front of the TV. Once I started skipping races, my interest in the next races started to decline as well. The number of races that I watch has dropped below that original baseline number.

Psychologically, it stopped being a continuing flowing ‘story’ over the season.

If the number of actual races to watch, to keep up with the story, again increases to two races per weekend (plus qualifying), I think, for me, I will miss more chapters of the ‘story’, the flow will be even more broken up, and less compelling to follow.

But, I am aware that F1 does not exist to target me specifically, so if that is what Liberty wants to do, they are of course welcome to it.
Bob C