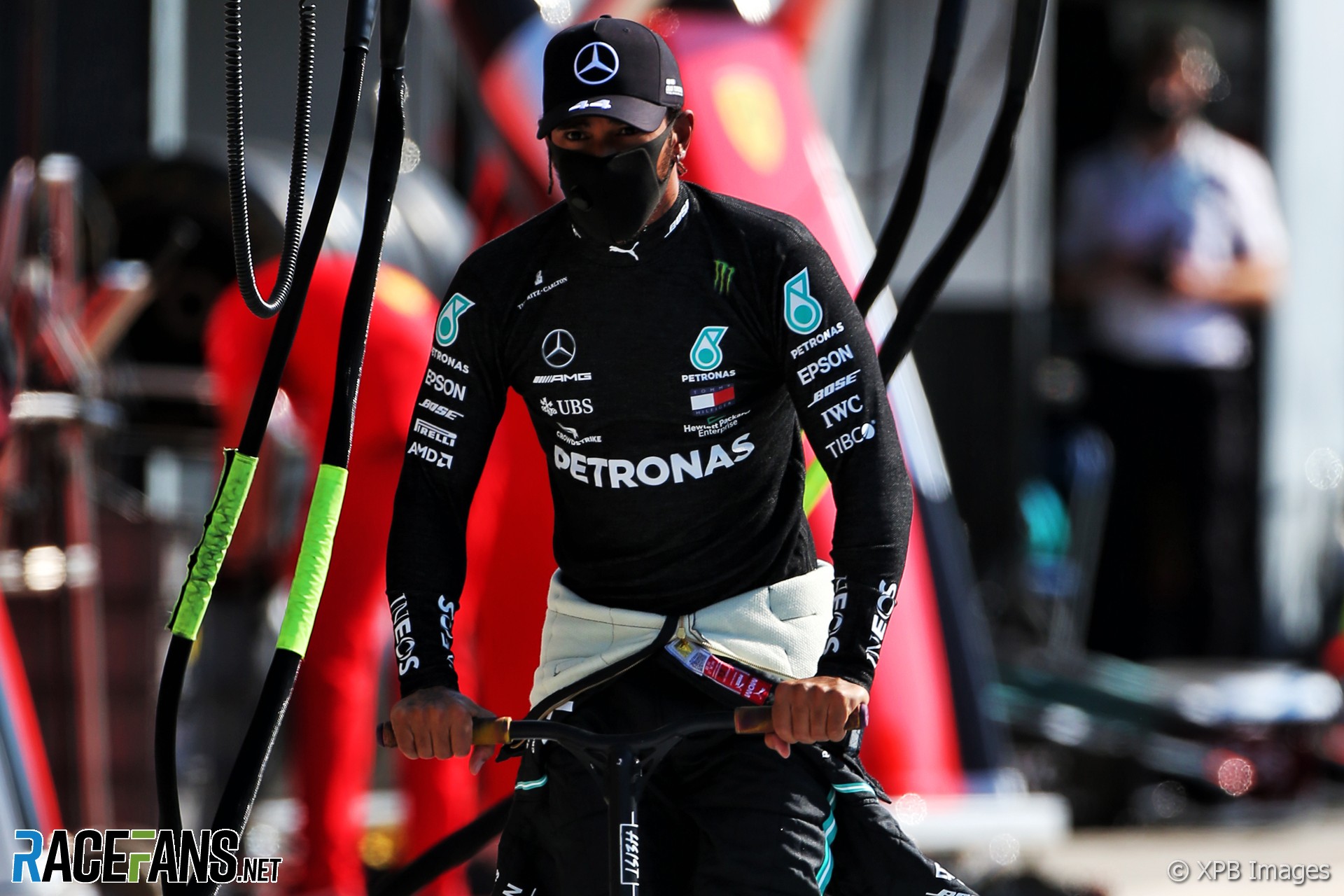 A steward involved in the decision to issue Lewis Hamilton a penalty which cost him victory in last year’s Italian Grand Prix has described how the world champion visited them in person during the race to query the call.

A mid-race stoppage due to a crash gave Hamilton the opportunity to ask Garry Connelly and his fellow stewards why he had been given a 10-second stop-and-go penalty – one of the toughest sanctions an F1 driver can receive. It was issued after Hamilton failed to observe signs indicating the pit lane entrance was closed during a Safety Car period, and came in to change tyres.

“Lewis Hamilton drove into the pit lane when the pit entry was closed,” Connelly explained during a session at the FIA International Stewards Programme last weekend. “The warning light panels – two of them on the entrance to the pit lane – clearly displayed the cross to show the pit lane was closed, then we referenced the appropriate regulation.”

F1’s rules specify a 10-second stop-and-go penalty must be issued to any driver who enters a closed pit lane. Connelly said the stewards therefore “had no choice” over Hamilton’s penalty.

The decision had major consequences for the race. “This required a stop-and-go penalty for Lewis Hamilton. The world champion – potentially – was leading the race at the time [and] went, basically, to the back of the field. That was a very interesting situation.”

The race was later suspended after Charles Leclerc crashed heavily at Parabolica. To Connelly’s surprise, Hamilton appeared in the stewards room shortly afterwards.

“Lewis hopped on his scooter during the stoppage of the race, scooted down the pit lane, and came up and paid us a visit in the stewards room. Wearing his mask, which was great – we all put our masks on when he came into our stewards’ room.

“Lewis was extremely polite. He just said, ‘Guys, can you tell me why I’ve been penalised?’ And we said, ‘Yes, because you entered the pit lane when it was closed.’ He said, ‘Can you show me?’

“So we said, ‘Of course’. And we showed him the video replay. We showed him from his onboard camera. And there right in front of him was the warning light for the first panel, and then again, the second panel.

“He said, ‘Oh, okay. I accept that,’ he said, ‘but why such a harsh penalty?’ “We explained to him, ‘Unfortunately Lewis, it’s a mandatory penalty. And we don’t have any choice but to impose this penalty on you.’

“And whilst he was not absolutely delighted with this, Lewis accepted it, and was extremely polite, as I’ve always found him, and left the room and went back.”

Connelly used the experience as an example of how stewards can effectively communicate potentially controversial decisions.

“So it just goes to show that if you can explain something, you can make a difficult decision acceptable to those to whom it applies, and to the wider audience.”

69 comments on ““Why such a harsh penalty?”: Hamilton’s mid-race conversation with Monza stewards revealed”