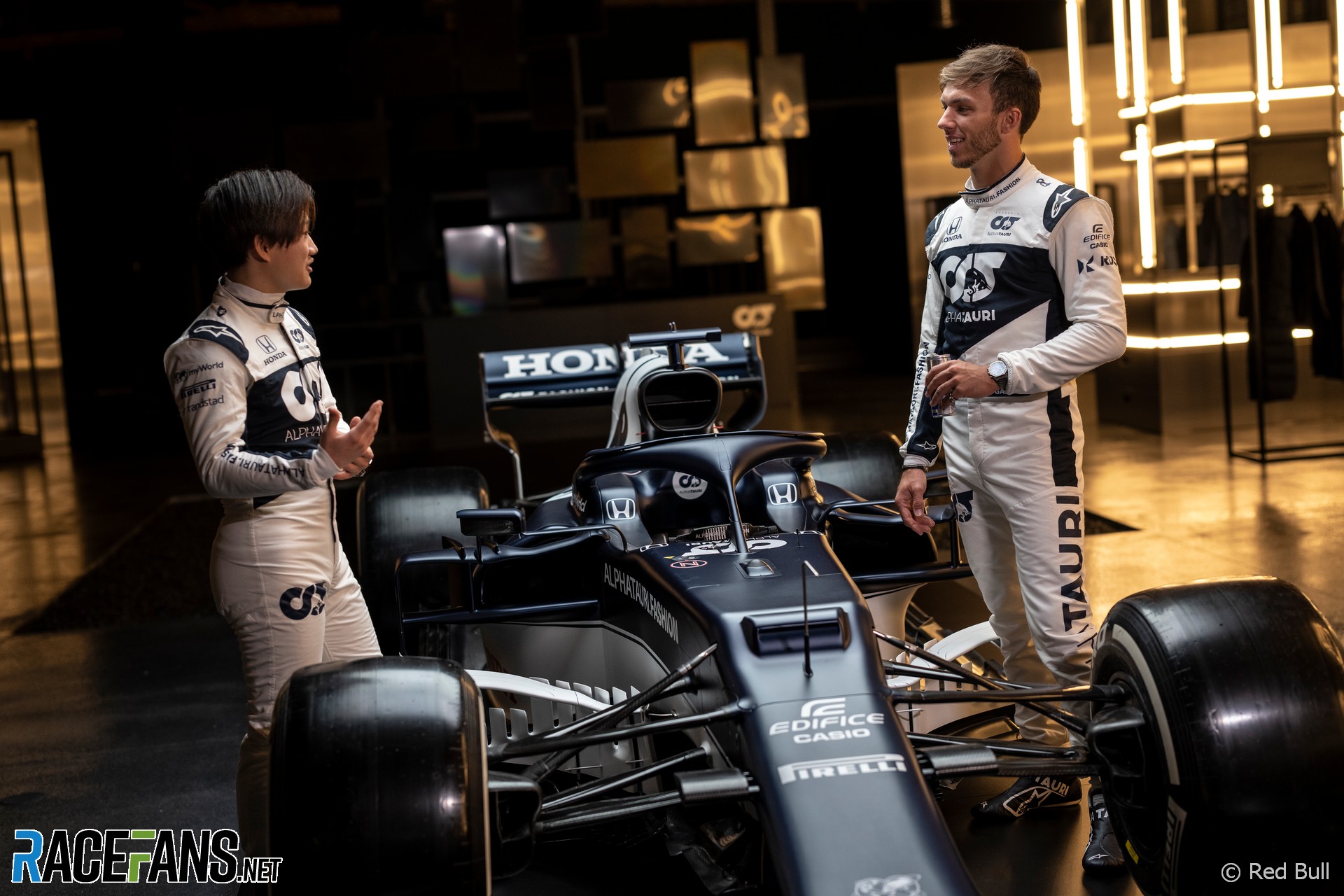 Gasly competed in Japan’s Super Formula series in 2017 before being promoted to F1 with Toro Rosso. He went into the final double-header round with a chance to win the championship, but the event was cancelled due to a typhoon.

He made a strong impression on his future team mate Tsunoda at the time.

“Pierre is really fast and already has a win under his belt in F1,” said Tsunoda. “The first target for every driver is to beat your team mate but he will be a hard one to beat.

“I remember seeing him in Japan when he was racing in Super Formula and I was in Formula 4. He nearly got the title in his first year in Japan which is really difficult, especially for a European driver. He’s an incredible talent and I’m excited to learn everything I can from him this season, as I’ve already seen how integrated he is within the team.”

Tsunoda is keen to race at home in Japan again having competed in European-based series for the past two years.

“I’m really excited to get started and am particularly looking forward to racing in Suzuka, in front of the Japanese fans,” he said. “The last time I raced in Suzuka was in Formula 4 – so it will be a big difference – but I’m really excited to now get the opportunity to represent my country in F1.

“I am also looking forward to visiting many new countries and racing on different tracks. If I had to pick one of the circuits I’m most looking forward to, apart from Japan, it would be Monaco – there is so much history there and it’s a very challenging circuit. The biggest thing for me though, will be lining up on the grid with so many superstars of the sport – it’s an absolute honour to be competing against some of the greatest drivers in the world.”

Tsunoda will be the 21st drive from Japan to participate in a round of the world championship. No Japanese driver has ever finished higher than third in an F1 race.

“I just want to beat the other drivers and I also want to be the first Japanese driver to win a race in Formula 1,” said Tsunoda.

4 comments on “Tsunoda eager to learn from “incredible talent” Gasly”