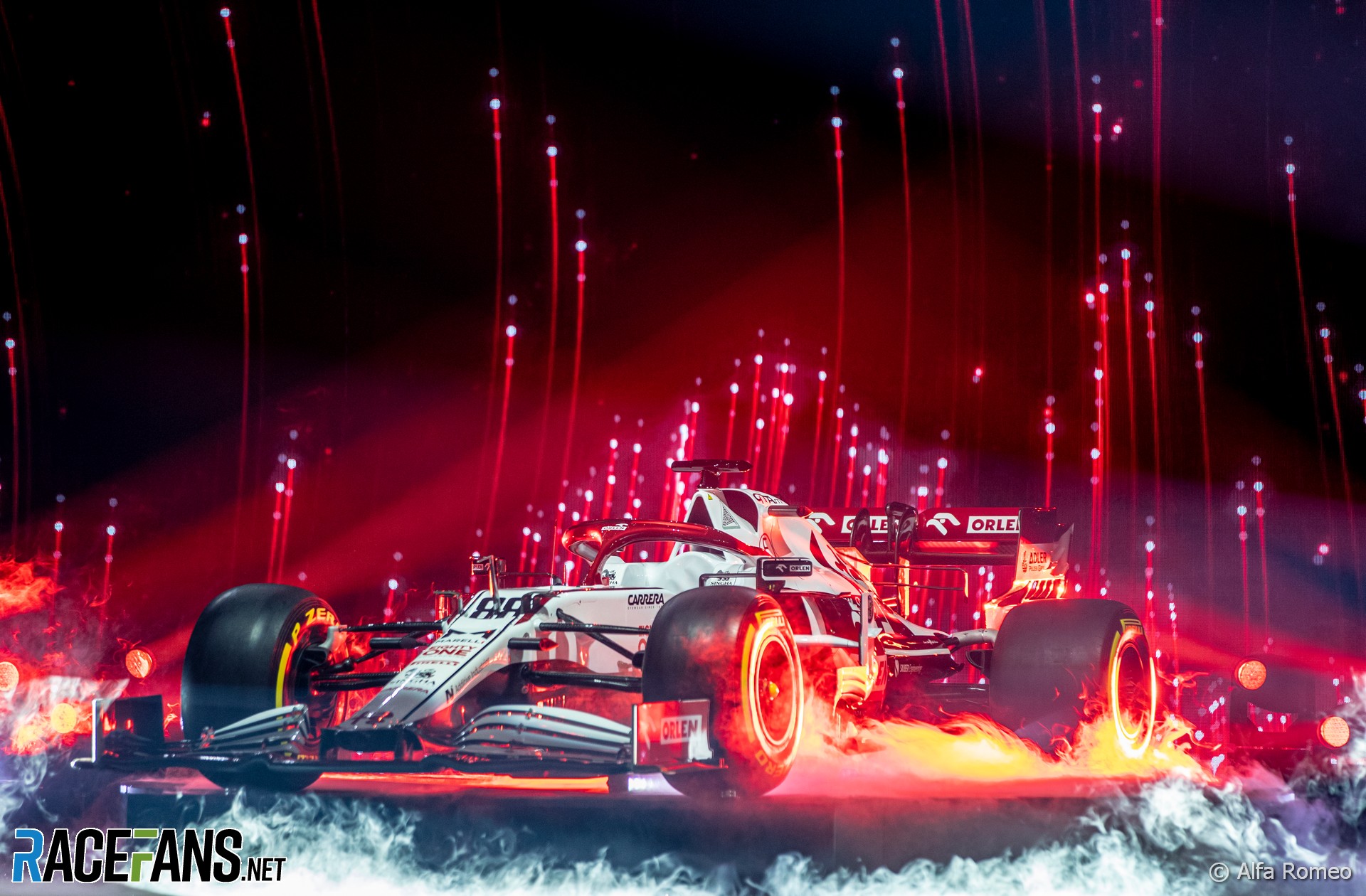 Alfa Romeo has presented the new C41 chassis which it will campaign in the 2021 F1 season.

The Sauber-run outfit, which has competed as Alfa Romeo since 2019, held a launch event in Warsaw. The Polish capital is home to the team’s title sponsor, petrochemicals firm Orlen.

The team finished eighth in the constructors championship for the third year in a row last season. However its points total slumped from 57 to just eight as the team endured a difficult season with an uncompetitive Ferrari power unit. The Scuderia has produced a revised motor for 2021 which both its customer teams will also use.

Improvements are needed from the team in every area, according to principal Frederic Vasseur. “The philosophy upon which the team is based remains the same,” he said, “we have to do a better job tomorrow than we are doing today.

“We finished last season in eighth, so we have to target a better result in 2021. To do so, we have to keep improving in each department, trackside and back at headquarters.”

Along with Mercedes, Alfa Romeo is one of only two teams in the field with an unchanged driver line-up. Kimi Raikkonen and Antonio Giovinazzi remain in their cars for the third year in a row.

The team has made a departure with the naming convention for its new car. While its predecessor was called the C39, the new car has been named the C41 in order to align with the year 2021.

Its chassis designation is derived from the initial letter of team founder Peter Sauber’s wife, Christine. The team does not currently plan to use the designation C40, as was also the case with the unused name C10.

18 comments on “First pictures: Alfa Romeo presents its C41 for the 2021 season”