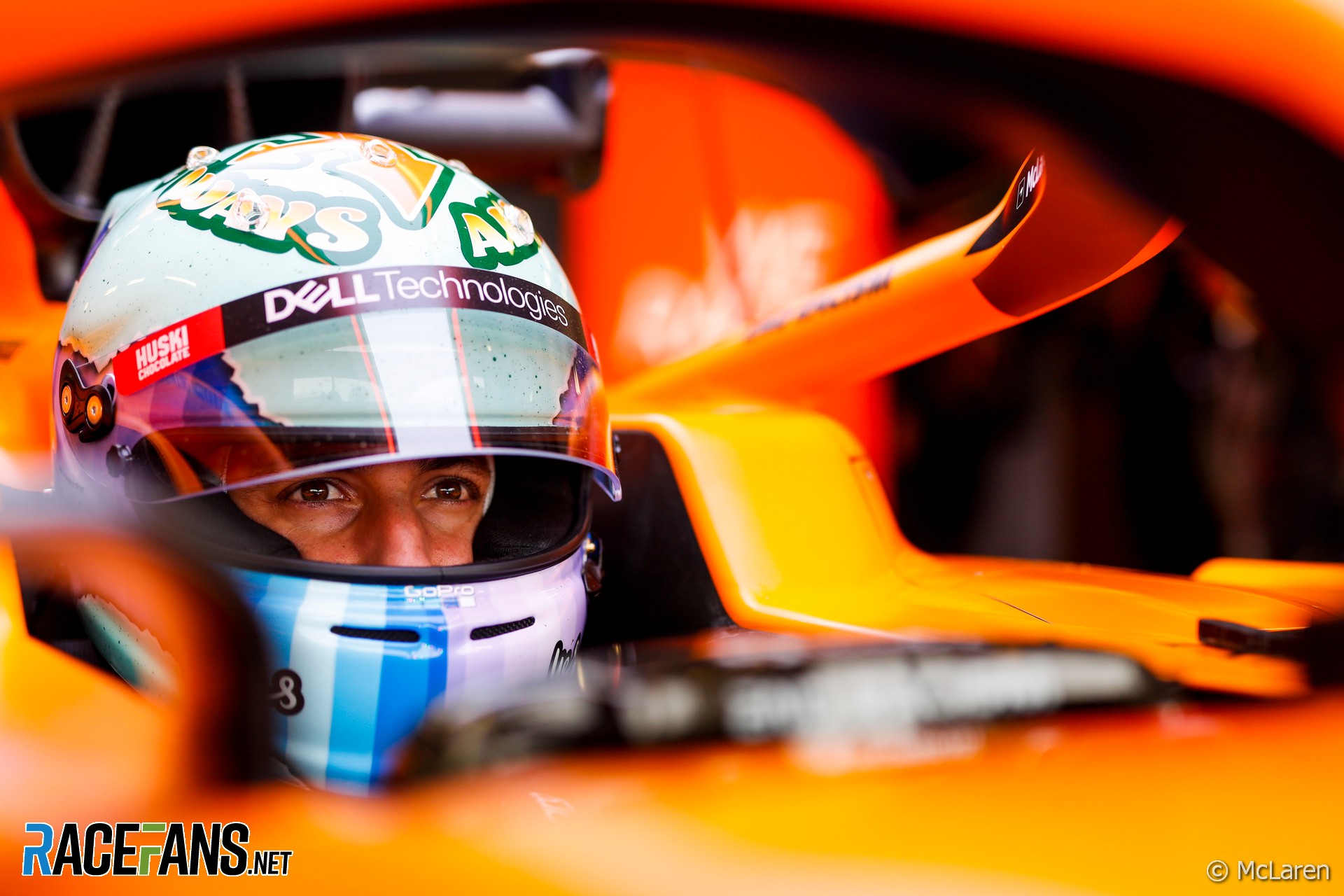 In the round-up: Daniel Ricciardo says he’s only just able to fit in the cockpit of his McLaren MCL35M.

Ricciardo said the width of his hips makes his new McLaren a tight fit:

I do have wide hips. I’m pretty thick-boned, I guess. But I got in.

It was the first mock-up of a seat. The dimensions they had kind of assumed what would be okay for me wasn’t quite okay. But fortunately it was just the seat, it wasn’t the actual keel itself which was too narrow. Since then I have been able to get in a seat and I do fit. But I feel like I’m certainly at the limit.

I think the way they design the cars and the chassis now everything’s trying to be as tight and compact as possible. So really my hips are sometimes the limiting factor. So I just tell them to make sure I’m comfortable and if you think that loses you a tenth of aerodynamics, then I’ll just drive faster on-track.

#NASCAR has opened its 2021 season with two first-time winners in the first two races.

Half the 2021 #F1 grid has already won a race, so what's the most realistic way it could do the same?

"It’s going to be interesting as they’ve resurfaced the track and it will be our first ever night races. Diriyah always knows how to throw a curveball so that, combined with the fact that we always get good racing, sets us in good stead for a thriller of a season-opener."

What does the world of TV broadcast rights look like post-coronavirus pandemic? (The Telegraph - registration required)

"Liberty Media was forced to inject almost £1bn into F1 in April, and, in recent months, has been making 'incremental' efforts to appeal to a younger audience online. In Britain, TV rights are cushioned by the remainder of a three-year Sky deal worth £600million, but Chase Carey, F1’s outgoing chief executive, recently confirmed to the Financial Times that he was in 'active' talks with Amazon."

"In 1973, Beuttler achieved his best-ever finish, seventh in the Spanish Grand Prix. Overall, he scored five top-10 finishes in his career. But then the UK was plunged into financial turmoil by the 1973 oil crisis, and his team did not have the money to stay in the sport."

Mercedes have put one over their rivals off the track by arranging a test for Romain Grosjean, says Gavin:

I always was a bit perplexed why Ferrari didn’t offer him a run in a few different cars at Fiorano. It would be a very easy PR win for the Scuderia as Grosjean is a popular fellow and was for a few years in the mix for a drive with the prancing horse.

It also would be worth throwing him in the simulator a few times over the next few years as he is rated so highly for speed (less so consistency). I think people underestimated how fast he was/is in a F1 car but just lacked a bit of consistency and racing awareness versus the greatest.

But hey Mercedes know how the game is played – so come on down Roman and have some fun. Take note rest of the grid!
Gavin Campbell