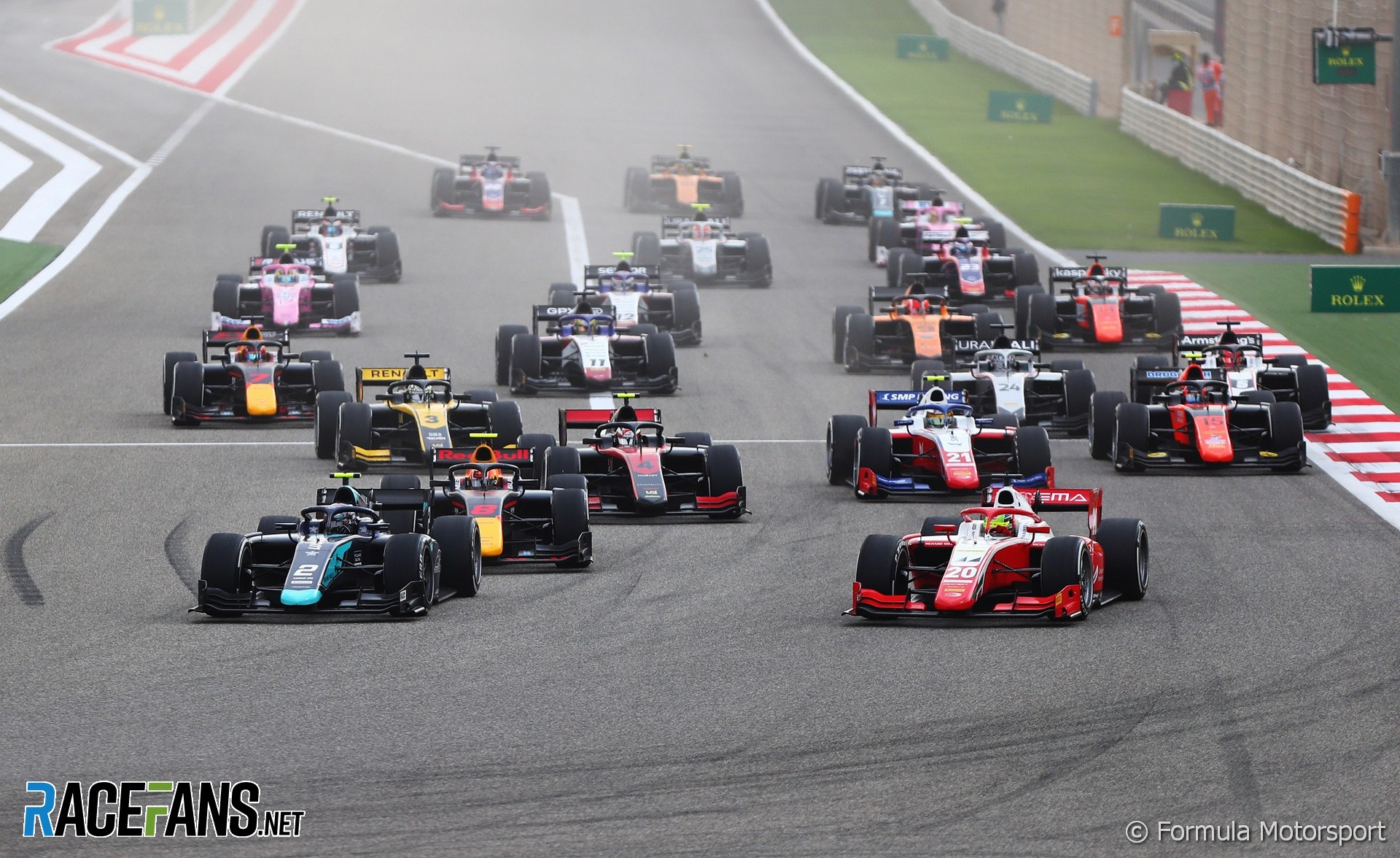 In the round-up: The grid for the 2021 Formula 2 season is almost complete as the Charouz team has announced who its two drivers will be.

Guilherme Samaia, who ended his first season of Formula 2 with Campos last year point-less, will return with Charouz when the championship begins in Bahrain next month. His team mate will be David Beckmann, who finished sixth in Formula 3 last year for Trident.

The Italian team is yet to confirm either of its drivers for the upcoming F2 season. The only other vacant seat on the grid is alongside Beckmann’s 2020 team mate Lirim Zendeli at MP.

RLL has presented a new livery Takuma Sato will use at five races this year.

Sato and team mate Graham Rahal will test at Barber Motorsport Park today, but all eyes will be on Romain Grosjean as he makes his return to driving for the first time since his horrifying crash in the Bahrain Grand Prix at the end of November. He will drive Dale Coyne’s number 51 car alongside team mate Ed Jones.

Also present at the test will be Sebastien Bourdais and Dalton Kellett for Foyt, Conor Daly and Rinus VeeKay for Carpenter, and Penske quartet Scott McLaughlin, Josef Newgarden, Simon Pagenaud and Will Power.

The 852kg car seats two – the driver in the middle, the passenger to their left – and is powered by a 725bhp naturally aspirated V12 engine. A central fan at the rear of the car generates downforce, as on Murray’s famed 1978 Brabham Formula 1 car which Lauda took to victory in its sole F1 race at Anderstorp that year.

“The T.50s is named in honour of Niki to commemorate his famous win with the Brabham BT46B fan car in the 1978 Swedish Grand Prix,” said Murray. “Niki was a great racing driver and he was also a good friend and it is absolutely fitting that we are launching the T.50s Niki Lauda on his birthday. Niki would have appreciated the innovation and engineering detail in our car.”

“We are proud that Gordon Murray Automotive has named its new car after Niki,” said Lauda’s family in a statement. “He would have been extremely honoured to have been associated with a car designed and engineered by Gordon, with whom he had such a long association and friendship.”

Our #Fit4F1 18-inch testing campaign is underway with @Charles_Leclerc and @ScuderiaFerrari. 110 laps completed at @circuitodejerez
in Spain today with prototype intermediate tyres for 2022. And we’re back for more tomorrow. pic.twitter.com/uQ9Of23DwO

Sound on!@OconEsteban is in full preparation mode as he drives the R.S.18 (in our winter livery) at Circuit Paul Ricard today.

34 days until lights out in Bahrain! pic.twitter.com/iIKjIgOxvp

"Billionaire Lawrence Stroll is solidifying his control of Aston Martin Lagonda Global Holdings as Kuwaiti investors who used to be among the UK carmaker’s largest shareholder shrink their stake."

"(Sir Jim Ratcliffe) doesn’t want to be one name on a Formula 1 set of overalls, roster of sponsors. He wants it to be Ineos and only Ineos. And nobody else in sight. So when he took over the America’s Cup sponsorship, Ben Ainslie had to ditch all of his existing marketing and sponsorship commitments."

The only thing that I didn’t like in the Alfa Romeo liveries in the past couple of years was the Orlen logo on the side of the sidepods. It cluttered the space for me, the new livery fixes that issue without losing anything that made the previous livery good.

The green four-leaf clover is an excellent touch, I’m a very big fan of it.
Erzen (@xenn1)