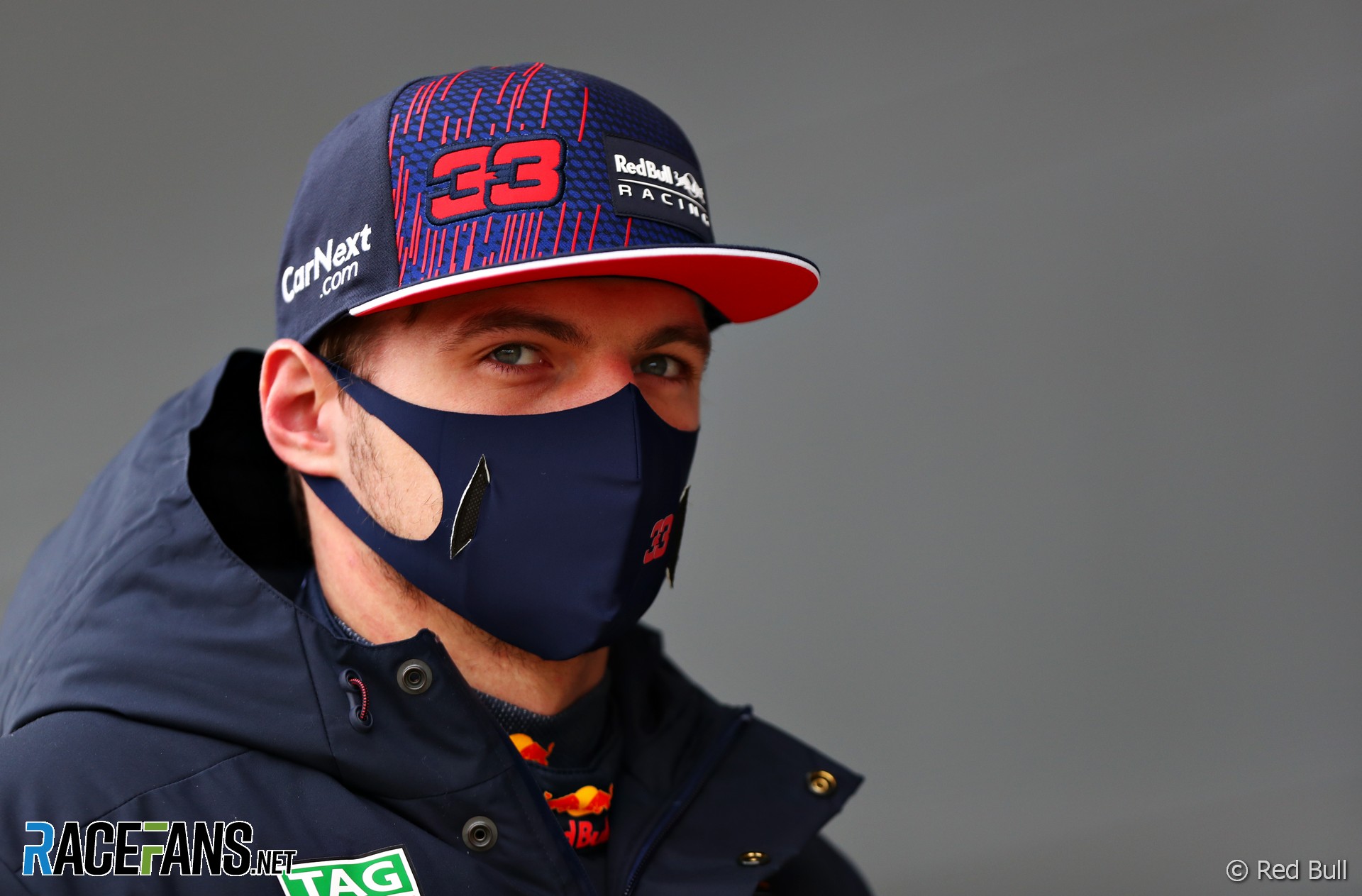 Max Verstappen was encouraged by his brief first run in Red Bull’s new RB16B but said next month’s testing will provide a better indication of the improvements the team has made.

Red Bull ran their new car, which is closely based on last year’s RB16, for the first time yesterday at Silverstone. As it was a filming day, Verstappen and new team mate Sergio Perez were limited to a maximum distance of 100 kilometres and had to used demonstration tyre compounds.

“We drive on demo tyres so it will never feel how it’s going to feel on real tyres,” Verstappen told media including RaceFans today. “I never really base a lot of my findings on this small run. You just get the car out and run a few laps.

“It all felt a bit normal to me. I think we just have to wait and see what’s happening in Bahrain once we have proper tyres under the car.”

As a cost-saving measure, teams are only allowed to make a limited number of changes to the cars they used last year. Nonetheless Red Bull has been coy about its new machine, releasing only two renderings of its latest design and no photographs of the car’s debut run.

“It’s a bit of a carry-over from last year for all teams,” said Verstappen. “I don’t think it’s going to be a completely different car anyway.

“As long as it’s fast that’s the most important, even if it would look pink, purple or any other colour or shape that doesn’t matter. Even if it has the weirdest shape on the car possible, and it’s fast, I’m happy with that.”

Among the few areas teams have had to change on their cars is the rear floor, the dimensions of which have been reduced to cut the amount of downforce the cars can generate. Verstappen said this had a significant impact on the car.

“The floor is still a big change,” he said. “To try to recover all that downforce loss is going to be important and is going be to be interesting to see who did that the best.

“At the moment I don’t know, of course, where we are. But there’s still a few things we have to be on top of. Mercedes was still the dominant car towards the end of the season so we know we have to keep improving.”

Red Bull began last year around a second per lap slower than Mercedes, but narrowed the gap to the world champions over the course of the season as the RB16 matured into a quicker and more stable machine. Verstappen said he is more concerned with improving the car’s outright performance than making it more forgiving to drive.

“I just wanted more grip. It didn’t mean that it was very tricky to drive because you adapt to the situation you’re in.

“At the end of the season, Mercedes, of course, stopped developing that car from whenever – June, July – because you couldn’t really see a lot of updates. We just kept learning. We know we had a few issues with that car and we wanted to improve it.

“Also knowing that the regulations wouldn’t change that much – of course the floor changed a bit, but in general the cars stayed pretty much the same – for us it was important to just get on top of that.

“Let’s see this year if we improved it even more and even better and hopefully it’s more competitive compared to Mercedes.”

“People always talked about the rear end being so twitchy,” he added. “I think it’s just general grip that we were still lacking a bit.

“But then also we were a bit down on power. We know that, that is no secret, you can see it. So we worked a lot with Honda of course, also throughout the winter.

“It’s all looking promising but it doesn’t make sense now to hype everything up. First it’s more important to get to the track in Bahrain and try to do the best amount of learning we can on the car and the engine to optimise everything.”