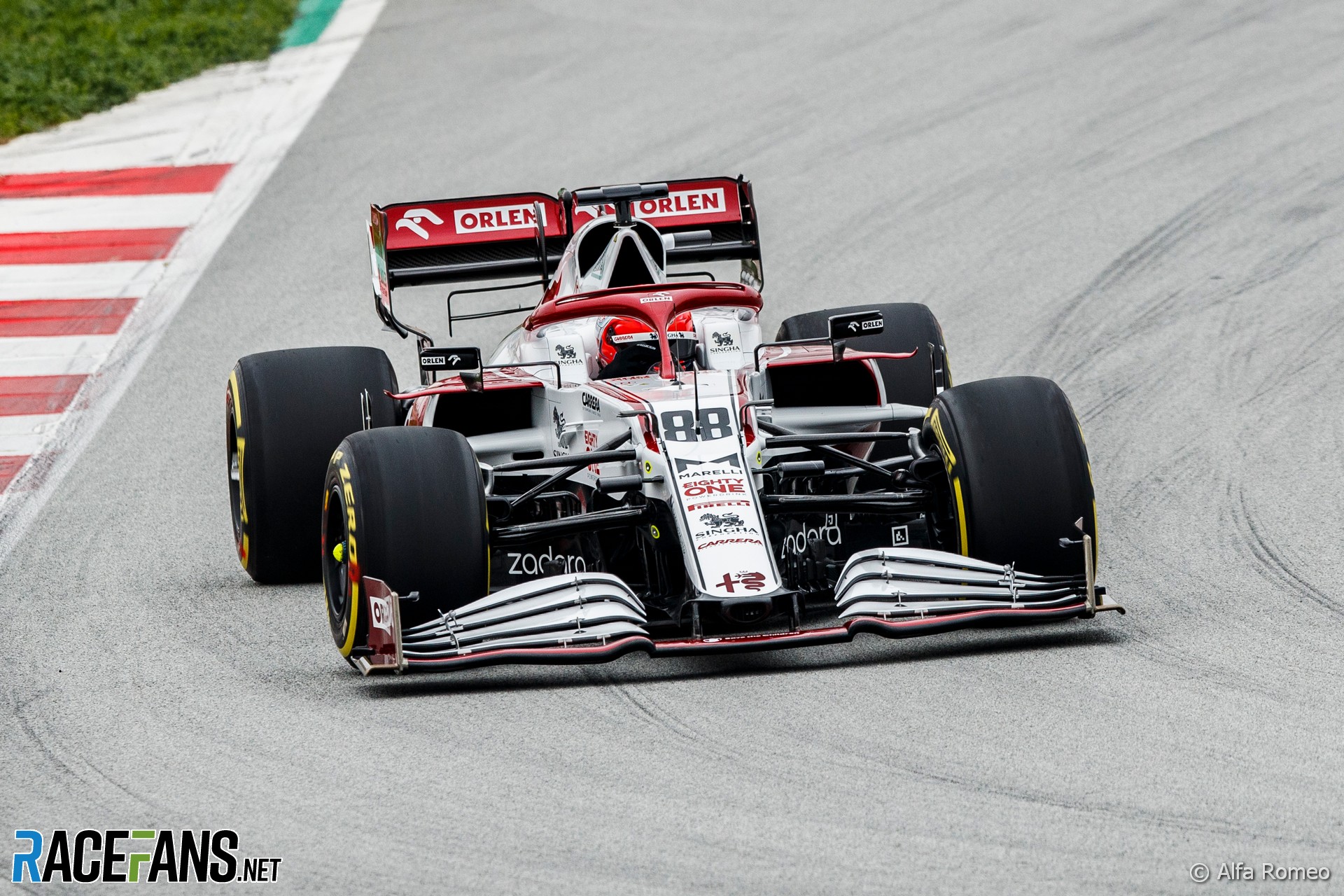 Alfa Romeo has revealed the first photograph of its new car for the 2021 F1 season running on track.

The C41 was launched on Monday in Poland. Test driver Robert Kubica was first to get behind the wheel, covering 29 laps of the short loop at the Circuit de Catalunya in a filming day today.

“It’s always a special moment to be the first to drive a new car,” said Kubica. “Today’s focus was on making sure everything worked as planned and to ensure all systems were functional, so performance was not an objective, but the thrill of driving a car like this isn’t diminished. The car felt good and I am looking forward to driving it once again later in the season.”

As is common across the field, Alfa Romeo’s new car is largely based on the chassis raced by the team in 2020. “The C41 is the result of a very unusual situation in Formula 1, in which the regulations have made us unable to develop an entire new car for this year,” said technical director Jan Monchaux.

“For this reason, our 2021 car shares a lot of common parts with the C39, with the exception of those which the regulations forced us to change – such as the floor – and the nosecone, in which we invested our two development tokens.

“This means we will know the car much better than usual when we get to testing, but it’s still going to be crucial to make the most of those three days to verify that reality matches our expectations and to get to know the new tyres. We are ready for the new season and we can’t wait to see our new car on track.”

The car is due to run next in pre-season testing which begins at the Bahrain International Circuit on April 12th.