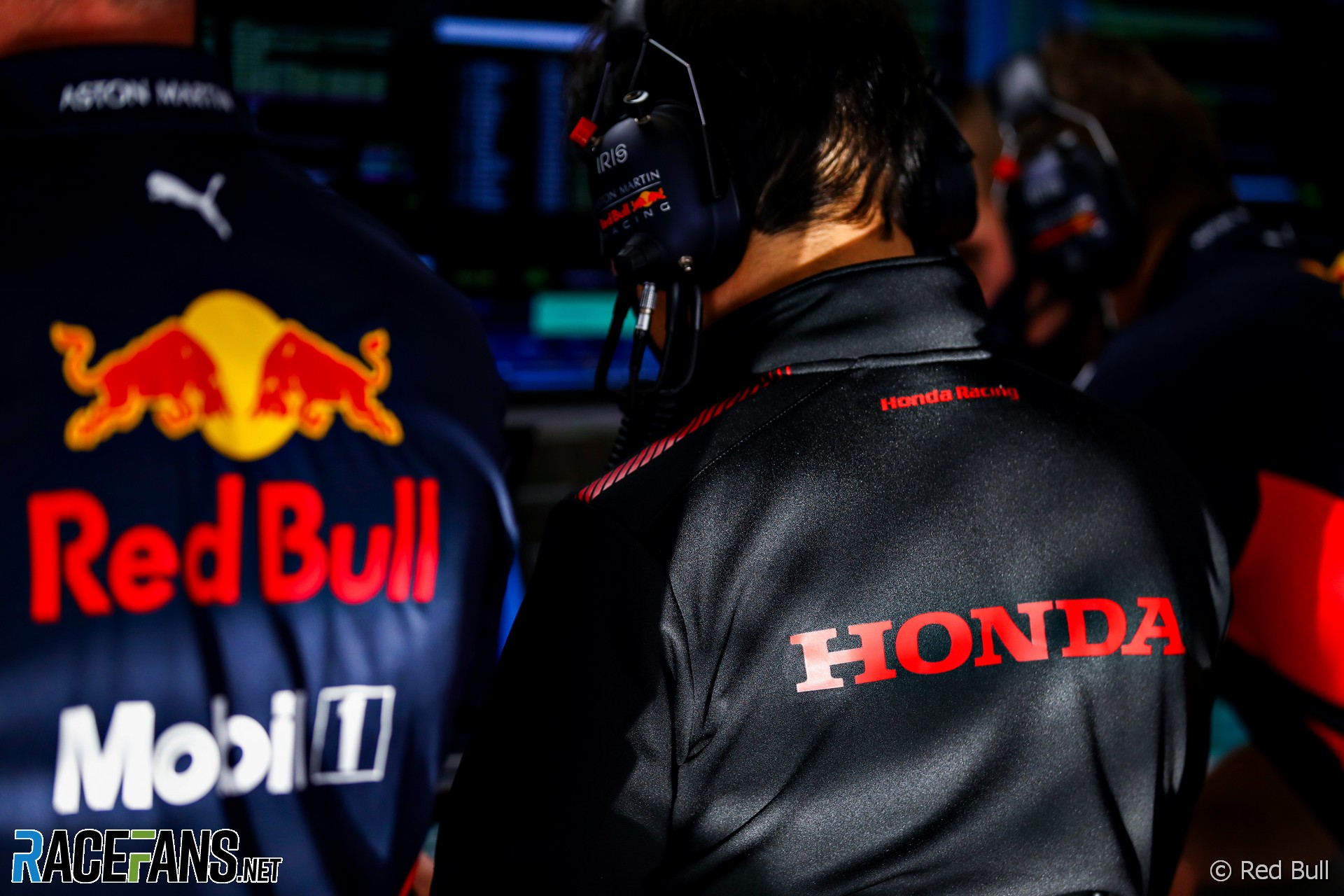 In the round-up: Red Bull team principal Christian Horner says there has been no discussions about Honda reversing its decision to leave Formula 1.

Horner was asked whether the new Red Bull Powertrains division, which will absorb some of Honda’s F1 operation in Milton Keynes, could be used by the manufacturer as a stepping stone to return to the sport:

I think Honda have obviously made their commitment that they’re withdrawing from Formula 1 to concentrate on fully sustainable technology by 2050 and so their company will be very much focussed on that. So there’s been no discussion or talk of a Honda return.

We’re just very grateful that they’ve accommodated this agreement and allowed us to continue with what I’m sure will be a competitive engine.

Antonio Felix da Costa was promoted to third place in the second Formula E race at Diriyah yesterday after his team mate Jean-Eric Vergne was given a 24-second time penalty for failing to use his mandatory second Attack Mode activation. Vergne stood on the podium after the race but fell to 12th in the final classification. The race was cut short because of a crash which occured after 34 of the 45 minutes.

Now you’ve heard the sound, make sure you see the reveal. 👀

STATEMENT: Following precautionary hospital checks @alexlynnracing has been discharged. He will back racing with the team in Rome

What happened in the crash was Lynn went airborne after coming in contact with Evans' rear tyre and the car landed badly. But the important thing is to wait for information on Alex and to hope for a good recovery.

(PS. Do not drink bleach. Not even ironically.)

"When he's given the command to start the engines Saturday at Homestead-Miami Speedway, it will be the first time Ferrucci has even started his new race car."

"They each have a lot of respect for each other, and they get along really well. It should be very good – and good together."

F1’s quiet Fridays have an appeal of their own, says this reader:

I go to the Fridays because they are chilled, because there is a lot of track time. You can actually see the drivers learn their cars, you can analyse their skills. You have the chance to appreciate the cars and to enjoy some other race classes.

Another joy is the fact it isn’t so horribly busy, meaning people that don’t or can’t enjoy busy spaces (people with mental health issues, autism etc…) actually have the chance to enjoy F1 without the hardship of having to endure 100,000 people.
SadF1fan