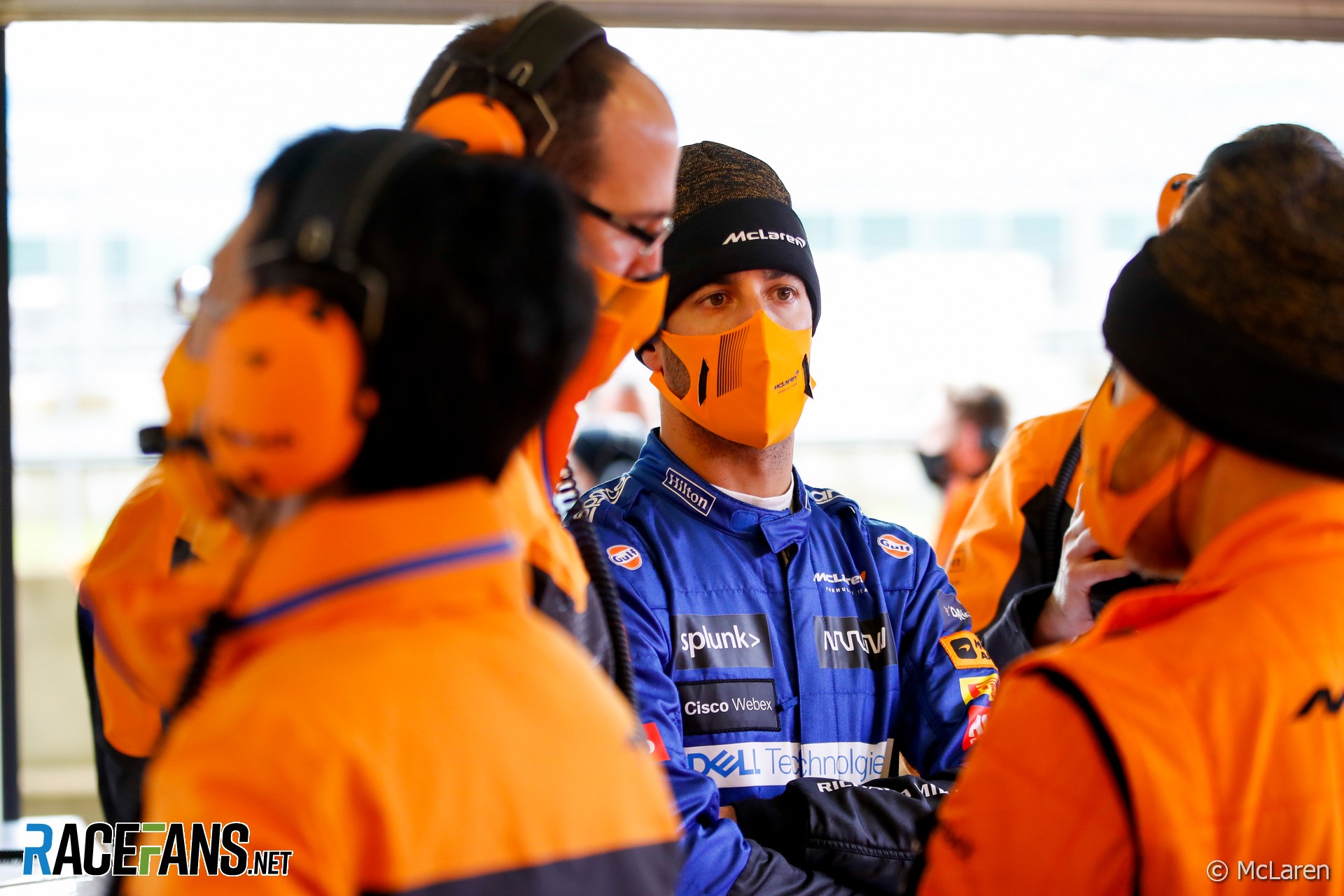 In the round-up: Daniel Ricciardo says it is vital he integrates completely with his new team as quickly as possible following his second move in three years.

The new McLaren driver was asked what is the most difficult challenge he faces after joining the team:

I think fitting in, in terms of feeling like you’re part of the team. Being integrated, not only into the driving side but into into all of it, into the engineering, into the strategy.

I’ve already had so many meetings at the MTC [McLaren Technology Centre] with not only my engineer, but really with the whole racing department. So it’s kind of like feeling like you’re sitting in the room with a voice and with enough knowledge that what you say will be taken on board.

So I think that kind of whole integration into all areas of the race team, that’s probably got a lot more power than just being the driver and only the driver. Feeling like you can sit in every room and have a presence, that’s probably the the most important, but also the most difficult thing to get going.

Formula E has released new video of the collision between @alexlynnracing and @mitchevans_
in yesterday's second race at Diriyah which sent the Mahindra driver flying through the air.pic.twitter.com/ubXKS3k0mq#FE

Bahrain has offered to vaccinate against Covid all personnel attending the Grand Prix. F1 "has no plans to be vaccinated as a travelling group ahead of the already established rollout of vaccines through the health system in the UK"

Today’s vaccine drive is one giant step towards defeating COVID-19. Thank you to our community partners for making it possible! Circuit of The Americas is thrilled to take part in such a massive, worthy undertaking. pic.twitter.com/tuCYr9PFQN

Felix Rosenwvist: "They’re getting better and better the last couple years. That’s something you want to be part of. And I feel the same goes for me. I’m trying to get my name into the top-level of the sport, and I feel this is a place I can do that."

"After a successful kart career, the young Romanian switched to the formula car in 2019 and made his debut in the Italian F4 championship. In 2020 Filip started for our team in the F4 Italian championship in six out of seven racing events, achieving one victory and several podium positions."

Life after seeing death: How Grosjean's family inspired him as he was engulfed by flames (CNN)

Several of you were unimpressed with how Formula E handled the coverage of Alex Lynn’s crash on Saturday:

Thankfully Alex Lynn is fine and he is discharged from hospital, but today wasn’t a good day for Formula E.

First of all, we had two drivers going to hospital after their massive shunts. In Mortara’s case, he had an incident quite familiar to the one Daniel Abt had during practice in Mexico 2020. In both cases there was a software glitch which made the car unstoppable (quite unacceptable in my opinion).

Not only that, but the way they broadcasted the whole Lynn accident was really amateurish. You could clearly see some medical cars rushing to turn 18 and the broadcasting team didn’t mention anything. To top that, the coverage followed race winner Sam Bird when celebrating, with the ambulance being right behind him.
Miltiadis (@Miltosgreekfan)