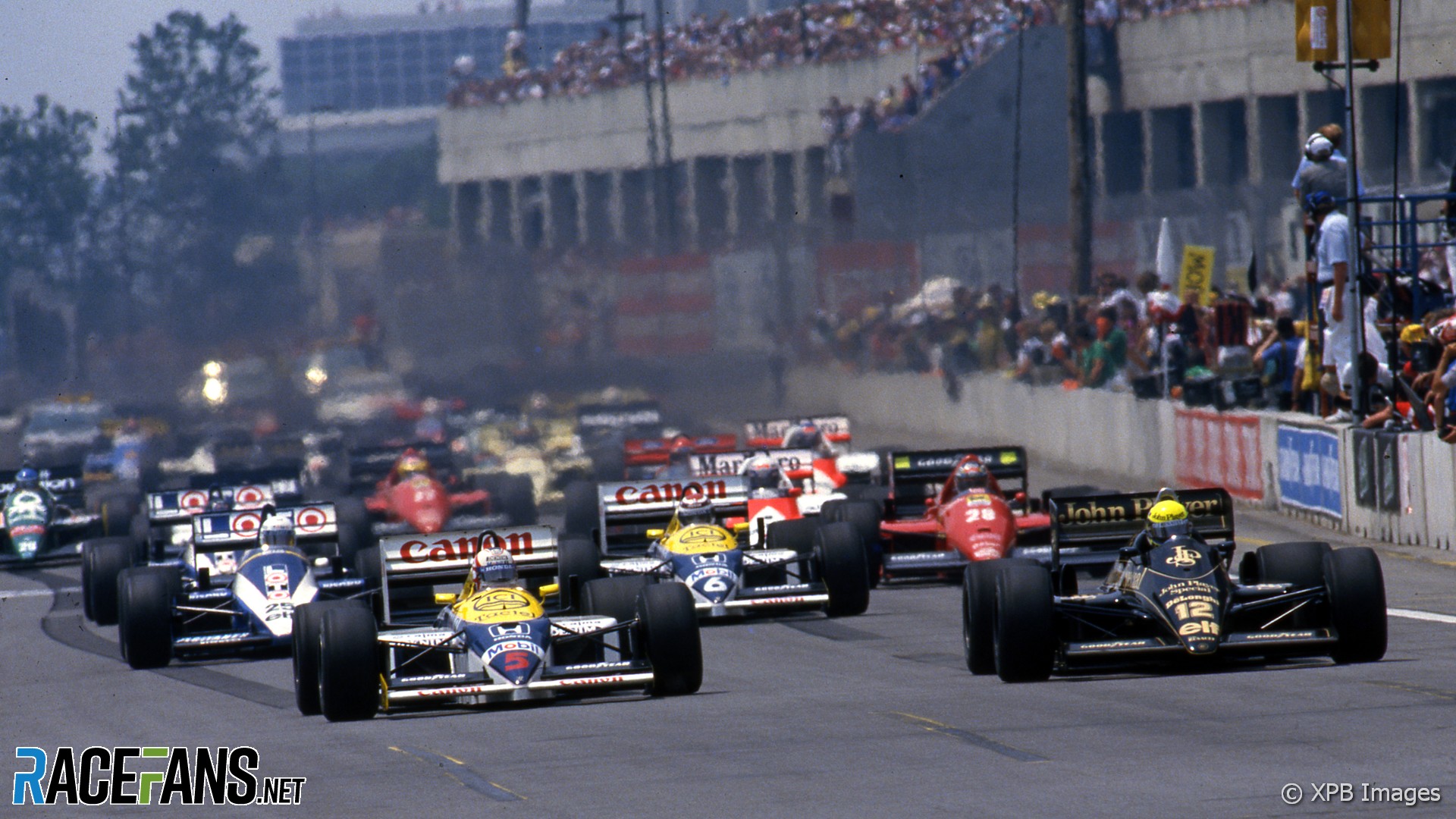 Formula 1’s plan to introduce Saturday sprint races to decide the grid this year is not a new idea. Not only has it been on the agenda for the past two years – and repeatedly failed to win favour – a similar concept was cooked up 35 years previously.

The two schemes came about for very different reasons, though in both cases drivers raised doubts over them. And while the original plan for Saturday sprint races was dropped in 1986, the latest proposal looks likely to win approval.

Formula 1 is pushing to introduce sprint races this year – on a three-race trial basis to begin with – for financial reasons which were picked apart in detail here previously. Turn back the clock 35 years to the height of the turbo era and a similar plan was being touted, albeit for different reasons: not income, but safety.

The death of star driver Gilles Villeneuve in a crash as he tried to take pole position for the 1982 Belgian Grand Prix focused F1 minds on the dangers of qualifying during the eighties.

In their Saturday trim, the cars of the day had outrageous power and grip. Turbo boosting allowed engines to be cranked up well in excess of 1,000bhp for a single flying lap. Rival tyre manufacturers Goodyear and Pirelli supplied their teams with ultra-sticky one-lap qualifying rubber.

The drivers of these single-lap specials were trying to set flying laps while dodging between rivals on slow laps around narrow circuits without the benefits of modern radios and GPS data to alert them of any dangers ahead. The potential for another crash such as the one which had claimed Villeneuve – his Ferrari was launched into the air when he struck Jochen Mass’s March – prompted calls for an alternative to qualifying.

So in mid-1986 the executive body of FISA (now the FIA) debated whether to hold short Saturday races instead of qualifying sessions to decide the grid.

Then as now, the rule-makers were anxious to avoid the impression they were diminishing the significance of the main event, the Sunday grand prix, by adding an extra race. A euphemistically-worded statement from the FISA Executive Committee therefore described the 1986 Saturday sprint race plan as “a qualifying session over a distance of 25% of the length of the race on Sunday”.

The fine details of F1’s latest sprint race plan have not yet been confirmed. What is known is that qualifying will be retained, but moved to Friday, and used to set the grid for a Saturday sprint race, which will in turn decide the starting order for the grand prix.

The most radical aspect of the current plan is that it wouldn’t be introduced for the entire championship, but just three weekends on a trial basis. Having multiple race weekend formats during a single season in this way is almost unheard of in modern times, and a major break with F1’s history.

But having tried and failed three times to win teams’ support for the much-derided – not least by drivers – reverse-grid Saturday race format, F1 seems to have finally twigged how to get teams behind sprint events. Namely, put the idea forward in the broadest terms possible so they have little to object to, let a working group work out the details, and produce a proposal which is likely to prove acceptable to all.

There’s a creeping sense of inevitability about the introduction of sprint races, right down to the spin on the official F1 website. “Ferrari trio Binotto, Leclerc and Sainz keen on F1 sprint race proposals”, it proclaimed yesterday, though RaceFans readers who had already seen the same interview here earlier will have noticed the later article omitted several of Sainz’s quotes which didn’t fit the headline.

You have to wonder whether the next PR move will be not to announce the final details of the format – for fear it may receive a critical response from fans – until the teams have already voted in favour of it.

The few drivers who have spoken about the latest sprint race proposal have given it an open-minded if cautious greeting. They have pressed the point that the value of winning a grand prix must not be diluted. It’s hard to imagine how this can be avoided while adding a second race to a weekend.

Go back 35 years and the drivers of the day had little time for the qualifying race plan. “It’s completely ridiculous,” fumed reigning champion Alain Prost during the French Grand Prix weekend. “We are the people involved in it and no one has consulted us at all.”

But the 1986 qualifying race proposal was not approved. Not so much because the idea was unpopular, but because the safety concerns which prompted it receded. An agreement was reached to reduce the power of the turbos, and ultimately phase them out entirely. And an unexpected change further lowered the stakes and reduced the potential dangers of qualifying.

In September that year Pirelli announced their withdrawal from Formula 1. At a stroke this ended their ‘tyre war’ with Goodyear. Without a rival to beat, Goodyear no longer had an incentive to produce qualifying tyres, and therefore stopped doing so in order to slash the cost of its F1 programme.

In Formula 1, money usually talks. And so, for the same reason, it would be a surprise if the latest sprint race proposal doesn’t get the nod of approval.