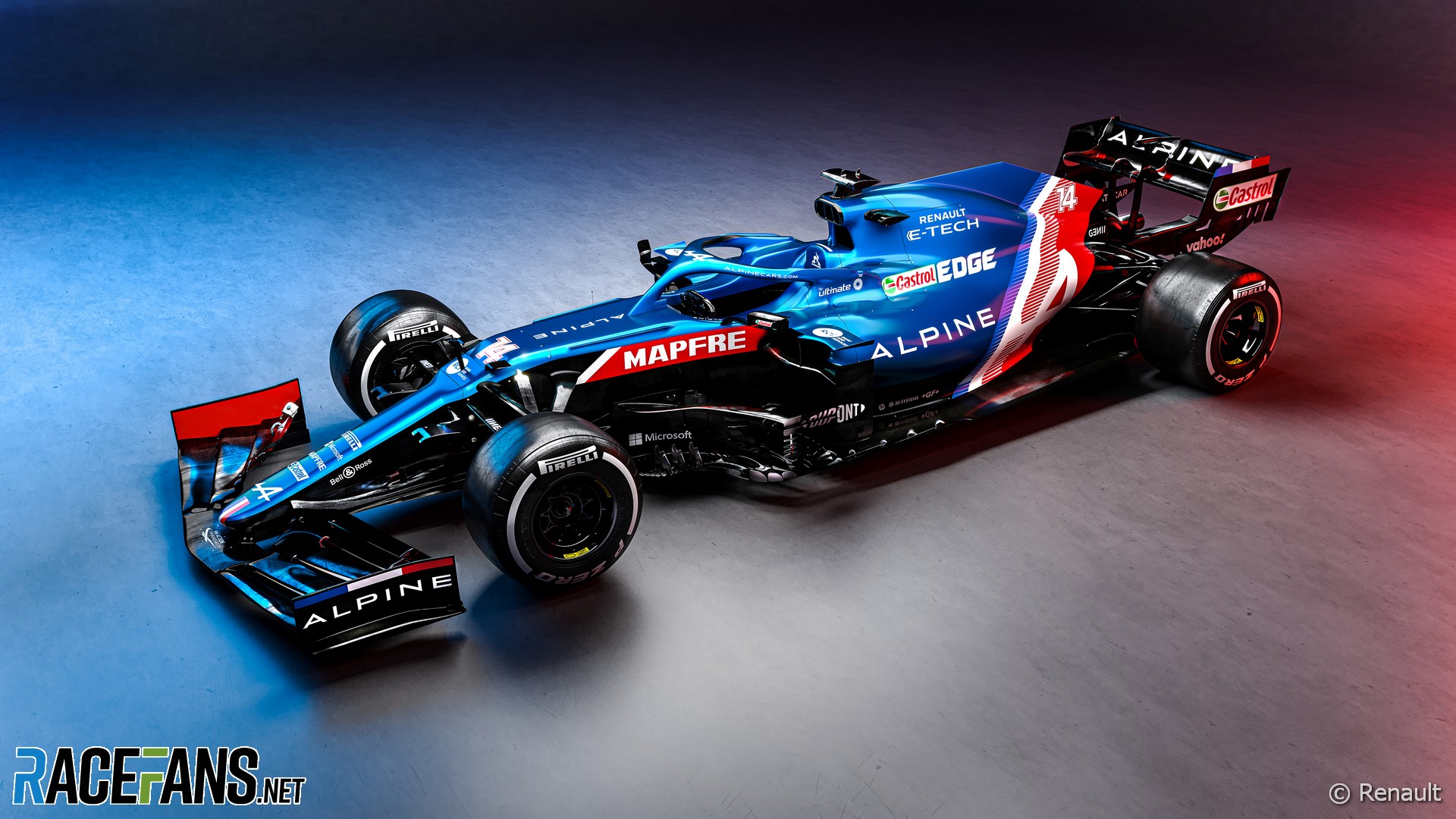 Alpine has revealed the first images of its A521, the car it will use to contest the 2021 F1 season.

Fernando Alonso and Esteban Ocon will drive for the team, which raced as Renault until last year.

Alonso, who is making his return to Formula 1 after a two-year absence, was unable to take part in the team’s virtual online launch, following his cycling accident two weeks ago. He won his two world championships with the team in 2005 and 2006, when it was known as Renault.

“I’m very motivated heading into this new chapter with Alpine,” he said in a statement,” and it’s of course very special to be back with the team that I achieved so much with in the past.

“The spirit is strong at both factories in Enstone and Viry-Chatillon and we’re all very excited for what’s ahead.”

Formula 1 teams are required to carry over much of their 2020 cars into the new season. Alpine executive director Marcin Budkowski therefore expects the team will perform similarly to last year, when they finished fifth in a closely-fourth midfield.

“Due to the relative regulatory stability, we shouldn’t see big differences in the competitive order of the field, however, the gaps are so small in the midfield that we still expect close fights at every track,” said Budkowski. “We know that small differences in performance can make a big difference in the final championship position.

“Certainly, we hope to build on the good momentum of last season, especially the second half where we scored three podiums, and carry it into this year.”

57 comments on “First pictures: Alpine reveals its Formula 1 contender for 2021”