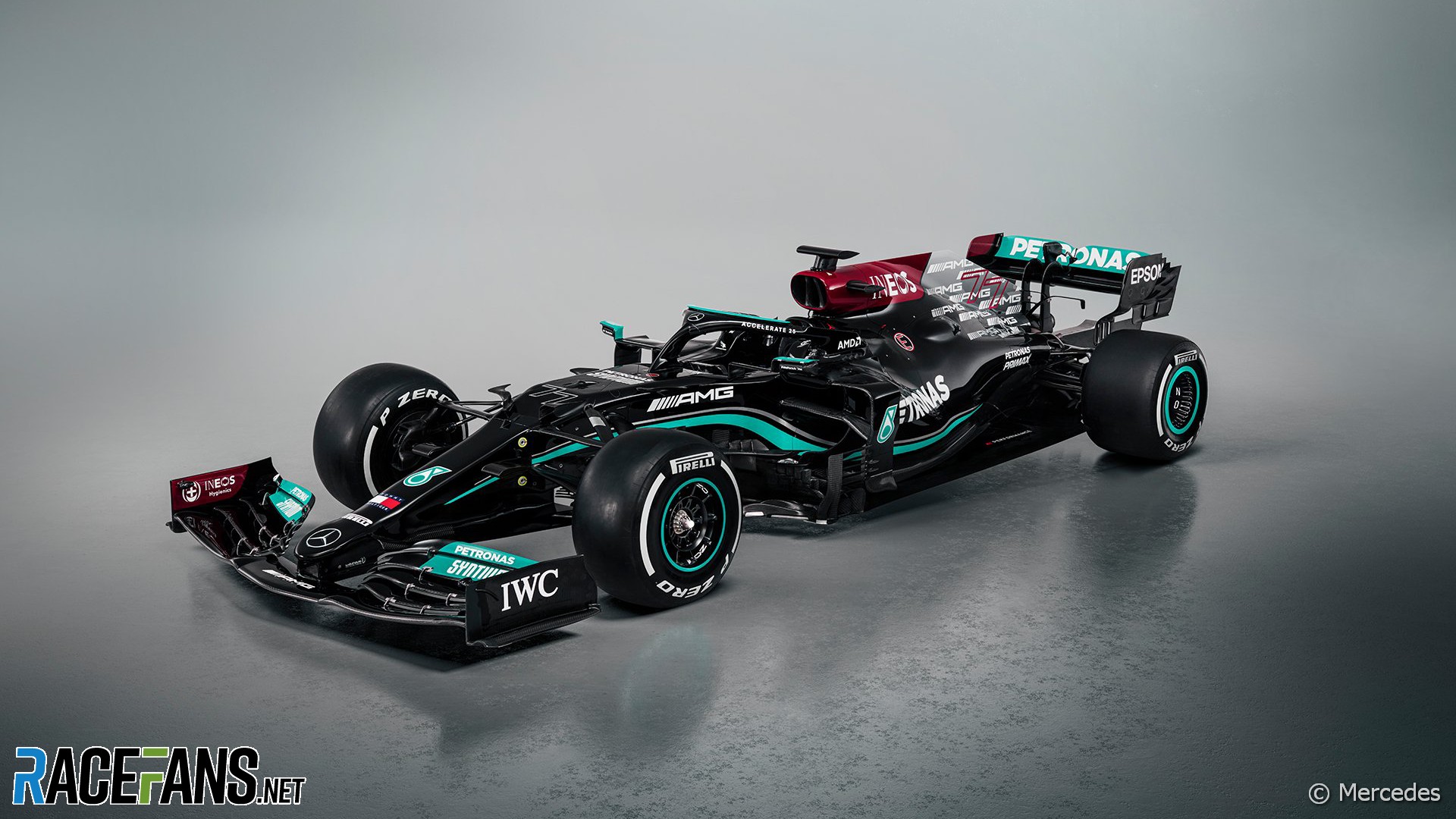 Mercedes has revealed the W12, its new car for the 2021 F1 season, which the team hope will continue its record-breaking run of championship success.

The car, which Lewis Hamilton will drive as he bids to become the first Formula 1 driver to win an eighth world championship, is officially known as the Mercedes-AMG F1 W12 E Performance. Valtteri Bottas remains as Hamilton’s team mate for the fifth year in a row. Between them the pair won 13 of last year’s 17 races.

Last year Mercedes launched its car in a traditional silver livery. However by the time the much-delayed season began the team broke with that convention and introduced a new black livery bearing the message ‘end racism’, reflecting the team’s commitment to promoting diversity. The substantially black colour scheme has been retained for the new season.

Mercedes has undergone a significant change in its ownership structure since the end of last year. Daimler has reduced its share in the team to one-third, which is matched equally by CEO Toto Wolff and petrochemicals manufacturer Ineos, which arrived as a sponsor last year.

Wolff says the team is still as hungry for more success as it was when he joined it eight years ago.

“Every year we reset our focus and define the right objectives,” said Wolff. “That may sound
simple but it’s damn hard and is probably why there are no sports teams out there with seven
consecutive titles. So many things can happen and it’s very natural to get used to success, and
therefore not fight as hard for it.

“But this team has not shown any of that. I see the same fire, hunger and passion now as I did the
first time I walked through the doors in 2013. Every season presents a new challenge and therefore, a
new goal for us to achieve.”