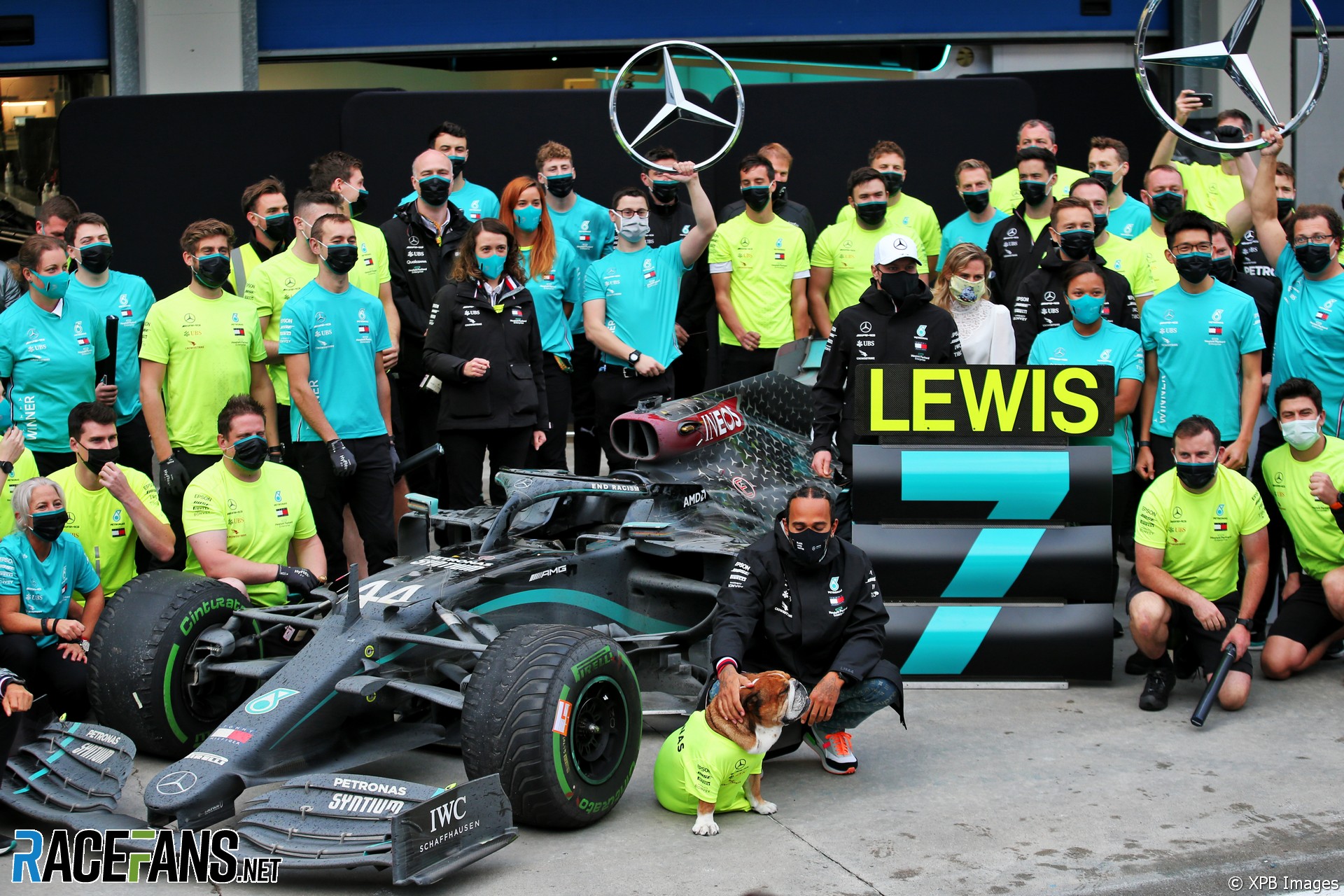 Lewis Hamilton says he isn’t planning to retire from Formula 1 if he wins a record-breaking eighth world championship this year.

The Mercedes driver equalled Michael Schumacher’s benchmark of winning seven world championships last year. But he isn’t planning to hang up his helmet as soon as he breaks the record.

“I’ve made a really important decision in my mind, that I don’t want that to be the deciding factor,” said Hamilton.

Speaking ahead of his 15th season as a Formula 1 driver, Hamilton said his passion for motorsport remains strong.

“Of course it’s the ultimate dream but I don’t think that’s necessarily going to be the deciding factor whether I stay or keep going. It’s more when I put that helmet on I still have that smile when I leave the garage. It’s going back to: do you enjoy it?

“Last year was a really tough year for everyone, including me. But I think there was still some really impactful moments. Will that be the case this year? We’ll see. Will I enjoy it as much? We’ll see. I’m excited currently, I’m sure I will.”

Hamilton said his decision to only extend his current contract by a single season did not mean his commitment to the sport had lessened.

“I’m fully invested in this season and delivering,” he said. “I still love what I do.

“I’m in the fortunate position that I don’t have to commit to multiple years so I chose to have a one-year deal then I could see how the year goes, where we’re at mid-year or towards the end of the year. Who knows whether we’ll still be in a pandemic. But it doesn’t mean that I’m not still committed very much to the sport.”

He is especially keen to continue promoting equality and see the results of the changes Mercedes have made to hire a more diverse mix of staff. The team has set itself a target to bring in at least 25% of all its new starters from under-represented groups.

“Last year you all wrote some great reports,” Hamilton told media in a conference today. “I think there was a lot of great discussion around this diversity issue and it still remains an issue to this day and it’s not going to change overnight.

“But what’s really important is to make sure that we’re actually delivering and actually taking action. I’m really proud of my team here, I’m already seeing the steps we started taking last year, particularly towards the end of the year, I’m starting to see that progress little by little and it just takes one step at a time.

“So that’s kind of my driving force this year too, to make sure that we continue to push for accountability. And on top of that hopefully I can deliver some good performances.”

2 comments on “Hamilton: Eighth title won’t be “deciding factor” whether I keep racing in 2022”