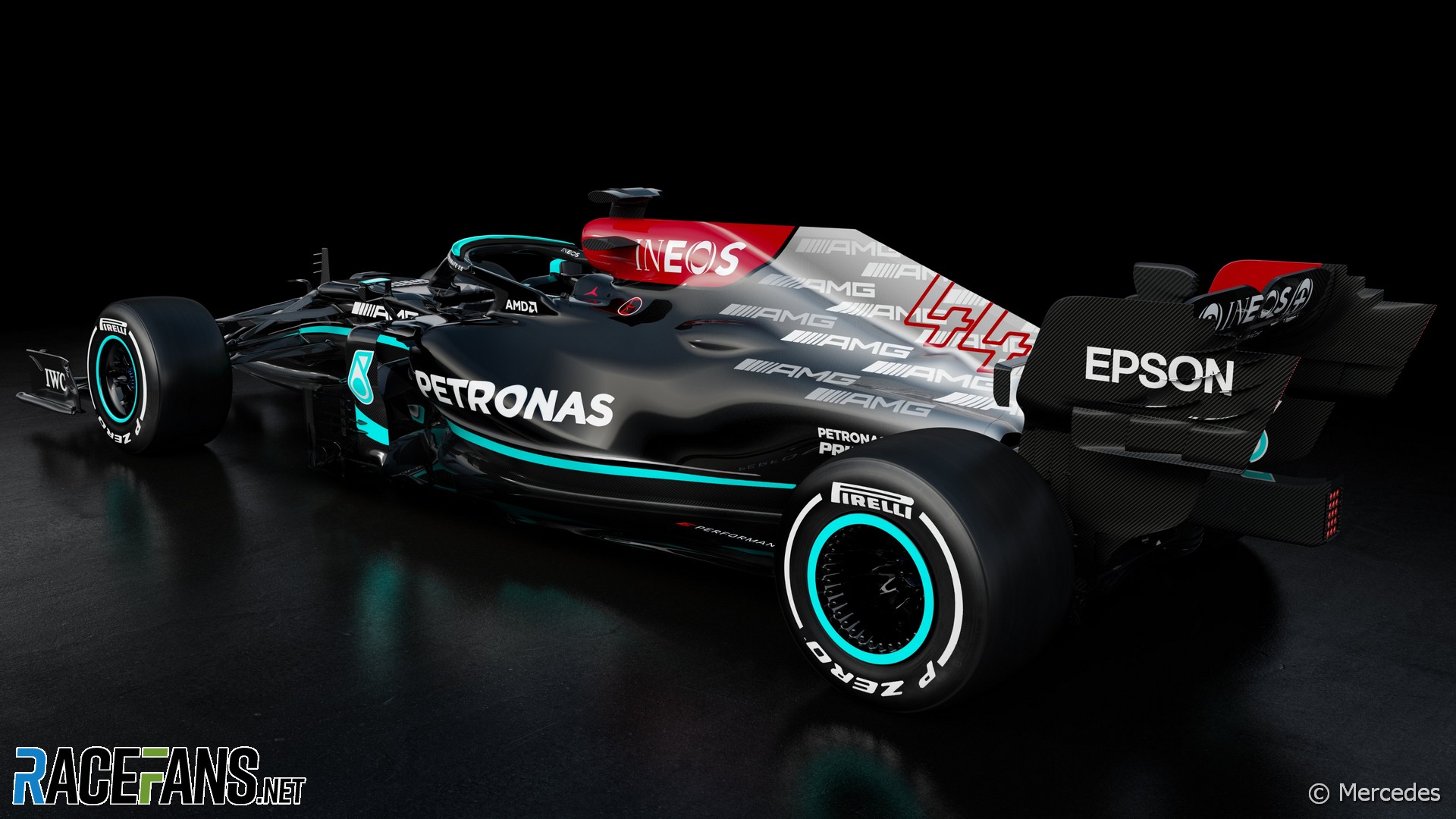 Mercedes says it has taken full advantage of the limited opportunity to make changes to its new car for the 2021 F1 season.

However technical director James Allison said the team will not reveal exactly how it has used the two development ‘tokens’ each team was permitted for 2021.

The restrictions on car development were introduced as a cost-saving measure for the 2021 F1 season before radical new technical regulations are introduced next year.

At the same time, aerodynamic changes were made to the car in a bid to reduce how much downforce they generate. This was prompted by tyre failures suffered by some cars, including both Mercedes, during the British Grand Prix last year.

“If you’re looking to slow a car down, which is effectively what the regulation changes were intended to do, modifying the floor is by far the easiest and cheapest way of achieving your objective,” said Allison.

“The floor is such an important aerodynamic component that small geometrical changes bring large reductions in performance. Once the rules had been established, our task was to figure out how to recover the losses brought by the changes.”

While the token system greatly reduces how far teams can change their designs for the upcoming season, certain areas have been left free for them to develop.

“There are some parts of the car that you can change token-free, for example the power unit, the cooling systems, the suspension and of course all of the aerodynamic surfaces,” said Allison.

“We have spent our tokens, but we won’t reveal how we used them just yet. That’ll become clear in good time.

“Once the racing gets underway, pretty much everything under the skin of the car must then be frozen for the entire year. With the specific permission of the FIA, you can make changes for reliability or cost saving, but if part of your car isn’t performing well, then you are stuck with it for the whole season.”

When designing its new car Mercedes found itself in the unusual position of having to add weight to their car in order to reach the increased minimum weight limit.

“2021 permits the cars to be 6kg heavier, and we have an additional few kilos to spend as a result of DAS being banned,” explained Allison.

“Beyond this, the carry-over rules have confined us to figuring out how we can make some parts live longer, so we don’t have to replace or buy them so often.”

As is the case for all teams, the world champions will have to balance the needs to develop this year’s car and their new design for the 2022 F1 season.

“The ideal situation would be to have a car that is so brilliantly fast, you can almost turn your back on it immediately and focus on the next one,” said Allison. “But Formula 1 is never that simple. The siren call of the 2021 racing campaign will inevitably draw our attention from the seismic changes of the 2022 regulations.

“We will walk a tightrope all year between doing enough to be competitive in 2021 and putting as much as we dare into 2022. Managing the bird in the hand and the one in the bush is the eternal challenge of F1 and doing so in the face of both the cost cap and the completely new 2022 technical regulations will be a challenge like no other.”