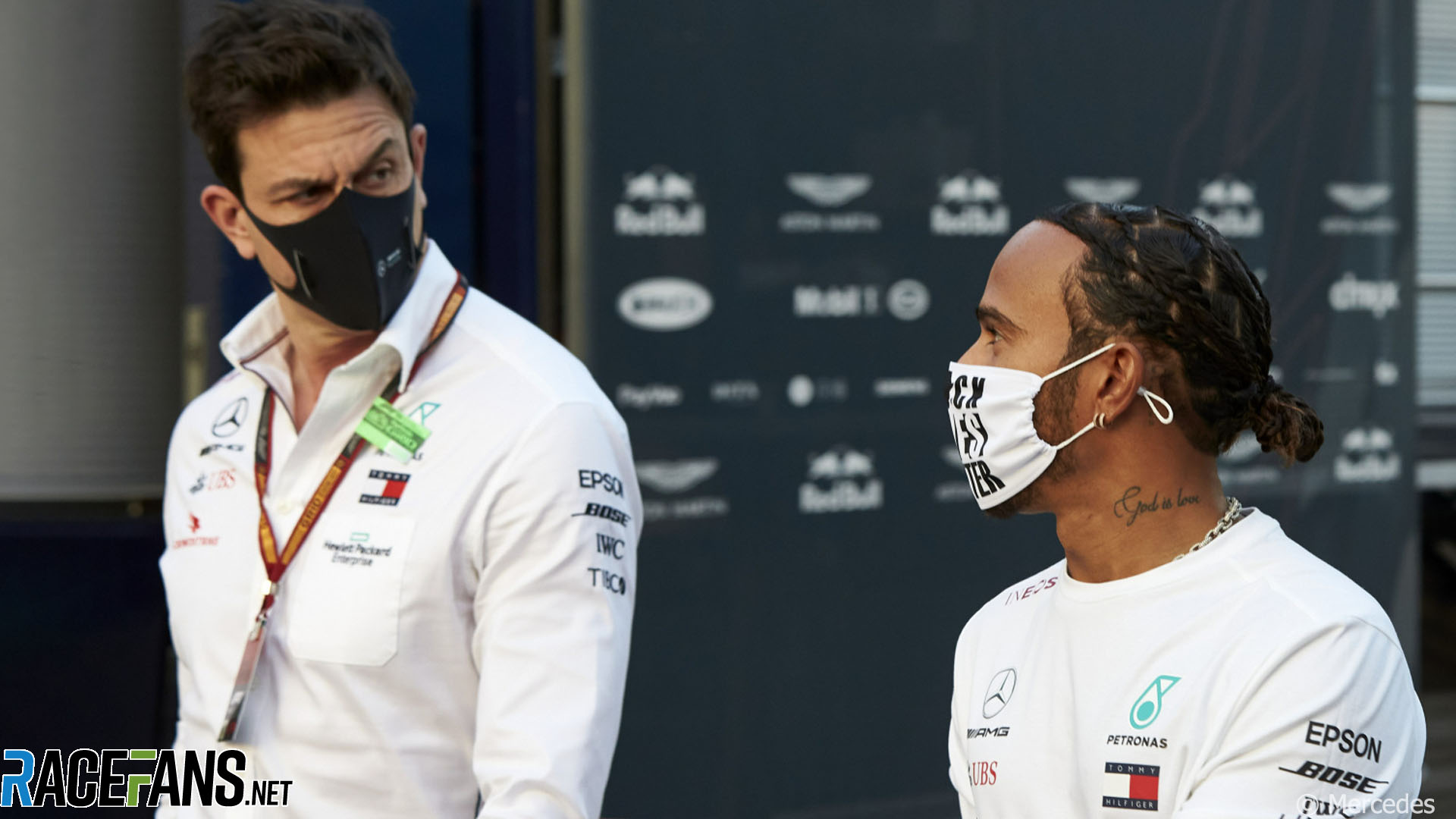 Mercedes CEO Toto Wolff says he will begin talks with Lewis Hamilton on his next contract “much earlier” than he did last year.

The team only confirmed Hamilton’s latest one-year deal in February. He does not have a contract for the 2022 F1 season.

Red Bull team principal Christian Horner recently claimed Max Verstappen would be Mercedes’ first choice if Hamilton were to leave the team. However Wolff made it clear Hamilton will take priority.

“The sheer fact that we have had so much success together in the past and the relationship that we have, the trustful relationship, will mean that any conversations we will have on 2022 and the future we’ll first deal with him,” said Wolff.

“The symbiosis that we have in the relationship is always that we have a mutual understanding of what we want to do in the future,” Wolff added. “And that will be also the case in the discussions with Lewis going forward.

“Max is certainly an outstanding young driver that will be on everybody’s radar in the future. But we are not flirting outside before we have a clear understanding with our two drivers.”

Hamilton said today he does not feel the need to commit to a long-term deal. However Wolff said both are determined not to leave their next deal as late as they did in 2020.

“We have agreed that we want to pick up the discussions much earlier this year to avoid a situation like we had in 2020 to run out of time and be in the uncomfortable position that there is no time left before the beginning of the season,” said Wolff. “That’s why we only did a one year contract, in order to allow us to discuss the future in racing and outside of racing longer and with the right amount of time.”