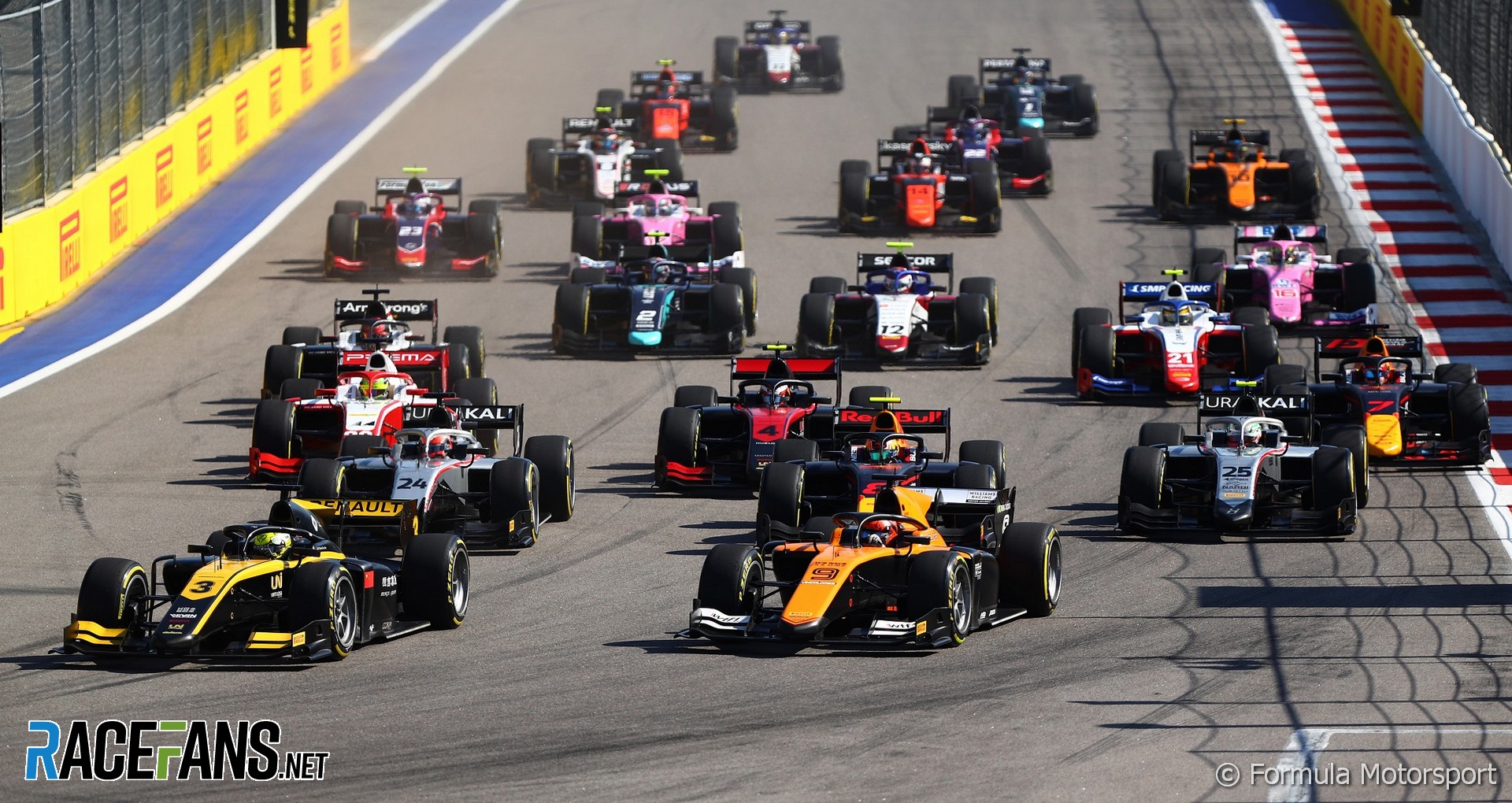 In the round-up: Trident has confirmed its two drivers for the 2021 Formula 2 season, leaving all bar one of the 22 seats filled.

Sato and Viscaal to drive for Trident

Marino Sato will continue for a second season of Formula 2 at Trident, who he joined after winning the Euroformula Open series in 2019. His team mate will be 2018 Euroformula runner-up Bent Viscaal, who finished 13th in Formula 3 with MP last year, scoring a single win in the 10th round of the series at Silverstone.

“We had Bent with us for one day of testing last December in Bahrain,” said Trident team manager Giacomo Ricci, “and we had the chance to appreciate his speed skills multiple times. We remember the win he snatched from our driver [Lirim] Zendeli last July at Silverstone in the Formula 3 championship. We are convinced we will be able to reach great results together, and we will provide him with our best support to help him to find his fit with our family as quickly as possible.”

Trident’s announcement leaves MP as the only team yet to confirm its line-up. Zendeli, who is also stepping up from Formula 3, is their only confirmed driver so far. The season begins on March 27th in Bahrain.

And while our friend @alo_oficial can’t physically be with us, rest assured he is paying close attention!

"When asked what steps he has taken to educate himself, Mazepin replied: 'I totally understand they are correct in their feelings and that I was not correct with my actions. I'm not proud of it.'"

"I can attest to the fact that he’s really motivated. But I don’t think the motivation is to prove the nay-sayers wrong. I think it’s just how he is. I think he’s just driven to do the best he can."

Does modern IndyCar racing need to be less of a ‘single-spec’ series?

I still think it’s a shame IndyCar is so much more spec and restricted now than it used to be in the CART heyday where it was so much more interesting.

The current IndyCar may be more competitive than in the CART days but I feel it’s so much less interesting in every other regard and overall it’s quite a bit less exciting as it’s missing much of what made the series so thrilling and spectacular back then.

Seeing a field featuring a dozen different looking chassis was just more interesting visually and that on top of individual teams doing there own tweaks and development added that bit of extra to follow on the technical side. And with engine development a bit more open, tyre competition and things it was a series that was almost as interesting as F1 on the technical side as you could follow those developments race to race just as you do in F1.

And of course the performance of those cars was much more impressive and I think they were up to 900bhp before CART became ChampCar and went to the de-tuned spec Cosworth in 2003.

And to be clear I’m not saying that the current IndyCar is bad, Just that it is significantly less interesting/exciting than it was before Tony George went on his power trip and ruined it with the split. I’m sure those that only know it the way it’s been think it’s great but those who remember what it was in the CART days are likely to be more down on it because it simply isn’t as good as it was in any regard. Hence why it’s way less popular now compared to what it used to be.
@Roger-Ayles