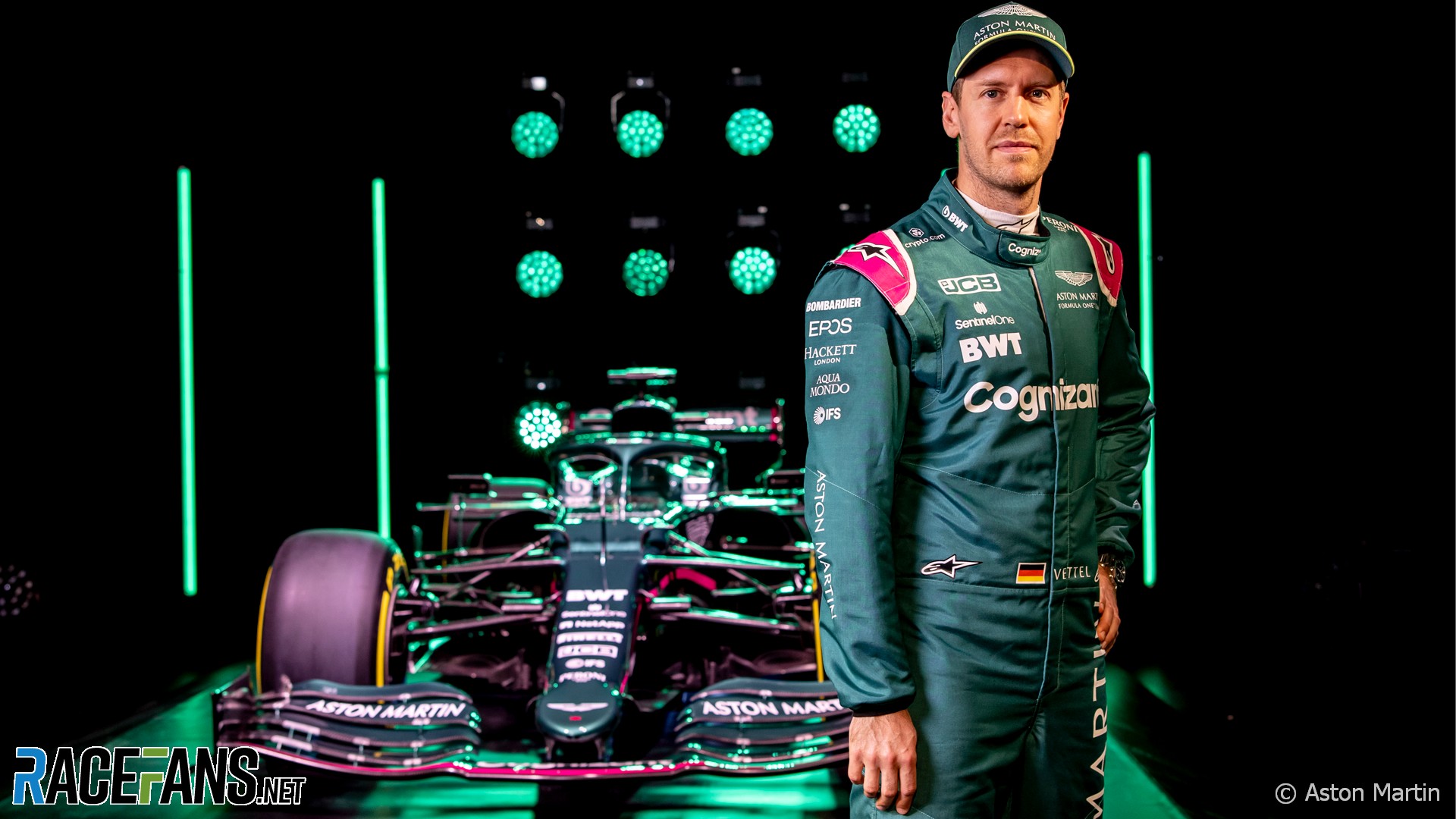 Sebastian Vettel says he’s put his troubled final season at Ferrari behind him and is excited by his new opportunity at Aston Martin.

The four-times world champion endured a poor 2020 campaign, sinking to 13th in the championship with barely a third of his team mate’s points haul.

Vettel learned before the season began he would not remain at Ferrari, and has joined Aston Martin as team mate to Lance Stroll for 2021. The team, previously known as Racing Point, presented its new car for the upcoming season today.

The 33-year-old has been hard at work adjusting to his new team. “I spent a lot of time with engineers trying to get on top of all the differences,” he said, “not just technically, but also procedurally. Hopefully it doesn’t take a lot of time to get into the groove. [It’s a] very, very excited group of people, great spirit, so generally I’m in a very good mood.”

Ahead of his first run in the AMR21 in a filming day at Silverstone tomorrow, Vettel has done some preliminary work in the simulator to adapt to the chassis and its Mercedes power unit, both of which are new to him.

“In the sim it’s very difficult to compare because every sim is a bit different by the hardware of the sim you use and also how the car feels, how well you are able to feel the car’s behaviour, et cetera,” said Vettel.

“I’ve been fortunate enough to get a little bit of running and to get into the groove and get some feedback. I think it’s a never-ending developing the sim in terms of realism and correlation. I think there’s still a lot that can be done, a lot of work in general ahead of all of us as a group of the team.”

Vettel said he’s “at peace” with his sub-par 2020 performance and expects much better things this year.

“I’m obviously not happy with how last year went in terms of performance, partly my performance. I accepted in terms of I’ve been living through it and I don’t have any regrets. Obviously there’s things that didn’t go well and things that I would’ve liked to do better, differently and so on.

“But ultimately I’m very much looking forward to this year. I’m very much at peace with last year. I know that it hasn’t been to my standards that I mostly hold myself.

“I’ve never really cared what people think or say or write. So that’s why I think it’s important that I am at peace with that myself. And as I said, very much looking forward to this year and for sure having very, very high expectations myself.”