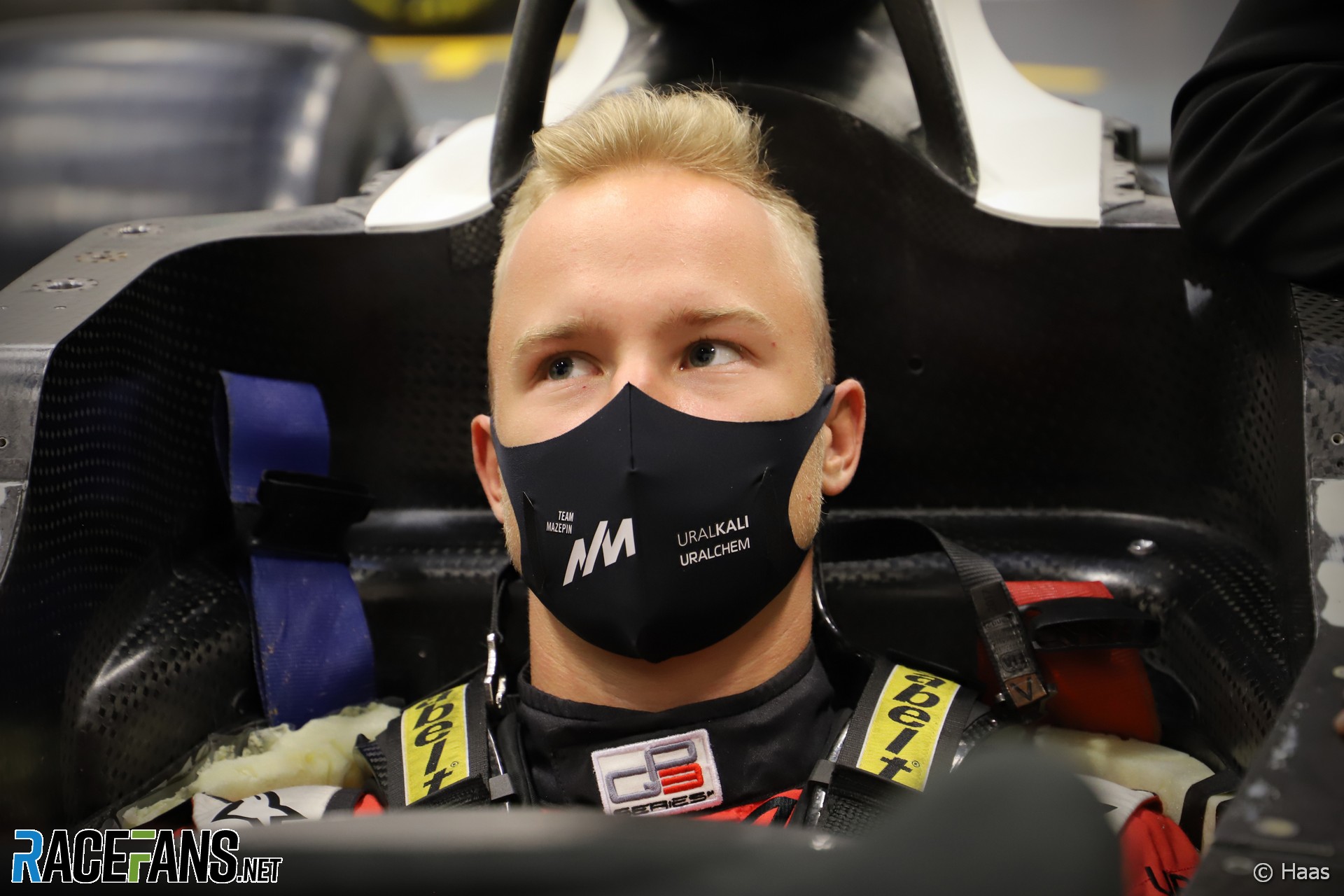 Haas driver Nikita Mazepin refused to say whether he has apologised to Andrea D’lval, the woman he was seen groping in a video he posted on social media in December.

Speaking to media for the first time since the incident three months ago, Mazepin confirmed he was the person who uploaded the video and not D’Ival, as was claimed at the time.

“I take the responsibility for my actions, I’m very firm in that,” he said. “In regards to the video coming on to social media, I can say it was in my hands that I’ve put it there.”

However he refused to say whether he had apologised for grabbing her breast while the pair sharing a car together.

“I think her privacy matter is very important in this case,” said Mazepin. “I don’t think it would be correct for me to bring other people into this very wide media discussion. And that’s why I’m not going to do that.”

In a 20-minute conference involving media including RaceFans, Mazepin faced sustained questioning over the incident before journalists were asked to address other subjects. The video, which has prompted strong criticism from fans, appeared eight days after Haas announced the Formula 2 driver will race for them this year.

Mazepin said he was “not proud” of the incident and that he “didn’t behave as I’m meant to behave being in Formula 1.” He said he had been slow to realise the different expectations people would have of him after his promotion.

“Graduating to Formula 1 and being a Formula 1 driver means that all of a sudden you become an example to a lot of young kids who are aiming to get to the same championship. So with that you have to bring a certain way of behaviour towards yourself.

“I haven’t done it instantly because I was too late to realise that, unfortunately. In regards to what I’ve learned it’s quite clear first of all with the behaviour that you are meant to bring with yourself and second how you are meant to act on social media and off social media.”

“Obviously the transition phase between Formula 2 and Formula 1 is very big,” Mazepin added. “So there’s a lot on your mind. The learning curve is very steep when you have to get into your first race. So obviously that takes the very big part of your brain capacity.”

Haas strongly criticised the emergence of the video in December, describing it as “abhorrent” at the time. Mazepin said his team has been “very helpful” towards him since then.

“I would like to say a big thank you to the team because they have been really supportive in helping him to learn through this incident,” he said.

“They’ve been very patient in taking the time and helping me learn this matter further and I think that in my education phase on the whole behaviour incident I’m way further than I have ever been. So that’s very helpful.”

The team has been inundated with complaints about their decision to keep Mazepin in their line-up for the upcoming season. He hopes he can prove he deserves a place in Formula 1.

“I’m not going to be able to put words in people’s mouths. I am pretty sure that I will be delivering on-track. I’m confident that with the effort I’m putting in and with the actions I’m taking. The results will be there and I’m going to try to have the racing do the talking.”

Asked whether he understood his actions in the video were wrong, Mazepin said: “Yes, I understand.

“I have taken the responsibility for it as I said previously, both on and off the circuit. We as human beings have to show a certain behaviour towards each other to live in a calm and, you know, ‘humanity’ world. So I’m confident that I will be one of those humans from now.”